News Release: In Solidarity With The United States At 240: To Whom Much Is Given, Much Is Expected! 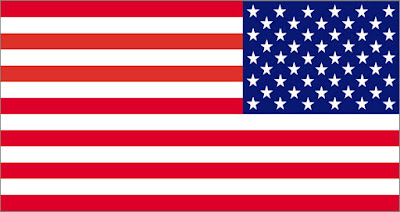 The leadership of International Society for Civil Liberties & the Rule of Law (Intersociety) is in total solidarity with the United States of America over her 240th Independence birthday, officially marked yesterday, 4th of July 2016. The US Embassy in Nigeria had earlier on 30th of June 2016, organized an exclusive event to mark the anniversary, in which Intersociety was represented by our Board Chairman and IVLP fellow: Emeka Umeagbalasi.


We solemnly wish the great Peoples of the United States a warm and prosperous Independence birthday and many more centuries of existence as a united and peaceful country. The United States of America, composed of 50 States and the Puerto Rico, have in spite of all odds remained the world’s epicentre of freedom, liberty and pursuit of happiness and a source of great inspiration to billions of global people and emerging republics in the art of democratic freedoms, free speeches, liberties and pursuit of happiness.

The major trust of the US statehood is her Independence Speech of July 4, 1776; authored and delivered by Thomas Jefferson who was inspired by John Locke’s 1690 book: “the Second Treatise of Civil Government”. The speech has remained a great resource for global pursuit of freedom, liberty and happiness till date. The Independence Speech of the United States of America sacredly holds as follows: “We hold these truths to be self evident that all men (and women) are created equal and endowed with certain natural and inalienable rights, and most important being of life, liberty and the pursuit of happiness. And to protect these rights, men set up government whose authority rests on their consent. And whenever a government ceases to do what it has been set up for, its citizens have a right to change it or its order and put in place a new government or a new order that will provide for their safety and happiness”. This marks the beginning of the pursuit of freedom, liberty and happiness in the United States and beyond its shores. Thomas Jefferson De Thinker later became the third President of the United States from 4th of March 1801 to 4th of March 1809.

It is also historically important to remind all and sundry that the areas now called “Americas” (inclusive of the United States, North and South American Continents) were discovered through voyage expeditions between 1492 and 1504. The first expedition was undertaken by Christopher Columbus De Great, born in Genoa, Italy about 31st October 1451. He lived for 55 years and died in 1506. The Christopher Columbus’ expedition to Americas started in January 1492 through the sponsorship of King Ferdinand of Spain. He left for Americas and was accompanied by the duo of Pinta and Nina. Following his successful exploration, he later named the areas “the New World”, which also opened same up for European colonization and Atlantic Slave Trade for the purposes of agro-slavery and colonization.

The mother of all explorations to the “New World” was that undertaken by another great Italian-Spaniard sailor named Amerigo Vespucci; which extensively covered a long period from 1497 to 1504. Amerigo Vespucci De Great was born in Florence, Italy in 1454 and he died in 1512. His expedition was expansive and extensive covering the “South” and “North” Americas put together.

The decision to name the entire areas after him followed a historical suggestion made by a German humanist and cartographer: Martin Waldseemuller in his 1507’s Quattour Americi Navigatiniones or “Four Voyages of Amerigo”; in which he seminally suggested that “the newly discovered new world should be named ab Amerigo Inventore or the Land of Americus or America. In other words, the word “America” was invented in 1507 by a German cartographer (map maker) called “Martin Waldseemuller”.

Following great inspiration derived from the United States’ Independence Revolution, the French Revolution of 1789-1799 and her 1789 Declaration on the Right of Man and Citizen took place and swept away the Monarchical regime of King Louis XV1 (executed in January 1793), and in deep appreciation of the Freedom and Liberty derived from the American Independence Declaration, the Republic of France and her People presented to the United States and her Peoples the copper-built “Statute of Liberty” during the American 110th Independence birthday on 4th of July 1886. The Statute of Liberty, measuring 151ft from base to its torch, was delivered to the United States on 18th of October 1886. It is also called “Statue for Lightening the World”, and was designed by a French Sculptor called Auguste Barthrodi and built by another Frenchman called Gustave Eiffel. The Statue of Liberty is presently located in the Liberty Island in New York Habour in the New York City.

We wish to congratulate all the Peoples of the United States including her 315 million population and about 11 million unregistered residents or illegal immigrants. Our special tribute must also go the “Red Indians” who were first met by various explorers farming on the lands of the New World. The phrase “Global Village”, also had its inventory root in the then “New World” in 1500s, courtesy of British Marshal McLuhan, who defined same as “a village cleared by a high level of information technology”. Over 480 years later in 1989 on the eve of collapse of the cold war, the phrase: “global village” was dusted up, operationally defined and adopted as a global language and use by the United Nations.

Finally, to whom much is given, much is expected. That is to say that the United States must continue at all times to live up to her global responsibilities particularly in the areas of promotion and advancement of international peace and security and democracy, good governance and human rights under the UN system and leadership. The authorities of USA are called upon to issue red cards to Africa’s dictators and turn their back against perpetrators of regime atrocities on the Continent.

The US must also review her Small Arms & Light Weapons production and sales policy in Africa and desist from selling or encouraging sales of SALWs to rogue regimes like the Buhari administration in Nigeria, which mindlessly and wickedly deploys them for the purpose of killing and massacring unarmed, nonviolent and defenceless citizens who engage in democratic assemblies and free speeches.  As we write, over 1500 non-combatants or civilians including over 200 members of the Pro Biafra Agitation groups and over 700 members of the Shiite Muslim sect have been massacred by the Buhari administration using Small Arms & Light Weapons sold to its administration by the United States and other western powers.