News Release: Uselessness Of The Judicial Panel Of Enquiry Into Zaria Shiite Genocide 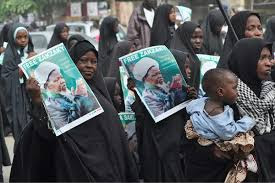 In line with our three core advocacy objectives of ensuring at all times that human rights are extensively made accessible to their holders/owners; protective for victims of their violations; and accountability of the State and non-State actors over the perpetration and commission of human rights abuses and other regime atrocities, irrespective of class, religion, tribe or sex; it is our (Intersociety) firm declaration that the Judicial Panel of Enquiry set up in January 2016 by the Government of Kaduna State to look into the so called “Army-Shiite Clash” (Shiite Genocide) of December 12-14, 2015 in Zaria, Kaduna State; is nothing but an act of uselessness and effort in futility. Fundamental flaws inherent in the Panel’s constitution, composition, legal status, procedures, proceedings, outcomes and enforceability are also basket-loaded.


To set the records straight, there was no clash between the soldiers and members of Islamic Movement of Nigeria (IMN) on 12th of December 2015, but purely a premeditated and well coordinated State terror and genocide. Even the kangaroo Kaduna State Judicial Panel of Enquiry admitted that “one army corporal was lynched while at least 347 corpses of members of the Islamic Movement of Nigeria were massacred by soldiers in the presence of its COAS and buried in mass graves”. Till date, there is no evidence of violent uprising or mob-violence targeted at the Nigerian Army or the convoy of its COAS, Lt Gen Turkur Buratai by the Islamic Movement on the said date. Same is the case in the IPOB and its associates peaceful assemblies and jubilation matches of 30th of August, 2nd December and 17th December of 2015 in Onitsha as well as those of 18th of January, 29th of January, 9th of February and 30th of May 2016 in Aba, Nkpor, Onitsha and Asaba in which as much 250 unarmed and defenceless activists were massacred with over 400 terminally shot, battered or lacerated. The perpetrators of these two genocides are still on the prowl as we speak.

It is recalled that the genocidal massacre was carried out on December 12, 2015 in the presence of the Chief of Army Staff, Lt Gen Turkur Buratai and his convoy leading to massacre of hundreds of Shiite members on the spot. The Shiite members were performing their annual faith processions, using a major road in Zaria, leading to heavy human traffic, which slowed down vehicular movements including the convoy of the COAS, Lt General Turkur Buratai. The massacre was repeated on December 14, 2015 at the Shiite headquarters in Zaria during which hundreds of other Shiite members were massacred, their headquarters raised and their leader, Mallam Ibraheem El-Zakzaky shot, battered and abducted till date. A lot of 809 Shiite members were killed or made to disappear till date, according to detailed statistics and pictorial evidence released by the Sect. The Government of Kaduna State later admitted burring 347 corpses in mass graves.

The Panel of Enquiry under reference totally lacks local contents and fundamental ingredients of enforceability and applicability. It is also procedurally blundered, culprit-escapist and an enemy-visitor to two fundamental foundations of the rule of law: nemo judex in sua causa (nobody should be a judge in his or her own case or cause) and audi alteram partem (listen to the other side or let the other side be heard as well). It must be clearly stated that panels of enquiry generally speaking, are nothing more than fire brigade approaches and soft landings for culprits.  In most cases, they end up creating hyper-victimization.

Perpetrators of regime atrocities recklessly use Panels of Enquiry to escape criminal responsibilities and where any of them is rarely indicted; their white papers are hardly implemented or enforced by the constituting authorities. Panels of Enquiry are also holistically State-actor arrangements; designed in such a way that the same human butchers and human rights abusers are invited to right their own wrongs and sit over judgments in the same regime atrocities they are suspects or committers, either vicariously or individually.

Therefore, in the case of the Kaduna State Government Judicial Panel of Enquiry under reference, headed by one Justice Muhammad Lawal-Garba, which had sat and wound up, the following grave flaws abound in its constitution, composition, legal status, procedures, proceedings, outcomes and enforceability: (a) the Kaduna State Government, which constituted it is vicariously an interested and culpable party (a grave violation of the principle of nemo judex in sua causa); (b) the victim-group (Shiite Muslim Sect or Islamic Movement of Nigeria) and its leadership was never represented or heard (a grave violation of  the principle of audi alteram partem);(c) its leader, Mallam Ibraheem, El-Zak-Zaky was shot, battered and lacerated and thrown into illegal, unconstitutional, solitary and incommunicado detention running into its eight month without trial (a grave violation of the 1999 Constitution and the Fundamental Human Rights Principles and Procedures).

Others are: (d) the law under which the judicial panel of enquiry was set up is the law of Kaduna State or a State law, which is inferior to federal law; (e) procedurally, the law of a State (i.e. Kaduna State) and its sanction codes is rarely enforceable against the federal authorities (i.e. army and its COAS) and where a State law is in conflict with a federal law, the latter subsists and the former disappears instantly (see Section 4(5) of the 1999 Constitution); (f) the persons and institution (Nigerian Army and its COAS) responsible for the genocide do not belong to the Government of Kaduna State, but to the Federal Government of Nigeria; (g) the judicial panel of enquiry under reference was solely designed to exonerate certain sacred cows or hit men of the Presidency (i.e. Lt General Turkur Buratai) and hang culpable ropes around certain sacrificial lambs such as the GOC, 1st Mechanized Division of the Nigerian Army, Kaduna, Major Gen Adeniyi Oyebade; (h) the judicial panel of enquiry can never address judicially and satisfactorily the regime atrocities above mentioned or bring their perpetrators to criminal accountability or ensure adequate justice for the victims and the society wronged and despaired; (i) the judicial panel of enquiry did not apply the rule of law in its procedures and proceedings.

The rest are: (j) the judicial panel of enquiry was a desperate attempt by the authorities of the Federal Government and the Government of Kaduna State to ensure that perpetrators under their service and appointment escape international justice and culpability by attempting to manipulate the internationally existing principle of complimentarity, which instantly invokes international justice attentions and sanctions against the culprits where it is found that the Federal authorities in Nigeria are clearly unable and unwilling to apprehend the culprits and bring them to internationally standardized justice.

And (k) under the international laws including international customary, criminal, humanitarian, statute and human rights laws; the principle of complimentarity (i.e. ability and willingness of a UN Member-State to municipally address heinous crimes or grave regime atrocities and hold their perpetrators accountable), a mere  setting up of judicial or political panels of enquiry by any UN Member-State in response to heinous crimes or regime atrocities so committed such as the above mentioned; is not in any way amounted to adhering strictly to the sacred  principle of willingness and ability of a UN Member-State, rather, it is expressly factored into that of unwillingness and inability to act.

We hereby reject the outcomes of the Kangaroo Judicial Panel of Enquiry under reference, particularly its deliberate attempt to shift criminal responsibilities off the neck of the Chief of Army Staff, Lt Gen Turkur Buratai. It is baffling as how a subordinate officer will be made a sacrificial lamb in a genocidal operation carried out in full presence and operational seal of his Chief of (Army) Staff. The Kangaroo Judicial Panel of Enquiry and its constituting authority: the Government of Kaduna State must also tell Nigerians and members of the international community whether the COAS, Lt Gen Turkur Buratai was sleeping or in a comma when the genocide took place. Assuming the COAS was drunk during the genocide, he is still criminally liable (i.e. manslaughter) as well as professionally liable for gross breach of soldiering code of conduct. The COAS remains number one culprit in the genocide anytime any day.

Good a thing, such a genocidal act is not statute bared or does not have time limits. There is no amount of presidential protection or evidence destruction or threats that will make all perpetrators of regime atrocities under the Buhari administration in Nigeria to escape justice over heinous crimes they committed. The global advocacy watch is already centered and beamed at all times in the direction of all of them particularly the duo of former IGP, Solomon Arase and the COAS, Lt Gen Turkur Buratai. Not even a thousand NGO and media image launderers so recruited can save them. The spirits of over 1000 murdered innocent citizens under their operational watch and directives have since been invoked to visit their spiritual wraths against them without time bound.