Rejoinder: “MEND Have Repeatedly Reiterated That The Niger Delta Struggle Was Beyond Attacks On Oil Installations” 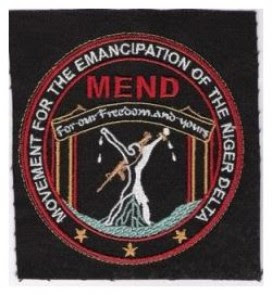 The attention of the Movement for the Emancipation of the Niger Delta (MEND) has been drawn to an article titled: "President Buhari Sharpens Focus On Niger Delta," written by Mr. Garba Shehu, the Senior Special Assistant to the President on Media and Publicity. We have carefully studied and analyzed the article. We wholeheartedly applaud and welcome President Buhari's sharpened focus on the Niger Delta even though, in our estimation, Mr. Shehu's article ironically did more to obtuse the focus.

Mr. Shehu's piece was unfortunately marred by sweeping assumptions; hasty generalization; illogicality and poor analysis of the Niger Delta question and, above all, the article merely provided lame excuses for Government's inability to proffer sustainable solutions to the Niger Delta crisis.

It was tactless of Mr. Shehu to arrive at a conclusion in his article that, Niger Delta militants were behind the killings of prominent individuals and attacks on some coastal communities in Lagos and Ogun states. This casual but hasty generalization from a Presidential spokesperson is, to say the least, steeply divisive and capable of sparking a tribal war of unimaginable consequences between the Ijaws (whose youth are perceived to constitute a large number of the rank and file of Niger Delta militants) and the Yorubas.

Quite apart from the fact that none of the Niger Delta Avengers (NDA) operatives have so far, been arrested by security agencies to establish Mr. Shehu's sweeping assumption, the comment by Mr. Shehu is regrettable and infra dig his office.

Firstly, he made heavy weather about the Punch newspaper editorial of July 1, 2016 as a basis to justify Government's reluctance to negotiate with the NDA and other militant groups. Thereafter, he cited National Security Adviser (NSA) General Babagana Mongunno's alleged encounter with about 14 different militant groups who were all "claiming leadership to the renewed onslaught on the nation's economic jugular vein."

Secondly, Mr. Shehu revealed in his article, the reluctance of Government to take "the strongest possible military action" against the NDA and other militant groups while appealing to Elders and Traditional Rulers from the Niger Delta region such as HRH King Alfred Diette-Spiff, the  Amanyanabo of Twon-Brass in Bayelsa state to beg the militants to ceasefire. Thereafter, Mr. Shehu informed that President Buhari would take action (presumably, military action) after receiving reports from Minister of State for Petroleum, Dr. Ibe Kachikwu who was interfacing with stakeholders; Special Adviser on Niger Delta/Co-ordinator, Presidential Amnesty Programme, Brigadier General Paul Boroh (rtd); and the new Management of the Niger Delta
Development Commission (NDDC).

Thirdly, Shehu in his article bemoaned the proliferation of solutions to the Niger Delta crisis while asking rhetorical questions, to wit: "How many of those agreements, joint statements, ceasefires and peace declarations do we have on record so far? Why haven't they given us peace? What is wrong with those agreements that they don't last?"

Mr. Shehu failed to proffer answers to his own questions. He also failed to apportion blame on successive Governments and the International Oil Companies (IOCs) who have repeatedly reneged on agreements entered with the people of the Niger Delta. For instance, Mr. Shehu needs to be reminded that Government and the IOCs owe the NDDC billions of Naira in withheld funds. But that is a discussion for another day.

There is a marked distinction between negotiation with criminals and fraudsters who force concessions from Government using the strategy of attacks on oil installations, on the one hand; and dialogue with genuine militant groups such as MEND who are committed to meaningfully engage Government on the vexed Niger Delta question, on the other hand. While the former engage in militancy for their own personal aggrandizement; the latter are patriots who are fighting a just cause and are equally desirous of peace, stability and development of the Niger Delta region for the Common Good.

As unfolding events in Nigeria have since revealed, the major challenge of President Buhari's government lies in its inability to distinguish between NEGOTIATION (emphasis supplied) with criminal elements such as the NDA who are sabotaging the nation's economy and whose demands range from the mundane to the outright ridiculous, on the one hand; and DIALOGUE (emphasis supplied) on the Niger Delta question with a serious-minded group such as MEND, on the other hand. The way and manner criminal gangs such as the NDA hold Government to ransom and force concessions; is exactly the same way and manner pressure groups such as PENGASSAN, NUPENG or even the National Association of Resident Doctors (NARD) oftentimes held Government to ransom, regardless of the risks posed by their actions to the national economy and to the lives of ordinary Nigerians. The only difference here is that, NDA ups the ante with their senseless and unprovoked attacks on oil installations. Willy-nilly, Government must negotiate with them even though their belligerent and bellicose conducts may be inimical to the national interest.

Government is therefore at liberty to negotiate with arm-twisting unions and criminal groups like the NDA so long as such negotiations were done in the national interest. After all, even in the United States and other Western countries, professional negotiators were often engaged by those Governments to negotiate with criminals who may have held innocent citizens hostage; while at the same time, placing snipers on standby to take out the threat to national security whenever the opportunity presented itself.

MEND is therefore not opposed to Government's plan to negotiate with the recalcitrant NDA through the office of the NSA. However, Government must not delude itself into thinking that negotiation with the NDA was tied to the resolution of the Niger Delta question. Negotiation with NDA is merely a temporary respite, as another opportunistic group is lurking in the  shadows. But dialogue and resolution of the Niger Delta question is a sustainable solution for
all stakeholders.

MEND have repeatedly reiterated that the Niger Delta struggle was beyond attacks on oil installations. In fact, destruction of oil and gas pipelines is an elementary course in guerilla warfare which can be carried out by any militant group. MEND therefore stopped attacks on oil installations more than 2 years ago when the group unilaterally declared a ceasefire of hostilities on May 30, 2014 against Nigeria's key economic and strategic interests. Since then, the group had relentlessly sought to engage Government in a sincere DIALOGUE (emphasis supplied) on the release of Prisoners of Conscience, including Henry and Charles Okah, as well as addressing the root issues bedeviling the Niger Delta region, without success.

MEND therefore calls on President Buhari to refrain from being deceived by the recent visit of HRH King Alfred Diette-Spiff to the Presidential Villa under the pretext of a hurriedly formed Niger Delta Dialogue and Contact Group (NDDCG).

Throughout the 6-year tragic rein of former President Goodluck Jonathan, King Diette-Spiff said or did nothing on record to draw the attention of the former President to the resolution of the Niger Delta question. He and other elders and elites of the region, including Chief Edwin Clark, certain ex- militants, tribal assemblies such as the Ijaw Youth Council (IYC) as well as a coterie of so-called Niger Delta activists; embarrassingly kept mute and turned a blind eye during the 6 years of colossal waste, unmitigated corruption, monumental fraud in the unsustainable amnesty programme, environmental decay and neglect, infrastructural stagnation such as the wicked and criminal abandonment of the East/ West road project, among others.

Regardless of the fact that there is a consensus of opinion that the Federal Government is not sincere about the kind of dialogue advocated by MEND, the group has nevertheless, named an Aaron Team comprised of the following persons:

For the avoidance of doubt, the MEND Aaron Team shall not dialogue with the NSA given that the office of the NSA lacks executive power. Given also the fact that the root issues surrounding the Niger Delta question are on the exclusive legislative list. Given further, the fact that the  proposed dialogue is not an interrogatory session.

We therefore hope that the Federal Government shall reach out to Aaron Team Leader Mr. Odein Ajumogobia to signal Government intention to commence the dialogue. If after two (2) weeks from the date of publication of this Right of Reply we don't hear from the Federal Government, MEND shall safely assume that Government is truly not sincere about dialogue on the Niger Delta question and responds only to the threat of violence or industrial action.