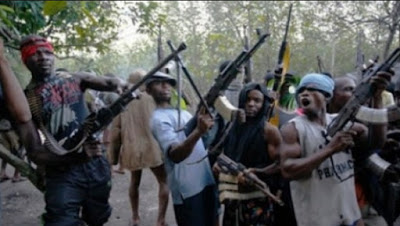 Our attention has been drawn to a deceitful, malicious and cantankerous press release issued by a con-group which calls itself the Reformed Niger Delta Avengers and signed by a 'Cynthia Whyte'.


We wish to inform the Nigerian people and unsuspecting media that both the name of the signee and the group it represents are a fraud.

Why would a Goodluck Jonathan want to fund or sponsor the renewed agitation in the Niger Delta? Will it bring him back to power as President of a nation as deformed as Nigeria?

Why would a Nyesom Wike, a Governor who is still struggling to fix pot holes in Rivers State, want to fund militancy in the Niger Delta? Will it increase his monthly allocation from the center? Would a Governor of that state want to compound the insecurity issues in his state?

The contents of that media publication (and any future communication from that group) should be ignored. It clear that the group represents just how far a group of people would go to con General Buhari and his many lieutenants.

God save the Niger Delta.