News Release: An Opportunity To Reform The Nigerian National Assembly 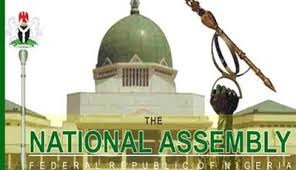 (“Every generation must out of relative obscurity, discover its mission, fulfill it, or betray it.” - Frantz Fanon)

The National Assembly is constitutionally mandated to make laws for the peace, order and good governance of the country. It is also responsible for executive oversight and passing the country’s budget. Therefore, as civil society organizations, we are committed to ensuring that the nation has a credible and functional National Assembly that works for all Nigerians.


Lack of accountability in the National Assembly is very dangerous for our democracy because those who are elected to provide oversight over the executive arm’s implementation of our budget cannot be expected to provide leadership and ensure accountability when they have refused to be accountable with resources allocated to them.
Background
Over the last 3 years, the National Assembly has refused to respond to Freedom of Information (FOI) requests and a court order to provide its detailed budget. Since the 8th Assembly was inaugurated, both the Senate President and Speaker of the House of Representatives have promised to make the details of the National Assembly spending public. They are yet to do so.
It is against this back-drop of a failure to be accountable in something as basic as a budget, that our National Assembly has been rocked from one crisis to another including trying to gag social media; pushing a bill that would seriously undermine the work and independence of civil society and thereby violate constitutional rights to freedom of expression and association; purchasing new cars at exorbitant prices; fraud allegations against the Senate President that has paralyzed proceedings on several occasions; deliberating immunity and life pension for its leadership when they already get a gratuity after every term; and a possibility that they’ve violated the Constitution by not sitting the requisite number of days.
The Allegations
The most recent crisis are the allegations and counter-allegations between Mr Abdulmumin Jibrin, former Chairman of the House Appropriations Committee and Mr Yakubu Dogara, the Speaker, other principal officers and 12 other members of the House of Representatives on a flawed budgeting process and the haphazard allocation of constituency projects that are less about the communities’ needs and more about the legislators’ wants.
Mr Jibrin and Mr Dogara were approached to meet with civil society organizations to provide context to the various reports in the public domain. Mr Jibrin agreed to meet and Mr Dogara’s office responded that he had publicly denied all allegations.
Allegations requiring urgent answers and clarifications are:
1.    Amendments to the Budget
We are clear that the constitution empowers the legislature to make additions, subtractions and deletions in the budget estimates presented by the executive, but not arbitrarily, without the consent of all members and definitely not in a manner that enriches individuals and is detrimental to the citizens they were elected to represent.
It has been alleged that amendments were made to the budget by a few officers including Mr Jibrin, as Chairman of the Appropriations Committee, without the knowledge of other members of the National Assembly.
2.   Constituency Projects
N100 billion of the budget is surreptitiously allocated to constituency projects - zonal intervention projects. These funds are usually shared equally on a zonal basis between the 6 geopolitical zones.
It has been alleged that N40 billion was shared by the principal officers for their constituencies to the detriment of other constituencies.

3.   Fraud and Misappropriation of Funds
It has been alleged that insertions of over 2,000 projects worth N284billionwere made in the budget; National Assembly members are living above their salaries; there is wasteful procurement; and there is secrecy in the management of the finances of the House of Representatives.

4.  Controversial Allowances
It has been alleged that 10 principal officers have received over N10 billion in illegal allowances since 2007.

Rebuilding the National Assembly
There is something fundamentally wrong with how the National Assembly discharges its legislative and oversight duties. At the heart of these allegations are corrupt enrichment, conspiracy to act corruptly, embezzlement, diversion and misappropriation of public funds for lavish lifestyles, abuse of office and public trust.
It is of great concern to Nigerians that members of the National Assembly do not know the content of their own budget, yet they hold court over how the budget of the country is spent. Public auditing of spending by the National Assembly and several reports on allegations of corruption that have been investigated remain shrouded in secrecy. This does nothing for an institution that seeks to be ‘responsive, accessible, representative and accountable’.
The fact that the House of Representatives was not reconvened to address these allegations and Nigeria’s weakening economy speaks volumes of the importance that our lawmakers place on these issues. Furthermore, on resumption, they have chosen to focus on voice votes, shouts of solidarity, personalization of issues and rowdy sessions rather than making their books open to confirm or dismiss the allegations raised above.
Given the seriousness and gravity of allegations against the House leadership in particular, the outcome of any investigation under the leadership of the current principal officers of the House would not meet the threshold of an effective, transparent and independent investigation.
The budgets of the National Assembly, the National Judicial Commission (NJC), and the Independent National Electoral Commission (INEC), amongst others, are a first line charge. As such, it is not necessary for these institutions to provide a detailed breakdown of their budget as part of the annual budgeting process. This is a great disservice to Nigerians as it does nothing for transparency and accountability.
Our Recommendations
1.    The Principal Officers in the House of Representatives and the Senate should step down from their roles pending the conclusion of investigations and court cases.
The principal officers in both chambers have spent an inordinate amount of time defending themselves while the business of lawmaking and executive oversight suffers. The only reasonable option is for the named principal officers to step down for an effective and transparent investigation because our country cannot afford this distraction especially with the current economic recession.

2.   An Open Investigation of these Allegations
We have read reports in the media of the investigation by the Economic and Financial Crimes Commission (EFCC) into the allegations regarding the House of Representatives. We encourage the Commission to conduct this expeditiously and ensure prosecution of those in violation of the laws of the country.
It is also important to note that the Department of State Security (DSS) has no jurisdiction in this matter based on the allegations thus far and it should be mindful that its involvement does not provide parties in the matter with the opportunity to challenge the legal validity of any criminal charge that might arise from its intervention using the premise of a flawed investigation process.
3.   Zero-Based Budgeting and Citizens Involvement in the Budgeting Process
Spending public funds on vague line items like ‘Youth Empowerment’ to the tune of N450 million and ‘Strategic Youth Empowerment’ to the tune of N500 million is ludicrous! The budgeting process needs to include budget details not just estimates. In addition, the technical capacity of the Budget Office in the National Assembly should be enhanced.

4.  Reform Constituency Projects
To ensure that the provision for constituency projects is not used as a conduit to siphon funds, it must be integrated into the budgeting process from the MDAs, based on a needs assessment in the constituencies and consulting the legislators who represent those constituencies.

Finally, we would like to reiterate that if the allegations are found to be true, the 2016 Budget should be amended accordingly in line with the law and the constitution which remains the pillar from which this government gets its powers.