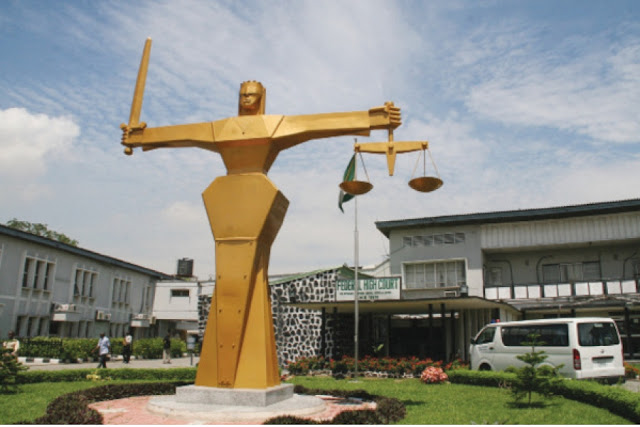 The recent statement by the government of President Muhammadu Buhari to reform the Nigeria ’s electoral laws is in order. Any overture with a positive attribute is always welcome. Yet, some might argue, and plainly so, that the idea of electoral reform in the country is hardly novel and therefore far from the solution. After all, despite the fact that Buhari’s immediate predecessors made similar attempts that resulted to Electoral Acts of 2002, 2006, and 2010, the Nigerian experience with election matters has remained a travesty of sorts.


But there is an array of hope. The current reform agenda is developing to be uniquely salutary. In short, it appears our leaders are gradually coming to terms with the pragmatic truth that Nigeria ’s leadership problem has never been due to the absence of laws. And it has never been any failure on the part of the Nigerian people to recognize when and where the laws are broken. Instead, it is the abject failure to implement the existing laws.

It is profoundly encouraging, therefore, to read that part of the terms of reference of the present reform committee headed by former Senate President Ken Nnamani is “to review recent judicial decisions on election petitions as they relate to conflicting judgments and absence of consequential orders.”

Clearly, there has been a plethora of conflicting judgments as there is the absence of consequential orders on election petitions throughout the 4th Republic. The most obvious, of course, is the seemingly lack of consequences for politicians who are found guilty of rigging themselves to power besides the mere replacement with the rightful winners. But no election dilemma is more mindboggling than the degree of inconsistency that exists in addressing the petitions. Ultimately ripe for The Guinness Book of Records is a case that went viral in the media not long ago. Referred to as Obiechina Vs Chime, it has been languishing in the courts for the past 5 years. As if the delay is not enough, instead of meeting it with some sense of finality when it came up at the Supreme Court on 26th September 2016, the case was pole-vaulted further to 14th February 2017.

Initiated contemporaneously in 2011 by Dr. Alex Obiechina, an Enugu governorship contestant under the Peoples Democratic Party of Nigeria (PDP), the petition is against the then State Governor, Mr. Sullivan Chime. The crux of the matter is that the party officially scheduled and held its primaries on 9th January 2011, and Obiechina was declared the winner. For unknown reasons, PDP jettisoned the result and conducted another election on 12th January 2011 with Chime as its flag bearer.

Unfortunately, however, the PDP did not give a notice of 21 days to the Independent National Election Commission (INEC), a condition required by the Electoral Act of 2010 for re-conducting party primary elections—and a key omission which the INEC itself openly admitted. Moreover, the PDP failed to give the 7-day mandatory notice to aspirants as enshrined in the party’s election guidelines. Despite various complaints from Obiechina, the then national ruling party proceeded to submit Chime's name to INEC for the governorship election in Enugu State in April 2011. Adding a more bizarre element to the predicament is the audacity of INEC to conduct another election in 2015 to the same Enugu governorship position while there were subsisting pre-election cases before the courts.

Some legal scholars have worried that the stumbling block is ostensibly hinged to the orbit of public perception. First, Obiechina did not stand for the general election to the office he is attempting to assume. Second, INEC has conducted another election in which another person, who is not connected to the original case, has been sworn in as the governor of the same state under review. But such concerns ought not to be. The law is the law. Besides, there is a set of prevailing precedence. Not to play a judge here, for I am not one, but two landmark cases: Amaechi Vs Omehia and Obi Vs Uba might have pointed to a decisive outcome one way or the other.

So why such abnormal delays?

The answer is uncertain. It could be due to any manner of reason, including the typical logistical problems, and so forth. And contrary to popular belief, most members of the Supreme Court are people of virtue, who have shown some level of independence in their careers and remain capable of making bold decisions. Nevertheless, undue delays, regardless of the circumstance, only go to fuel the widespread narrative that favourable court outcomes, especially on election matters, are the sole province of the highest bidders.

The judiciary is definitely not the lone culprit. Individual candidates, the legislature, the executive, and the INEC itself flout electoral laws without restraint. Section 91 of the Electoral Act of 2010, for instance, is explicit on nature of campaign finance while Section 124 is specific with bribery and relative consequences. Yet, different shades of world currencies, huge gifts, and honorariums from the politicians to traditional leaders, religious leaders, electoral officials as well as the vulnerable voters have defined recent election seasons. Worse still, the INEC is nonchalant about this important issue of campaign money. As a matter of record, its then chairman, Prof. Attahiru Jega, had to confess that even though the Electoral Act empowers it to monitor sources and nature of funding, the “INEC does not even have a desk that handles campaign financing.”

Still, any meaningful change in the electoral process must stare closely at the judiciary. Envisioned as the beacon of hope for the citizenry in a democracy, this organ of government has a special role to play. Not only is it designed to provide the right ambiance as well as the confidence for the equitable dispensation of justice, but it is also vested with the power to guide the actions of all participants in the electoral process. But I do not need to repeat here that the ordinary Nigerian people view the entire judiciary as a daylight bugaboo. And you cannot blame them for such mistrust. The history with conflicting judgments and the brazen lack of consequential orders, which has cast a stark stain on the courts, does not emit hope.

Reforming Nigeria ’s electoral laws is a holy grail, for sure. But the Nnamani-led committee is in a vantage position to make a difference. Instead of being bogged down with an entirely new Act, it ought to focus more on how existing laws could be enforced. After all, a simple review of the latest Electoral Act will show that the document itself sufficiently addresses current electoral experiences, including offenses, and consequences. What is urgent, therefore, is how to restore public confidence in the judiciary, beginning with the courts dispensing the cases brought before them not only in a timely fashion but also without fear or favour. Very essentially, any reform must explore how best to ensure that judges render verdicts that readily translate to serious consequences for electoral malpractices. Anything less is a predictive vain hope.

(Ogbonnia wrote from  Houston , Texas USA, he can reached via:  SKCOgbonnia@firsttexasenergy.com )