News Release: Saving The Rule Of Law From The Brink In Nigeria 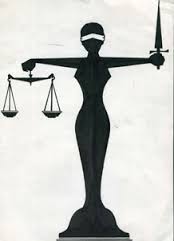 It is no longer hidden that President Muhammadu Buhari and his co-travellers in the country’s current state of toxaemia have fully resorted to political terrorism and barbarism in their so called “anti corruption crusade”. Hiding under the guise of “anti corruption” to perpetrate heinous State crimes such as treason, State murder and other forms of official terrorism, had been a recurring decimal in Nigeria; dating back to January 1966, during Nigeria’s first military coup. Major Gen Muhammadu Buhari (as he then was), used the same excuse to oust the democratically elected Presidency of Shehu Shagari on 31st December 1983.

In fighting corruption in Nigeria, the rule of law and constitutionalism must remain its benchmark at all times. Turning fight against corruption into instruments for political vendetta, terrorism and brigandage is democratically dicey and disastrous. The agencies in charge of investigation and prosecution of corruption cases in Nigeria including the Buhari Administration are constitutionally restrained from stigmatizing and criminalizing those under investigation or using corruption as a cover to unleash State terror, falsehood and propaganda against them. Till date, offense of corruption in Nigeria is not a capital offense, but substantially misdemeanour; easily investigative and triable; substantially requiring paper and electronic evidence; once detected. Corruption also belongs to the family of nonviolent crimes; just like victimless crimes (i.e. alcoholism and commercial sex habits).

The Presidency of Buhari is also guilty of favouritism and nepotism, which belongs to family of corruption and amounts to corruption and abuse of office, contrary to Section 15 (5) of the 1999 Constitution. Till date, despite the seriousness of allegations made against Mr. Rotimi Amechi by two respected Justices of the Supreme Court in their recent letters to the CJN, concerning the late night invasion of their homes by the DSS, which raises a serious image and credibility challenge to the Administration’s so called “fight against corruption”, Mr. Rotimi Amechi, who is a Minister of the Federal Republic of Nigeria; has neither been invited nor under any form of criminal investigation by the DSS or Police or EFCC or ICPC.

We call on the affected serving senior Judicial Officers particularly Hon Justices Sylvester Ngwuta Nwali, John Inyang Okoro, Nnamdi Dimgba, Adeniyi Ademola and Mu’azu Pindiga to use all means constitutionally available to clear their names and seek remedial and compensatory justice against the named riotous agents of the Buhari Administration. With the exception of those judges indicted and sanctioned by the NJC, the judges above named and others singled out for further intimidation, must stand firm at all times and refuse to be intimidated. The courage and sagacity of the named respected serving senior Judicial Officers are totally commendable. We rise in strong solidarity with the Nigerian Judiciary to save the rule of law from brink and executive bastardization.

The Buhari Administration is, therefore, called upon to retrieve from the DSS files containing its so called “ongoing investigation of the judges” and transfer them to the office of the  Deputy Inspector General of Police in charge of Force Criminal Investigation Department (FCID) and its fraud unit. Any would-be outcome of the so called DSS probe is already dead, biased, corrupted and malicious on arrival.

The Buhari Administration must also sack Hon Rotimi Amechi as a Minister of the Federal Republic of Nigeria in charge of Ministry of Transportation so as to pave way for his criminal investigation on account of strong allegations against him bordering on corruption and electoral fraud as contained in the letters of Hon Justices Sylvester Ngwuta Nwali and John Inyang Okoro (serving Justices of the Supreme Court of Nigeria), to the CJN; which are now in the public domain. This is because Their Lordships are incapable of making such weighty allegations without knowing their accompanying consequences; if untrue.