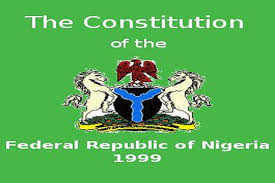 Mr. Abubakar Malami, SAN
Attorney General of the Federation And Minister for Justice
Office of the AGF, Federal Ministry of Justice
Federal Secretariat Complex, Shehu Shagari Way
Central Area, FCT, Abuja, Nigeria
Dear AGF,
Nigerian Constitution Still Wails At 56
It is with deepest dismay that the leadership of International Society for Civil Liberties and the Rule of Law: INTERSOCIETY write your public office through this public or open letter to inform you and other Nigerians and international watchers that the 1999 Constitution and the Rule of Law under your watch as “the Law Officer of the Federation” are gravely threatened, undermined, disrespected and battered particularly by the authorities of the Department of the State Security (DSS).