Article: The American Democracy Is Truly A Disaster 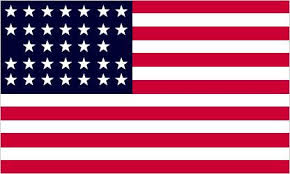 The title of this piece conveys a strident mood. But the angst is no longer because a bozo of catholic proportion emerged as the US president-Elect. It is not because of the reality that a labile character is set to become the leader of the free world. It has nothing to do with the fact that a worldwide outrage greeted Donald Trump’s triumph. And this is absolutely far from the whistling implication of the thought that the best-qualified person ever to seek US presidency was trounced by a definite nothing burger.


The seemingly venom is by no means induced by the nature of the rude awakening my 13-year-old had to endure that long night. The stolid school girl, who I had though cared less about politics, usually goes to bed at 9 PM. But not on November 8! As soon as I turned off the TV after major stations broke the sad news, I heard some strange footsteps in my media room. Lo and behold, it was the little girl wandering around perplexed and murmuring on her phone. Instead of running to her bedroom after sighting me that late, as expected, she stood and looked my way, unloading nonstop questions I still find difficult to answer: “Dad, what happened? President Trump? But Hillary won when we voted in school last week, and they said she was gonna win? What went wrong? What are the minorities gonna do now after all he said about them? Are we gonna move to some better place? How about Nigeria ? Has it gotten better over there since the new leader?”

Any sense of animus here against Trump is not about any sympathy for the frustrations of women like a Nigerian-American lady who called me the wee hour of the same fateful morning, 3.30 AM, to be exact, openly crying, praying, and truly wishing the unthinkable that Ibrahim Babangida, a former Nigerian military head of state, is suddenly President Barrack Obama so he could annual the US election of November 8th—for God’s sake.

Frankly speaking, the mood has nothing to do with any of the above. For hysteria has no place in my DNA. The core problem, instead, is rooted in something else with the portent for another wave of perpetual crisis.

The US “electoral college is a disaster for a democracy."  But that is not SKC Ogbonnia fomenting such notion from the start. The original quote was precisely the reaction of no other person than Donald Trump himself following Obama’s victory over Mitt Romney in 2012. If the quote is remotely vague, “what Trump means to say”, as his surrogates would always spin, is that the system that produces the leader of the free world is a disaster. There is hardly a thing an objective person can wholeheartedly agree with Mr. Trump, because the celebrity cretin does not espouse any core values or beliefs. But one cannot agree with the man any more that whatever system that made it possible for him to emerge as US president-elect is truly a disaster.

The U.S. presidential elections of the last five decades (1966-2016) sufficiently highlight the challenges of the American democracy. Even though both Presidents Richard Nixon and Bill Clinton received less than 50% of votes cast in the 1968 and 1992 general elections, respectively; they still assumed power on the basis of the Electoral College system. Clinton would also be re-elected in 1996 with only a minority of the votes cast for the same reason. But none is more perplexing than the 2000 presidential election where George W. Bush emerged victorious despite garnering fewer popular votes than Al Gore. Even worse, not only is Donald J. Trump widely seen as unqualified to be president of the United States, he was declared the winner in the 2016 elections despite losing the popular vote to Hillary Clinton.

What is more, it is not entirely a coincidence that each of the former presidents mentioned above could not prove the electorate wrong. Nixon had to resign from office in shame. Bill Clinton became the second US president in history to be impeached. And George W. Bush left office forlorn. Mr. Trump?  The guess is open-ended. In fact, since the morning after November 8, the whole world has been on its knees hoping that the 70-year-old enfant terrible could ever grow to comport himself as a leader of the free world. But mere hope can only take us so far. The past remains a relevant predictor of the future. Expecting a pig to fly as high as the bird is no different than leading a merry chase. Even if Donald Trump can show any remorse and do some good moving forward, the havoc this man has already unleashed on human civilization can never be undone.

Yet we can not entirely discount hope, because “there is God.”  The living God has not abandoned the United States , as Donald Trump wildly claimed. The image of the pathological liar alone is enough to finally provoke the Americans to demand a more deserving change. The change calls for the country to discard the archaic Electoral College system that produced an unrepentant heathen as US president—by default. This change requires an amendment to the outdated US Constitution in line with an ever-changing society towards the greater good.

The ultra conservatives will ultimately liken this proposal to the naked slaying of the utmost totem, but the main idea is far from novel. In the book, How Democratic Is the American Constitution?, Robert Dahl, fondly remembered as the Dean of American Political Scientists, had ridiculed the US Constitution immediately after the 2000 election that saw George W. Bush prevail with minority votes. Dahl called for change, charging that the ideal Constitution is one “that, after careful and prolonged deliberations, we and fellow citizens conclude is the best designed to serve our fundamental political ends, goals, and values.”  Make no mistake about it, the existing Constitution has served America reasonably well and is deserving of a sacred place in history. But it is far from perfect.

The problem here is that a defining imperfect area of the US Constitution, the Electoral College, is profoundly polar opposite to democratic principles. America needs a system that can guarantee that the majority truly carries the votes. Moreover, it defies logic that the US citizens will continue to glue their thinking faculty to a document adopted over two centuries ago by ancient dwellers—to cope with the complexities of the Post-Modern era. The blind following of ideology rather than prudence is a recipe for disaster. That is how America gave us the Iraq war and the perpetual crisis that has followed. That is how and why the world is now grappling with the reality that a gambling goofus is soon to become the sole custodian of America ’s nuclear code. It’s gloomy, square.

(Ogbonnia  wrote from Houston , Texas , USA. He can be reached via: SKCOgbonnia@firsttexasenergy.com)