Article: Beyond Other Rooms For African Women 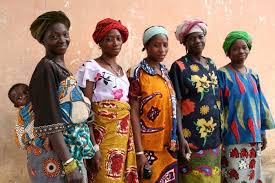 “Through her voice I saw a free woman, down on her land, a woman who knew how to kill her own chickens, hunt her own possum, cut her own cotton, fix her own roof, make her own whiskey, walk in her own shoes, and speak her mind, tell her own story. ― Bonnie Greer, A Parallel Life


So, Annet, has for as long as she remembers been a good daughter, a good sister, wife, and a good mother. No one gave her a chance at being a good diplomat, lawyer or doctor. Three decades of fighting in her native country of South Sudan has seen her become everything but good. She has been raped on countless times, she sees the men that are responsible, but what can she really do. She is the bearer of all the atrocities of a senseless conflict; conflicts caused by men, yes men! A conflict like many where women and children bear the real brunt.

In Nigeria, it is not just the Chibok girls that are being released in piecemeal after over 900 days in captivity; they were taken as girls and are being returned nursing mothers. Used, abused, and what is left of them most likely to be misused for all sorts of political gains.

What about the amiable educated wife of the Nigerian President, Aisha Buhari whom the President categorically insisted and reiterated, her role is to "cook, and work in the other rooms"

The stories are the same all over Africa, women are rarely newsmakers in the media. News about women hardly make front pages and when they do, often contain negative portrayals and stereotypes of them in domestic and dependent roles.

They are mostly attached to the fame or achievements of husbands, sons, fathers or their children instead of people with their own capacity, achievements or rights.

Thus it is common to read them as Cheikh’s wife, Paschal’s daughter or Frank’s mother doing this or that.

There is also lack of gender balance in many media reports and when women in positions make mistakes or commit offences, the news is usually hyped beyond proportion in comparison to when men do same or even worse.

So, what are women, and indeed men doing about it?

A few people are doing something about it, and yes a few, this is because a new movement often is the function of few people that believe in what they are doing to tilt the balance, and this was the case as I listened to the Special Envoy on Women, peace and Security of the Africa Union Commission speak, she was passionate as she explained interventions in nations such as Sierra Leone, Rwanda, I knew that it was not just political talk, commitments from friendly nations that also understand what women in conflict are going through in Africa was one that gave hope, as one reflected on events at the last Peace and Security Council Meeting graciously chaired by another woman in the person of Catherine Muigai Mwangi the Kenya Permanent Representative to the AU, IGAD, UNECA.

Listening to Ms. Laity of the UNWomen as she spoke and the belief with which the Special Envoy of AU on Women, Peace and Security went about what I called a revolution that would leave the African woman and off course man a better human with dignity; You could not but say, the narratives are changing.

I strongly debate that rather than gender continue to remain a fault line running through the ethno-political, and faith engineered wars and conflicts across the landscape of Africa. New narratives must emerge; for women, efforts by the likes of Bineta, the UNWomen in various African states, feminism is both remarkably successful and a work in progress: It won't work like magic, the narrative of a woman's place is in her husband's four walls, be it kitchen, bedroom, sitting room all will change.

Our young women need to be helped to be ingrained into systems, and structures in politics, media, agriculture, as we kill flat and despondent traditional feminine behaviors and harnessing other traditional norms like— being polite, cultivating meaningful connections, listening and communicating effectively; because such can be a panacea for successful resolution of the many African conflicts, because these same qualities work to our benefit in the classroom and workplace.

(Dickson, a Journalist and Development worker based in Jos, Plateau State, North Central Nigeria conducts field research and investigations in the Middle Belt Region of Nigeria with an extensive reach to the entire North and other parts. He worked on projects for UNWomen, Search for Common Ground, and International Crisis Group, among others. He is an alumnus of the prestigious Humanitarian Academy at Harvard and Knight Center For Journalism, University of Texas at Austin and Georgetown. He is a Henry Luce Fellow, Ford Foundation grantee.)
Posted by PublicInformationProjects at 03:16