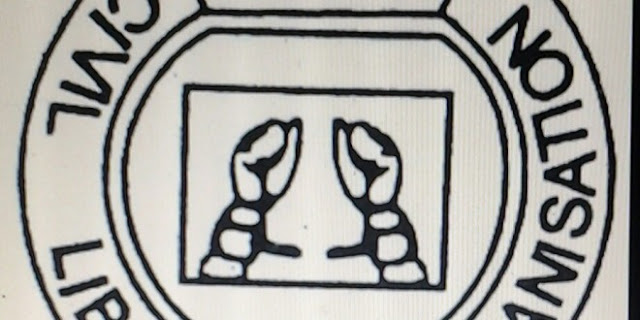 Nigeria’s foremost human rights organization, the Civil Liberties Organisation (CLO), Anambra State Branch has elected a new set of executive members to pilot the affairs of the branch for the next two years.
In the election which followed the laid down rules of the constitution of the CLO, Comrade Vincent

The newly elected State Chair, Vin Ezekwueme holds a B.Sc. Degree in Govt and Public Administration from Imo State University, Owerri while the Secretary, Chidi Mbah holds also a B.Sc. degree in Economics from Nnamdi Azikiwe University, Awka where he is also currently pursuing his post graduate degree from the same institution and discipline.

In an acceptance speech shortly after they were sworn into office by the South East Zonal Chair of the CLO, Comrade Aloysius Emeka Attah, the newly elected State Chair, Comrade Ezekwueme thanked the members for the confidence reposed on them which he promised not to betray.

He thanked the previous executives for the sacrifices to sustain the ideals of the organization in the state and vowed that the tempo will be sustained in the struggle towards the enthronement of human rights culture in the state anchored on respect for the constitution, rule of law, promotion of democracy and good governance which have all been the hallmark of what the CLO stands for in their struggle.