Article: Those Who Have Ears Let Them Hear! 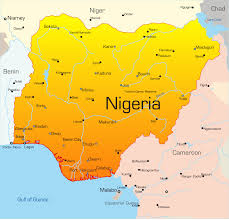 There are several categories of opinions rampant among Nigerians, and particularly finding expression on the internet and social media with respect to attitude to the current government, two or three of which categories actually stinks and can be annoying were they not tragic.


There is a category of people who are simply opposed to this government because they remain supporters of the last government and ex-ruling party that was voted out and rejected at the last general elections.

For some of these people anyone who was against the malfeasance and decadence, and who actively campaigned against the bad governance and endemic corruption of the last regime [GEJ and PDP] is simply by implication a supporter of PMB and APC and therefore has no right to be against any act of bad governance or any manifestations of failing governance of the current PMB and APC regime.

The second category is the category of those who are implacably in the camp of the APC and are unrepentant supporters and blind loyalists of PMB.

For this category as well, no one has the right to criticise their government and its infallible and iconic head.

Anyone who ventures any criticism of the fallacies and pretensions of the self proclaimed governing party and self anointed Pope leader must either be a PDP supporter, or someone who is fighting against change!

Well, i have news for you, both categories of loyalists! Those of us who fought the bad governance of the PDP including the regime of GEJ have absolutely no apologies to offer to anyone.

Nor do we owe anyone any apologies for pointing out the failings of the current regime.

It is like saying that since we fought against the military for democratic rule, we had no right therefore subsequently to fight against their civilian successors and interlopers!

Neither then when we were fighting the governments since 1999 for their anti-people policies, nor now did we declare ourselves to be supporters of any opposition party or personality. Not even during the electoral campaigns leading to the 2015 general elections did we endorse the APC or its candidate. In fact we were categorical in rejecting the APC and the PDP, and in calling for a different alternative - A Mass Political Movement.

Let me be clear, our loyalty is to the people, to the ordinary Nigerians not to any faction of the ruling elite and class.

We have been, and shall continue to fight against bad governance and anti-people policies, until a government of the working and poor people is finally installed.

I started becoming politically conscious during the second republic as a secondary school student. I began my conscious political activism during the Buhari-Idiagbon Military Dictatorship.

We fought the Buhari military regime them as University students, just as we fought the successor IBB, ING and Abacha dictatorships.

So take us on on the facts and content of our criticism, not on the basis of your fallacies.

You say you will make a N5,000 monthly transfer to the poorest one million households across the country, we reminded you that you are yet to fulfill your promise; you then come to us and say you have already started and paid the first month; and we proceed to ask you when was the one million poorest households selected? What criteria was used? Where is the register? How was the process undertaken that one million households were selected and registered with monies transferred to them without anyone else in the country being aware of the process until the VP made the public announcement?

We raised the necessary questions, pointed out lack of transparency, pointed out the mechanisms which needed to be in place but which are visibly not yet in place, and some smart alecs somewhere come out to tell us that we have no right or basis to question the government as if the funds to be invested are private funds? As if Nigerians do not have a right to know how one million households, that is about 60 million individuals

if we take the average size of the household to be six [a whopping 33% of a population of 180 million] were chosen and selected from among their midst?

And as if these is not injury enough, some other would be smart alecs come out to tell us that since we rejected their failure we had forfeited our right to be properly governed?

I mean why did we reject GEJ and PDP in the first place? Was it not because we were not being properly governed?

Or let us take the promise to employ 500,000 young graduates as volunteers to teach in rural schools and to serve as primary healthcare providers in rural areas, as well as another additional 200,000 young unemployed graduates as agriculture extension workers.

The government says it has already commenced with 200,000.
However beyond questions around the selection process and criteria, what is the system and mechanism in place for this to work and benefit pupils, farmers and the economy?

Will there be any teaching and agriculture extension training or orientation for these young unemployed persons who will volunteer for two years?

Will they be attached in pools to existing teachers and extension workers who will serve as their mentors and supervisors? How is their introduction into the system going to benefit and improve the decaying infrastructures and reinvigorate teaching and agriculture extension practice in the country? Or are we just deploying people for the sake of deploying?

What is the criteria and mechanism in place for selecting and choosing participating schools? As well as benefiting farmers?
Well, it is our country, and our people, and we shall continue not only to ask relevant questions, and provide answers, but also to organise and mobilise for good governance and pro-people government and governance.

And here-in lies our lengthy apology!

(Gaskia is Co-convener of Say No Campaign; Co-convener of Citizens’ Action To Take Back Nigeria; And National Co-ordinator of Protest To Power Movement)
Posted by PublicInformationProjects at 01:37