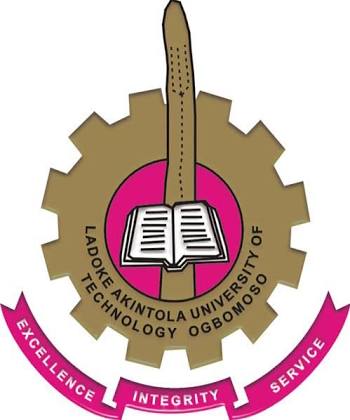 The United Action for Democracy (UAD) strongly supports the Monday January 9 simultaneous protests of the LAUTECH students in Ibadan and Oshogbo against the cruel Increment in the school fees (over 100%) by the Oyo and Osun state governments.


We declare that the students are so right to take to the streets as it is unprincipled for governments to put the burden of Education Funding on the poor necks of parents and students, especially under this harsh economic recession. Also, both states are actually breaching the Section 2 of the 1999 constitution which puts education funding and other welfare issues of the citizenry as the responsibilities of the government.

We believe that LAUTECH students are not alone in this historic struggle as school fees are being wickedly increased by the governments in all the geo-political zones. In Ambrose Ali University, for example, two students were killed last year in a popular and peaceful protest of students against fee increments.

The NANS Zone B popular report last year equally shows that fees are being increased in various institutions in the S/South and S/East. The Northern institutions are witnessing such mess, just as the Federal schools are not left out of the anti-poor development. What the Nigerian Ruling class is doing is to put burden of their conscious failure to fund education properly on the shoulders of we the people. This is grossly unacceptable!

The UNESCO position is that at least 26% of the Budgetary Allocations be put in Education by member-countries that are under-developed like Nigeria. But, the 2017 budget of the Buhari/APC government has fouled this by allocating less that 5% of the budget to education. The protest of LAUTECH students by Monday January 9 is a pace-setting one, and should be adopted on a national scale by all right-thinking students and youths.

It is on this premise that UAD call on all students in and around Ibadan and Osogbo to join the LAUTECH Students protests on January 9. We also call on parents, and all progress-seeking persons to be part of the protests. Our future lies in our ability to emancipate ourselves by ourselves. Even in Freetown, freedom is not freely given.

We then use this opportunity to call on the entire students’ movement to retie our girdles and reclaim our glory of being the defenders of the utmost of eternal truths. The current structures of NANS have been bastardized, and we must build a real pan-student structure through struggle and solidarity so that our future will be much more protected in this era of socio-economic and political crises caused mainly by neo-liberalism and ruling class impunity.

We also support ASUU in the struggle for the continuous implementation of the 2009 Agreement with FG. We call on all students’ structures and activists to support the ASUU struggle. This is as we urge ASUU structures in Oyo and Osun state to rally round the LAUTECH students. The attacks on education from above are attacks mainly on parents, students and workers. We need to unite so that we can, together, fight this class war.

We as well demand for the reinstatement of all victimized students, especially the UNILAG 13; AKUNGBA 25; and the OAU 1.

We call for the united rejection of the meager 5% allocation to Education and other welfare sectors that affects the Nigerians directly.

All roads lead to Ibadan on Monday January 9th. LAUTECH students must remain undaunted, for history and posterity is with us.