Open Letter: Nigerians Speak in One Voice That This Administration Has Failed to Deliver on Its Promises 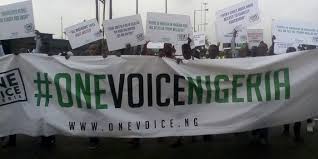 
In the words of Abubakar Tafawa Balewa, Nigeria’s First Prime Minister, ‘the future of this vast country must depend, in the main, on the efforts of ourselves to help ourselves.’

Since the idea of a protest was muted a few weeks ago and a call to action was given for Nigerians to share their challenges and concerns via social media and SMS, we have received hundreds of text messages, Whatsapp messages; thousands of comments via various social media platforms and millions of engagements through various hashtags.

The messages paint a clear picture of hardship across the country. Nigerians are facing difficult economic challenges and do not see any end in sight. Our standards of living have worsened and we are also disappointed in the lack of transparency and an ineffective fight against corruption in a government that made a fight against corruption a key pillar of its campaign. In summary, the change that Nigerians were promised has not been delivered and a road map to the desired destination is yet to be communicated.

This is not about ad-hoc programs or sound-bites, but a sincerity in the government, from the Presidency to its various ministries and agencies, that this government that means what it says and says what it means. The various spokespersons for the administration are dismissive of Nigerians’ concerns, repeating that Nigeria is working when it is clear, even to the blind, that it is not!

For example, a lot of work has gone into attempts to scuttle the peaceful gatherings in Lagos and Abuja, when the citizens right to free speech is inalienable. Furthermore, the implied attempt by some elements in security agencies to stifle the inalienable rights of Nigerians to freedom of speech and assembly cannot be allowed. We are in a democracy and citizens must be able to express their displeasure with their elected representatives in a lawful manner. If as much attention was paid to good governance, our circumstances would be much better.

We all suffer from the country’s dysfunction and we are saying – Enough is Enough! Nigeria must come first! Not personal interests, not sectional interests; not business interests. From the impact of perennial power shortage to the lack of decent health care facilities and a good education for our children, we all pay the price, one way or another, for bad governance. The police who are here with us today, the teachers, hawkers in the street, traders in the market, labourers, all of us suffer when Nigeria doesn't work.  The hardship we are going through, is why we are gathered here today. Thousands of jobs have been lost over the last one year, factories have closed, people are struggling not just to keep their kids in school but provide the most basic of things - food. We have watched the price of some of our staple foods double, even triple in some cases. Yet the response to our decision to protest, a freedom and a right guaranteed by our constitution, was multiple attempts to intimidate us and discredit us. May we remind you that repressing angry and frustrated citizenry never bodes well for those in power?

Perhaps it isn't surprising that political office holders have no idea how bad things have become after all their office, the political power they wield, their jumbo pay & allowance, means that their reality is very much removed from that of regular Nigerians, the people they promised, nay, swore to serve.

Well, most Nigerians are now fed up so we are gathered today, here and now to tell you that things are bad; really, really bad. It is also important to state, that while this message is addressed to you as the President of this great nation, the frustrations are not only towards the Federal Government. We are also speaking to the National Assembly whose job it is to represent Nigerians at the Federal level and their responsibilities include law-making; appropriating monies and ensuring they are spent judiciously. However, they have so far spent the last two years in office fighting for spoils, buying expensive cars, spending time on corruption allegations against several members and unanswered questions around the budgeting process and allegations of budget manipulation. At the State level, several states owe salaries and have refused to be accountable and transparent in the spending of resources, including the bailout funds they received from the Federal Government. This is simply unacceptable.

Our call for this protest had 10 key areas of concern – security, education, health, power, unemployment, high cost of living, social justice, transparency, cost of government & patriotism – we are making demands of 5 of these issues as follows:
Transparency in all tiers of government

We want to know how much states received as bailout funds and how the funds were spent, especially as salaries are unpaid and social services are under-funded and some cases even none existent.

That the Federal Government puts in place a clear mechanism for making public new hires into government agencies to ensure that these jobs are filled based on merit, not nepotism.

Allegations of illegal hires into the Central Bank of Nigeria (CBN), Federal Inland Revenue Service (FIRS), Nigerians Prisons are yet to be answered adequately. Freedom of Information requests to these agencies have met with silence on the substance of the request.

Allegations of ‘sex for food’ and food stealing in IDP camps must be investigated those found guilty punished swiftly. The suffering of Nigerians that are already victims of the Boko Haram onslaught cannot and should not be compounded by the actions of unscrupulous people.

Security:
ALL Nigerian lives MUST matter and we need to see government – at the State & Federal level – act in a way that proves this is indeed the case.

Insecurity is at an all-time low in Nigeria, from Benue State to the Niger Delta, from Southern Kaduna to the Northeast, scores are being killed and it seems the perpetrators are mostly getting away with it. The Federal Government and States must put proactive peace and security measures in place to ensure an equitable resolution of these current crisis and this road map must be made public so citizens are aware that their rights are being protected.

Cost of Government:
The cost of running our government structure is too high and needs to be reduced to reflect the reality of our dwindling economic fortunes.

National Assembly: The size is no longer affordable as it operates today. The structure that supports 469 individuals cost us N115bilion a year of which they provide no record of how the money is spent. There should be a referendum on a unicameral Assembly.

There have been several reports on eliminating duplicate agencies. They need to be implemented to reduce cost and increase efficiency.

Our budget process is poor and allows for fraud. We have not learnt from last year’s debacle. We propose open contracting data standard so that the budget and procurement data are linked in a way that allows citizens see clearly what has been funded. We also propose citizen consultation so that citizens have a direct say in the budget process.

Social Justice & Corruption:
At a time of increasing suffering for many Nigerians, the government should be humane and put a pause on actions to drive government revenue that increase hardship. The demolitions of living areas and markets; increase in taxes and the introduction of new taxes.

We can’t have one set of rules for the rich, and another for the poor. Allegations of corruption by political office holders should be investigated and innocence proven beyond reasonable doubt. The Presidency’s defence of the Secretary to the Government of the Federation on an offense to which he himself admitted guilt is unacceptable.

The government needs to follow the rule of law it espouses and obey court orders. Why has El Zaky not been released as ordered by the courts? A democratic government that tramples on the constitution is playing with fire as it undermines the foundation of its legitimacy.

Power
The lack of power in Nigeria continues to be a major hindrance to not just business but to people getting themselves out of poverty as many studies have shown. We demand that the government rolls out a 6-month emergency power plan that focuses on:

Amend the ESPR Act to relax regulation to allow small-scale power generation. We believe this will in a very short time improve our power situation.

It is important to reiterate that we are gathered here to protest because our political leaders have failed, our elected leaders have failed. They are not keeping their pre-elections promises, they are not delivering on their manifestos and programs. Worse, their actions and inactions have combined to create more hardship for millions of Nigerians.

We are here to demand for proper leadership, for accountability, for love of nation before self, for selfless service to country.

We are here because we are tired of those we have elected to ‘serve’ us taking advantage of us.

We are here to say Enough is Enough!

We are giving the government till its 2nd anniversary – May 29, 2017 to show substantive results on the issues we have raised. If not, the agitations will be louder and more intense.

Thank you and God bless the Federal Republic of Nigeria.

EnoughIsEnough
Posted by PublicInformationProjects at 07:11