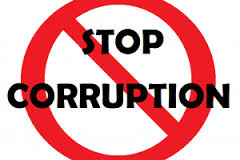 Reported By  A Citizen Reporter

The African Centre for Media & Information Literacy (AFRICMIL) has launched a civil society whistle blower project named Corruption Anonymous. Corruption Anonymous aims to create public confidence and acceptance of the new Whistle Blower Initiative of the Nigerian government. The project seeks to use citizens to win the war against corruption and enhance accountability in public office by providing a mechanism for anonymous reporting that is acceptable, credible and effective.


“Considering the endemic nature of corruption in Nigeria and the cost and challenge of prosecuting corruption, it is important to support any initiative that has the potential to prevent and, therefore, reduce corruption, said Chido Onumah, coordinator of AFRICMIL. Winning the war on corruption requires urgent holistic attention and a creative response that is both civil society oriented and sustainable.

Onumah noted that because of Nigerias weak institutions and how systemic corruption is in virtually all areas of public and corporate Nigeria, it will take more than government intervention to sustain the war on corruption. “Given the opportunity, citizens can do something about corruption, he said.

According to him, the overall goal of Corruption Anonymous is to strengthen the capacity of citizens and civil society to contribute to the success of the anti-corruption war by keying into the new whistle blower initiative, increasing patronage and support for the initiative as well as creating confidence in the system that the information citizens volunteer is not only used but that whistle blowers are protected.

Corruption Anonymous will bring together three interrelated stakeholders in the fight against corruption, namely: anticorruption agencies, the media and civil society to produce a synergy that would make the whistle blower policy sustainable. The recent successes of the war against corruption in the country, including recovery of large sums of money linked to the efforts of whistle blowers show that people are willing to report corruption if the conditions are right.

Onumah, who emphasized the need for a whistle blower legislation so that whistle blowers are not left at the mercy of offenders, said the project will support advocacy for the passage of the Whistle Blower (Protection) bill.
Posted by PublicInformationProjects at 10:04