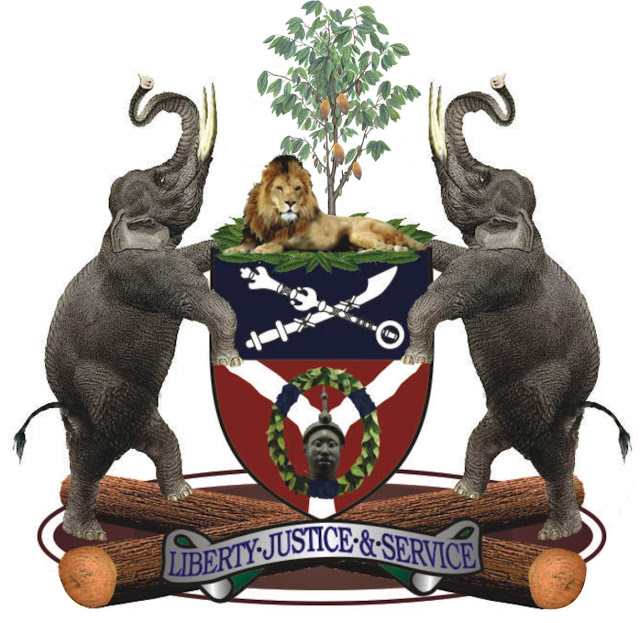 Let  me  start  by  declaring  that, no  matter  the  difficulties  encountered  on  Osun  State's  journey  to  greatness, I'm  of  the  tribe  of  Caleb;  a  harbinger  of  good  report  and  nothing  seems  capable  of  obliterating  this  perception  buttressed  by  what  is  on  the  ground.

All  said,  there  is  a  great  political  battle  ahead  in  Osun  State  and  only  the  Strength  of  Israel  knows  how  it  will  end!  Already,  posters  of  different  shades  and  colours  have  started  competing  for  available  space  in  the  state;  with  the  political  atmosphere  gradually  heating  up  with  melancholic  provocations; and  tempers  supposedly  flaring  with  grandiose  bellicosity.  There  are  cracks  here  and  there  within  the  parties.  These  may  eventually  lead  to  realignments  here  and  there.  Some  aggrieved  politicians  from the  ruling  party  are  talking  in  the  same  tone  with  some  disgruntled  members  from  the  inveterately  enervated  opposition  and  its  crude  appendage  of  unreconciled  dancers  and  clappers.  That  the  battle  ahead,  therefore,  has  the  capacity  to  be  fiercely chaotic, even  giftedly bitter is a  forgone conclusion!

Also, with  the  loss of power at the centre by the People's Democratic Party (PDP) in 2015, followed by  last year's  demystification of Iroko  in  neighbouring  Ondo  State, and, lately,  the  tragedy of depletion that  has struck  its national membership base like a plague, it may not be out of place to say  that  All Progressives Congress, APC, as  the only  party  standing well in Osun State, is  not unlikely to repeat  the  feat of August 9, 2014. Besides, with some  great jobs done by the  current administration, especially, in  areas  like infrastructure development, road  construction, agriculture  revolution, investments in education, and  its  huge  contributions to the political stability and economic growth of the state, coupled with other legacy interventions scattered here and there, the clock is likely to tick in favour of a successor committed  to  following in the footsteps of the incumbent governor and most invariably endorsed  by  him.

Well, while  political  permutations  may  not  translate into  outright  victory for the ruling party or 'by any means necessary' for the opposition, one cannot but wonder when idle and unrewarding sobriquets like 'Home-based', 'Lagos-based', 'Osun Abroad', 'Pathogens',   'Awon  Omo  Online' (Yahoo Boys),  and  'Atohunrinwa'  (Hinterland dwellers)  criminally  crept  into  Osun  State's  political  lexicon. Among other premises which paint a rather frightening picture  of  a  society  that  is  lacking in the use of  its  conscience  are  zoning  (that  it  is the  turn of a certain Senatorial District  to produce the next governor);  current  economic  realities  (trying to make Osun the Guinea pig of other states); as well as primordial anxieties about current administration's  capacity  to  complete  ongoing  projects  before  leaving  office.

Henry Brooks Adams describes politics as "the systematic organization of hatreds." I  have  once argued  that  the  Nigerianness  of  politics  in which  every  negative  thing  is  not  only  a  right but  also  a  command  is one  that  makes  one  angry,  sad  and  sympathetic.  Otherwise,  exploiting  'Place  of  Residence'  as  an obstacle to one's political aspiration in a state of  his  birth  is tantamount to asking  Donald  Trump  to  uphold, even  unleash  the  full  force  of  his  travel  ban  order  on  Nigerians living  in  the  USA   for  the  pointless   excuse of 'dollar'  flight from America  to  Nigeria. It  is  like driving  the  highly-technical   Julius Berger  out  of  the  country on the fallacious reason of 'naira flight' from Nigeria to Germany. For  instance,  who is  a  'home-based'  politician  and  who  are  'Atohunrinwa' ?  What are the characteristics of  'Awon Omo Online' and  what does  it  take  to  be  deregistered  from  the  cult  of  'Osun Abroad'?

At times, Nigerians are too greedy, and, in the exact sense of  the  word,  deficient when confronted  with  reality. That's  why  some  people  may  never want to  learn from Lagos State's story of success. Aregbesola  is  not  an  indigene of Lagos State. Yet, he was a two-term Commissioner in the Bola Tinubu-led  administration.  I am  sure  the  experience he gained  from that duty post  has helped  him  in  successfully  steering  the  affairs  of  Osun State away  from the  paranoiac edifice  of  plunder, wastage  and  malady  that  was  once  its  defining characteristic.  Rotimi Agunsoye,  also,  an  indigene  of  Osun State,  once  served  as  Commissioner  for  Local  Government  and  Chieftaincy Affairs  in  Lagos  State.  As  we  speak,  he  is  a  member  of  the  House of Representatives, representing  Kosofe  Federal  Constituency of  Lagos  State.  Dele Alake (Ekiti),  James  Faleke  (Kogi), Idowu Ajanaku (Ondo), and Ben Akabueze (Anambra) are  other  examples of deeds  which  have continued  to  speak  Lagos  State. So, if our sons and daughters  could serve  and  excel  elsewhere, what stops them  from  giving  their  best  to  the  state  of  their  birth?