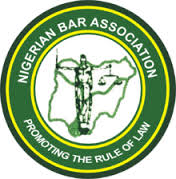 The attention of the Nigerian Bar Association (NBA) has been drawn to a news report by Premium Times, Nigeria, an online news medium, on the short-listing of Mrs. Chris-Garuba Rita Ifeyinwa Enewa for appointment as a Justice of the Court of Appeal. The Premium Times news report stated amongst other things that “the shortlisted Nominee, Mrs. Rita Chris-Garuba, formerly Rita Kuku, in 2000, was indicted for a series of professional misconduct related issues, including putting clients’ funds to her own use, and a £250,000.00 mortgage fraud in the United Kingdom where she worked as a solicitor; and concluded that despite the indictments, Mrs. Chris-Garuba, and the 11 other nominees, await confirmation by the President of the Court of Appeal for their new positions as Justices of the Court of Appeal”.


This Press Statement is issued to set the record straight and clarify the process around the screening and short-listing of the Nominees for the position of Justices of the Court of Appeal.

The Court Of Appeal Nominations Committee:
The Nigeria Bar Association (NBA) received a letter dated 1st February, 2017 from the President of the Court of Appeal, the Honourable Justice Z. A. Bulkachuwa, CFR; inviting nominations of "suitably qualified candidates to be considered for appointment” as Justices to the Court of Appeal.

Further to the above mentioned letter, the President of the Nigerian Bar Association (NBA); Abubakar Balarabe Mahmoud, OON, SAN, FCIArb (UK), directed that a request for Expressions of Interest (EoI) from suitably qualified candidates be made to all members of the NBA and this request for EoIs was issued on Monday 13th February, 2017.

In furtherance to the above, the NBA set-up the “Court of Appeal Nominations Committee”, an Eleven (11) man Committee consisting of very distinguished and eminent lawyers who were tasked with the responsibility of short-listing the nominees considered suitably qualified for appointment as Justices of the Court of Appeal. The NBA issued a press release in this regard and received a total of One Hundred and Ninety Two (192) Expressions of Interest out of which one Hundred and Eighty Seven (187) were accepted for consideration by the Committee as at the 5.00pm deadline for submission on Friday, 17th February 2017.

The Committee considered all Expressions of Interest received based on set criteria and after careful deliberation and screening, the Committee shortlisted Twelve (12) eminent legal practitioners and professors of law whom it considered suitable candidates for consideration for appointment as Justices of the Court of Appeal.

It is significant to note that being short-listed for consideration does not mean an automatic confirmation as a Justice of the Court of Appeal and only denotes a movement on the ladder of screening to the next and more rigorous process of further investigation by the NBA, Statutory Institutions, relevant security agencies and the general public. The import of this therefore, is that the list sent to the Court of Appeal is the first hurdle to be crossed by Legal Practitioners seeking Appointment as Justices of the Appellate Court.

Furthermore, following the short-listing of the candidates and to ensure that only fit, proper and qualified persons who had integrity were eventually appointed as Justices to the Court of Appeal, the NBA on February 22, 2017 published a list of the shortlisted candidates in order to elicit comments and/or complaints from the general public and relevant bodies/organisations on the suitability of the candidates so shortlisted. The list was also circulated to the National Executive Committee (NEC) members of the NBA at its  Aba NEC Meeting where the President informed the distinguished members of NEC about  the petitions against two of the Nominees after the screening exercise.

Receipt of Petitions against shortlisted Nominees (including Mrs. Chris-Garuba Rita Ifeyinwa Enewa and 1 other) and action taken:

On the 26th of February,2017 after the publication of the names of those shortlisted by the Committee, the NBA received formal complaints against two (2) of the Nominees (including Mrs. Chris-Garuba Rita Ifeyinwa Enewa and her matter before the Solicitor's Disciplinary Tribunal of the Law Society of England and Wales). Consequently, the following actions were taken;

On the 28 of February, 2017 the NBA requested a response to the complaint and allegations from the Nominees (Mrs. Chris-Garuba inclusive);

On the 1st of March, 2017 the NBA received a response from Mrs. Chris-Garuba; and commenced further investigation on the complaints vis-à-vis her response; The Committee is yet to decide the merit or otherwise of the complaints
Whilst investigation was on-going; the NBA simultaneously sent a formal letter of notification of complaint dated March 6, 2017 to the President of the Court of Appeal on the investigation and development, while withholding the supporting documents (Judgments and Publications) with respect to both Nominees pending the outcome of the investigations in this regard by the NBA. The Court of Appeal acknowledged the receipt of the notification on the same day.

It is important to state categorically that no member of the NBA Court of Appeal Nominations Committee was privy to Mrs. Chris-Garuba's indictment by the Solicitor's Disciplinary Tribunal of the Law Society of England and Wales before or during the nomination process.

The NBA would like to caution our Members and the general public against any insinuations which would impeach the integrity of the process, its President, members of the Court of Appeal Nomi ...

Released by
The Nigerian Bar Association Publicity  Arm
Posted by PublicInformationProjects at 15:01