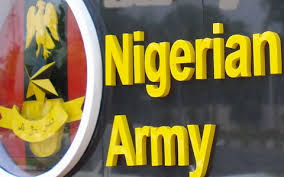 The gross rights abuses in the past 21 months of the ailing Buhari’s Government of Nigeria can never be investigated by the same perpetrators of the heinous crimes (i.e. Nigerian Army and its COAS: Tukur Yusuf Buratai, etc). Any so called special investigation panel set up by the Nigerian Army is manifestly a kangaroo and totally rejected. As a matter of fact, the Nigerian Army should be barred from meddling into investigations associated with same; except its right to be heard. There shall be proper criminal investigation and punitive measures against Buratai and Company; followed by an unbiased and balanced Special Judicial Commission of Enquiry set up by the Government of Nigeria, for the purpose of victims’ remedies or compensatory justice and serious administrative reprimands-Emeka Umeagbalasi-Criminologist & Graduate of Security Studies; and Board Chairman of Intersociety.


The forgoing represents the key stand of the leadership of International Society for Civil Liberties & the Rule of Law. That is to say that the Nigerian Army’s latest special panel to investigate itself concerning its basket-load of gross rights abuses in the country is not only a kangaroo, but also panicky, escapist and totally unacceptable. It is also a grave affront to the two famous rule of law principles of nemo judex in causa sua (no one should not be a judge in his/her own case or cause) and audi alteram partem(let the other side be heard or no one should be condemned unheard).

It is on indisputable record that the Nigerian Army including its Chief of Staff, Lt Gen Tukur Buratai; is responsible for over 70% of the gross rights abuses including custodial deaths, terminal wounding, grave torture, enforced disappearance, illegal detentions, mass shooting and killing of unarmed and defenseless ethnic and religious activists and mass killing of civilians or non combatants in conflict zones. Others grossly anti human rights and anti constitutional conducts of the Nigerian Army are violent conducts by way of physical threats and psychological intimidations; ethnic cleansing, ethno-religious bias, undermining of constitutional liberties, promotion and escalation of policy of militarization and encouragement of citizens’ militancy and radicalization as well as fueling the rapid and uncontrollable inflow of illicit Small Arms & Light Weapons (SALWs) in wrong or recalcitrant hands particularly in the Northeast and Niger Delta regions.

Apart from the foregoing, our forensic look at the so called “Eight-Man Military Panel of Investigation”, its composition and highly restricted terms of reference; clearly shows that the kangaroo panel is not only an exonerative panel, but also evidence cleanser and a fire brigade approach. When a similar panel was set up in March 2016 by Nigerian Army and its COAS through its Provost Marshall; it was mired in obvious conflict of interest and lack of moral compass. As expected, its investigation was dead on arrival. To make the matter worse, 13 slain bodies of IPOB members strongly suspected to have been killed and dumped inside an Aba burrow pit by the 144 Battalion of the Nigerian Army in the area; were suspiciously set ablaze by the culprit State agents, for the purpose of erasing traces and evidence destruction.

LAlso, a critical look at the composition of the so called “Army Investigative Panel” has further exposed the dubious and devious intents of the authorities of the Nigerian Army headed by Lt Gen Tukur Yusuf Buratai. The composition under reference is a total replica of the present gross llopsidedness in the Nigerian Army; which is patently Jihadist or Islamism friendly.

Shockingly too, the same Nigerian Army that says it wants to investigate the conduct atrocities of its personnel including the mass killing of Pro Biafra Campaigners of Southeast and South-south extractions has no single serving or retired army officers from the two areas; particularly from the Southeast as members of its so called “Special Military Panel”.

For the avoidance of doubt, the names of members of the kangaroo panel are: Major Gen Ahmed Tijani Jibrin, rtd (chairman), Brigadier General Dadan Garba, rtd; Brigadier General Abdulqadir Guide, rtd; Brigadier General O. Olayinka; Col. L. B. Mohamme; Col. UM Wambai ;Mr Olawole Fapohunda and Lt. Col. CM Akaliro, who is the panel’s secretary. The composition is not only ethnically sectional, but utterly Muslim and military dominated. It also has cabalistic outlook. It has no iota of regards for the individual and group victims as well as the generality of Nigerians.

Another glaring dubious intent associated with the so called “Army Special Panel” is its restricted terms of reference; such as “not revisiting areas covered by State Governments and the National Human Rights Commission”. That is to say that the kangaroo panel will not look into the mass killing of over 1000 unarmed and defenseless members of the Islamic Movement of Nigeria. Strong attempts have been made by the Federal Government of Nigeria through the Kaduna State Government and leprous National Human Rights Commission to exonerate the Nigerian Army and its lead-perpetrators including COAS Lt Gen Tukur Buratai from the Zaria butchery. The link to the Army statement, announcing the setting up of the kangaroo Special Military Panel is here: http://www.vanguardngr.com/2017/03/army-sets-panel-investigate-alleged-ex-judicial-killings-rights-violations-personnel/

As if these were not enough, the COAS, Lt Gen Tukur Buratai and his Nigerian Army have the audacity to criminalize and stigmatize the 240 unarmed and defenseless civilians including 29 children aged between new born and five years that died in its Giwa Military Barracks custody in 2016; by referring to them as “arrested Boko Haram terrorists”; yet they want to “investigate allegations of extra judicial killings, etc, involving Nigerian Military”.

We, therefore, make bold to say that the so called “Special Military Panel” totally lacks constitutional contents, moral compass, acceptability and credibility to look into the widespread rights abuses perpetrated against the Federation of Nigeria, the Constitution and innocent and defenseless citizens of the country. Addressing the abuses is far beyond the scope, capacity and capability of the lopsidedly composed Nigerian Army of present time.

Consequently, we strongly recommend as follows:
If the present Federal Government of Nigeria is repentantly and remorsefully concerned over its current atrocious human rights records; by way of redressing them and avoidance of international criminal justice wrath (i.e. vide principles of complementarity and no impunity); then there shall a matching order to the Attorney General of the Federation and the Office of the Inspector General of Police by the Federal Executive Council (FEC) to constitute a high powered Special Criminal Investigation Team into gross rights abuses committed by State agents as contained in the Amnesty International Report and reports of other notable rights groups and victim groups and individuals.

The composition of such Special Criminal Investigation Team shall be expertly headed by Office of Police DIG in-charge of Criminal Investigations and; composed of  representatives of Directorate of Military Intelligence, Military Police, State Security Service, National Intelligence Agency and their legal departments as well as office of the Attorney General of the Federation. The investigative personnel so chosen who must be serving members of the Nigerian Armed Forces and the Police; must be drawn from all the six geopolitical zones of Nigeria.

The draft composition of the Special Criminal Investigation shall be prepared by the Attorney General of the Federation and taken to the Federal Executive Council for amendment, modifications and ratification.

After ratification, the FEC shall make same public and its scope of criminal investigation shall mandatorily include: killings perpetrated by Army and other security personnel in time and areas of peace or areas not under insurgency; otherwise called crimes against humanity; mass killing of unarmed and defenseless members of an ethnic or religious group particularly in non war situations; otherwise called genocide; and killing or death in military or security custody of civilians or non combatants in areas of conflict (such as Giwa Military Barracks custodial deaths that killed 240 civilians including 29 children aged between new born and five years; and the Rann IDP bombing that killed not less than 236 civilians), otherwise called war crimes.

The Special Criminal Investigation Team must also embark on visitations to crime victims and group-victims as well as crime scenes. Administrative invitations with associated threats and intimidations to individual and group victims and their advocates as well as all forms of arm-chair syndromes shall be discouraged and prohibited by the Special Criminal Investigation Team.

At the conclusion of the Special Criminal Investigations, reports shall be issued and approved by FEC; after which those indicted shall be diligently prosecuted by the AGF, in accordance with Section 174 (1) of the Nigeria’s 1999 Constitution; while those indicted for war crimes (i.e. death of 240 civilians including 29 children aged between new born and five years; as well as the Rann IDP killing of 236 civilians) and genocide (i.e. killing of Pro Biafra Campaigners and Shiite Muslims) shall either be tried locally or handed over to ICC for  further international investigation and prosecution).

There shall be set up separately by the present Federal Government of Nigeria a Special Judicial Commission of Enquiry to ascertain as follows: (i) the roles of top security personnel such as immediate past IGP and his successor as well as the current Chief of Army Staff, the National Security Adviser, the Chief of Defense Staff, the Chief of Air Staff and the Minister of Interior in the referenced killings perpetrated by security personnel; (ii) those responsible for the massacre of Christians by the Nomad Fulani Jihadists (this is because till date the Federal Government of Nigeria has not declared the violent activities of same as armed rebellion or insurgency);  and (iii) the identities of slain victims of Shiite Muslims, Pro Biafra Campaigners and Christian activists killed by Government security operatives and the Nomad Fulani Jihadists.

The Special Judicial Commission of Enquiry shall be constituted by the Office of the AGF and approved by FEC. It shall have representatives drawn from (1) Amnesty International, (2) Nigerian Rights Groups including those based in the Southeast Zone; (3) the Federal Government of Nigeria bearing in mind its federal character; (4) Nigerian Armed Forces and Police; (5) Nigerian Bar Association; (6) the Catholic Secretariat of Nigeria and its Kafanchan Archdiocese; (7) the ECWA Church; (8) the Christian Association of Nigeria including the PFN; (9) relevant Muslim groups; (10) the Islamic Movement of Nigeria; (11) the Indigenous People of Biafra; (12) Nigerian Union of Journalists, (13)  etc.

The Special Judicial Commission of Enquiry shall come out with three major recommendations: (1) punitive and administrative reprimands, such as dismissal or sack of those public office holders found culpable-vicariously and individually; as well as their criminal prosecution; (2) proscription of violent groups found culpable and criminal prosecution of its principal officers and foot perpetrators; and (3) adequate compensation of the individual and group victims of State killings as well as those killed by the Nomad Fulani Jihadists.

Adequate and well publicized State apologies and constitution of the National Sorry Day for those killed outside the law in Nigeria.