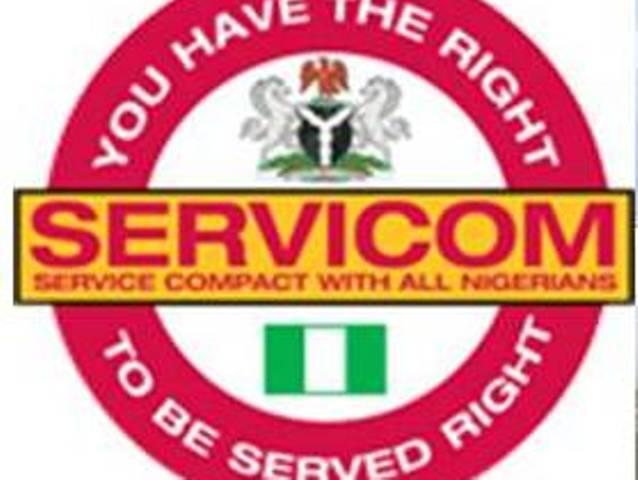 [Being text of a Presentation by Jaiye  Gaskia at the 1ST National Policy Dialogue on Strategies for improving service Delivery in Government Parastatles, Agencies and Commissions on Tuesday 28TH March 2017]


Introduction;
It is indeed a welcome and commendable initiative to convene such a multi-stakeholder forum on National policy dialogue on public service delivery.

It is even more significant given its timing at a period when the nation is going through economic recession, and the already weakened fabric of trust between citizen and the state is being further weakened by the impact of the recession.

I am not going to bore you with a scholarly and academic presentation, and as you may have noticed, I have taken the liberty to slightly adjust the topic given to me.

I do not want to make the presumptuous claim that I speak for all customers and recipients of public service, I wish only to emphasise that the following are my own observations and contributions to the discourse. So rather than give ‘The Customer’s perspective’, I am proposing to give Á customer’s perspective’.

Background And Context;
The purpose of government and governance everywhere in the world in human societies, is to meet and provision the basic needs of citizens, as well as to manage the collective affairs of society in a manner that enhances the humanity of citizens and promotes and advances the progressive development of human society and the human person.

The Constitution of the Federal Republic Of Nigeria 1999 as amended underlies this very point in Section 14, subsection 2, b, where it provides ‘that the purpose of government shall be to ensure the security and wellbeing of citizens’.

The same constitution goes further in Chapters Two and Four to set forth the underlying basis of what must be in place at the minimum to guarantee the wellbeing and security of citizens. It is important that we pause for a while at this point to emphasise that the constitution is very clear in its reference to all citizens, and not to certain citizens.

It is thus very clear here that the constitution disavows unequal access to opportunities, and expects that services will be delivered to all fairly and justly.

Secondly, attempts have been made and continue to be made to try to differentiate and separate the Human rights and human dignity provisions of chapters two and four, with the invented differentiation of the fundamental principles of state directives in chapter two as none justiciable, in opposition to the fundamental rights provisions of chapter four which are justiciable.

My lay man’s view is that the provisions of both chapters are enforceable and justiciable; and that approaching them thus will go a long way in ensuring that the state delivers good governance and renders quality public service.

Virtually every provision in chapter is introduced by the phrase, ‘the state or government shall ……’, and the verb shall is an obligatory not a conditional one.

The attendant result of public service delivery failure usually includes centrally the loss of confidence in state institutions and the erosion of citizens’ trust in government and governance processes. This precarious situation if not quickly addressed can only end in chaos and break down of social cohesion.

Quite often though when this problem is recognised, when we have moved away from denial, the knee jack response is often to isolate the size of the bureaucracy as the problem, and hence we begin to focus on the size and cost of government and governance.

It is self-evident in the fact they are faced with a choice between sending their kids to private schools which are unaffordable, or sending them to public schools, where no learning not to speak of education takes place; it is self-evident in their inability to afford adequate healthcare simply because again they are faced with a choice between patronising the expensive services of private hospitals, or patronising public health centres where from the attitude of the personnel, to the inadequate and low quality of facilities and absence of drugs, the choice becomes really one of self-immolation. In desperation, many turn to self-medication, and to the services of herbalists and spiritual healers.

Or is it in housing? In a nation with 17 million housing deficits? And by the way the implication of this is that nearly 90 million of our citizens with the average household size of 6 live in subhuman habitation or are homeless!

What about access to energy and to public transportation for instance? Again the vast majority of citizens’ are faced with the same problem of inadequacy or total absence of access and quality of service.

Security is also a service provided by the state, but in the context of rising crime wave, many citizens feel exposed and insecure and are resorting to self-help. Take for instance communities that are struggling under the yoke of kidnappers, armed gangsters described as cultists, and armed robbers; and who feel helpless.

How Did We Get Here?
Yet, in reality the public perception of the state, governance and public service delivery have not always been poor. In the hey days of the period of self-government just before independence, in the immediate post-independence era, and even in through to the second republic, though the decline had begun to set in and take root, the public perception of the state and public service was rather positive.

What happened? Right from our miscalculated response to the economic crisis of the 1980s, we took the wrong turn, and abandoned public planning. We abandoned the National Development Planning processes and framework, and our development took a chaotic path.

Yet, the state that was inherited by those who did away with planning was a state based on planning. So the public service developed national development plans and coordinated their implementation.

This was what determined the size of the state, its structure, its function. Governance then meant identifying priorities for national and human development, developing appropriate strategic plans and frameworks to realise this, developing strategies to generate resources, and appropriately allocating funds in investments to realise these plans.

It was on the basis of this that the size, structure and function of the state was determined, and the foundation upon which the public service evolved. But now shun of content, we expect the retained form to deliver as in the past, and we undertake ceaseless reform initiatives to get the carcass to work and walk?

The Agriculture ministry for instance has about 18 research institutes. This is good. But what do they do? How are they linked with and connected to farmers and other agriculturalists who require their services? How are their research efforts informed by actual needs on the farms if these linkages are not there?

Why have we not become leaders in the field of alternative energy sources, in particular in solar and wind energy generation given our gross energy deficit, and the abundance of these other sources? It is developmental questions such as these that the state is meant to respond through the public service. And it is this, rather than a fixation on some arbitrarily determined cost and size that should determine the nature, scope, character and coverage of the public service and the state.

The Servicom Intervention;
The SERVICOM intervention to my mind has been constrained in its capacity to realise its full potential by several factors. Chief among these factors include the self-defeating logic of our governance, where once we recognise a problem, we set up an institution to deal with it, and promptly abandon the institution to its own volition.

Yes, SERVICOM is a potentially useful mechanism, but only when government and its institutions function in a coordinated and integrated manner, building synergy and mutually reinforcing one another.

So the SERVICOM mandate may require SERVICOME personnel and units within MDAs to be driven, nevertheless, to be successful all units must be seen to be delivering on their own mandates as well.

The SERVICOM units in MDAs should be integral not extraneous parts of the MDAs, this is why the processes of line and matrix management was invented!

Let me illustrate what I mean with a telling example emblematic of our governance challenge. In the MDG years, we created MDG units and bureaucracies, and we promptly began to implement MDG projects, separate from the mainstream projects of the MDAs. A mistake we are about to make with the SDGs as well.

If the MDG goals were about human development, and were things that every country should realise as a minimum, shouldn’t it be that all of the programs and development projects of the MDAs should be MDG focused and oriented?

What Can Be Done?
Well, I have a few recommendations:
First, SERVICOM should be remodelled to play a central role in a comprehensive monitoring and evaluation framework for measuring governance performance in the country.
Second, a reward and punishment based performance framework should be developed, with SERVICOM playing a central role in this. Those who perform and deliver on their mandate should be rewarded while those who fail should be sanctioned.

The SERVICOM charter as are many other government policy instruments are little known to the populace, and without citizens having access to these instruments, knowing them, and understanding how to seek redress, it will be preposterous to expect that the public service will undertake a miraculous transformation. Citizens demand, active citizenship compels political will.

Fundamentally however, governance should be based on strategic planning, within the context of active citizen participation. As such as w country we need to return to the strategic national development planning framework.

Bibliography;
In the development of my thoughts on this subject as captured in this presentation, I did have to read about the subject, and I have found the following useful materials.

Impacts of service compact with all Nigerians [SERVICOM] on public service delivery: A case study of the Federal Ministry Of Women Affairs and Social Development; IJBFMR 3 [2015]
Posted by PublicInformationProjects at 22:22