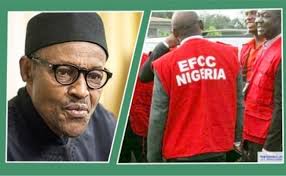 In Nigeria at the moment, there’s a word, or more appropriately buzzword that resonates everywhere: It is a word that even children in nursery school may be familiar with given every usual reference to it at the slightest opportunity.   Indeed, there is hardly any news item from Nigeria these days that does not make mention of it. CORRUPTION! If it is not about how Muhammadu Buhari’s administration is prosecuting some corrupt people by charging them to court, it is about monies the government is seemingly recovering or has traced and recovered as was observed with the 13 billion naira stashed in a residential flat in Ikoyi, Lagos. At times it could even be the tale, as we are ever so often regaled with as well, of corruption fighting back! That is a familiar line from both the Economic and Financial Crimes Commission and Lai Mohammed, the Minister of Information, a.k.a spokesman for the Federal government. Of course, people fight to protect their interest.


Far worrisome on Nigeria’s corruption fight is that even an ignoble man who had looted the public treasury and uses it to fund his bogus lifestyle would not give it up without a fight or scheme to destroy his accusers. This complicated gambit is definitely not strange in most developing economies with long history of sleaze in governance but Nigerian citizens seem exceptional in strategies to discourage corruption fight. Emphatically, in Nigeria, long before now, any credible polity watcher would have noticed how promoters of corruption in government fight back with distortion of facts and attack those that exposed them with unimaginable impunity. Even recently, there is no better example of a victim of corruption fight back narrative for me than what happened to Abdulrasheed Maina, the former Chairman of the Pension Reform Task Team, PRTT, whom recovered trillions of naira, yet was forced out of office under largely politically motivated circumstances.

When Maina was appointed to head the presidential task team on pension reform some years ago, few people gave him any chance of succeeding as it was not the first time Nigerians would be seeing someone lead an intervention transformation task team in the country. But the young intelligent Maina had a clear idea what needed to be done to reform Nigeria's rotten pension scheme that was hampered by decade long corruption involving powerful figures with a hold on the system. He went about his work quietly and before long was able to recover humongous sums of money for the federal government, money running into trillions of naira. But just when you asked for more, the story changed. The hunter suddenly became the hunted as the very people who had for decades been making a kill from pension money, feeding fat on the sweat and blood of fellow citizens thereafter smiling home with tens of billions of naira, turned the heat on him, alleging that he was corrupt. They came up with stories that Maina had embezzled 195 billion naira from the trillions he had recovered, and soon the narrative changed from the issue of the monies recovered by the Borno State born reformer to what is allegedly missing.  The Nigerian Senate of the then 7th Assembly decided to investigate the allegations and soon set up a panel to probe him. After Maina’s preliminary appearance before the Senate Committee, he claimed that he was not given fair hearing as he was only allowed to provide a yes or no response to issues that demanded explanations. Most likely Maina might have perceived a premeditated verdict, thus opted for a legal battle. However, the police later declared him wanted over his failure to honour further invitations of the Senate Committee. Fortunately, for him, the court quashed the warrant issued by the police with even a perpetual injunction restraining the police from arresting him on related issues. This is just the background to what was later discovered as clear ruse to destroy Maina’s reputation. On record, a man who was being praised to high heavens by many for reforming Nigeria’s pension system was now suddenly being accused by some, including the Senate Committee, of shortchanging the system. Following the senate inquiry, the EFCC hurled their net at him. Determined to save his name, Maina filed a 1.5 billion naira suit against the National Assembly and police claiming abuse of his fundamental human rights.

The unfortunate part of the drama is that the same EFCC under its former leadership which also participated in the entire Maina Led Biometric Exercise that was being queried, later succumbed to pressure from the 7th Senate to declare Maina guilty as charged. Before long, Maina was attacked but he escaped death by the whiskers. The devious act happened at his residence but he was a lucky victim of failed assassination of near death as widely reported in the media.

Fearing for his life, it was also reported that Maina travelled out of Nigeria. By every sound logic, it is afterall, a living being that has a chance to defend himself.  However, like any assumed innocent man, the accusation of embezzling money is worrisome and it is wise to clear your name of any wrongdoing, particularly when you know, like Maina does, that the allegations against you are contrived and false, cooked up by people with an agenda to protect their crooked interest. This is easily buttressed by quick recall that one of the senior members of the panel that probed the Maina led PRTT had since confessed to insincerity on National Television.

Unfortunately, it is now almost four years that these series of events unfolded, culminating in Maina losing his job as the then President Goodluck Jonathan administration later replaced him with Olabisi Jaji following pressure from the same 7th Senate. Indeed, it is shocking that even the then Head of Service cowed in and sanctioned Maina for failing to report to work a day after he was shot or was proposed to have been killed, an incident which was duly captured in the media.

At times like this, it is best to put an unfortunate past behind and focus on the dream of a collective prosperous future especially when the present led Buhari administration of Nigeria, as obvious, is firmly committed  to addressing corruption headlong. However, what the country needs is to bring on board its best hands to collaborate with existing government efforts for successful and rapid tackle of fraud monster. Good that Maina has not been proved to be corrupt, he was simply a victim of a system possessed of cabals bent on destroying him. He was, as his short stint as pension fund recovery boss shows, a vastly experienced reformer and goal getter who changed the pension system in Nigeria and ended up recovering trillions of naira for his country. Indeed, Maina it was who introduced the Smart Card Biometric system of payment for pensioners that revolutionized the sector. Before him, pensioners used to travel long distances from their communities and respective states to come to Abuja to collect their monthly pension payments only to be forced to queue in line to collect their entitlement due to the sheer number of people that had come for the same purpose. Such reports of beneficiaries queuing and even dying in the process of waiting to collect their entitlements were common. Nevertheless, under Maina’s direction and with the Smart Card instituted, no one needed to queue again to collect his money. Certainly with gross elimination of almost a hundred thousand ghost pensioners, Maina sanitized the Pension system, saved Nigeria billions of naira but put his life at great risk as evinced in his unfortunate encounter. Candidly and succinctly put, for a country like Nigeria to grow it needs men of courage with traits of patriotism like that exhibited by Maina.

No doubt, Maina has demonstrated capacity and he still remains very qualified to continue helping recover more of Nigeria’s stolen wealth. The fact that the major allegation of embezzlement against him has been dismissed is sufficient proof that corruption was fighting back at him. Nevertheless, if there exist any other allegation on Maina, it could just be another distraction promoted by those opposed to his work. Indeed, such should not be permitted to be a strong reason for the government not to engage and tap from his knowledge in detecting and exposing fraud. It is very obvious but sad that the pension thieves that Maina tried to stub out would not like this view and even few reasonable people may disagree with me on Maina. However, I believe that in this era of economic recession, the Nigerian majority would recognize the absurdity of ignoring stolen trillions of naira from our National Treasury in the hands of few criminals whilst focusing on uncertain allegations against Maina is of no quality reasoning. More so, there is nothing abnormal with putting on hold or temporarily ignoring the seeming bogus existing accusations against Maina until he completes this vital national task of gross common good. Infact, I believe this approach of avoiding unnecessary distractions is just about applying wisdom to stop those that wish to frustrate the Buhari’s Anti-corruption fight especially on Pension reform.

(Okoh is a Lecturer at the University of Lagos)
Posted by PublicInformationProjects at 02:59