Article: Modern Biotechnology A Boon To The Biodiversity: Nigerians Beware Of Misleading Activism 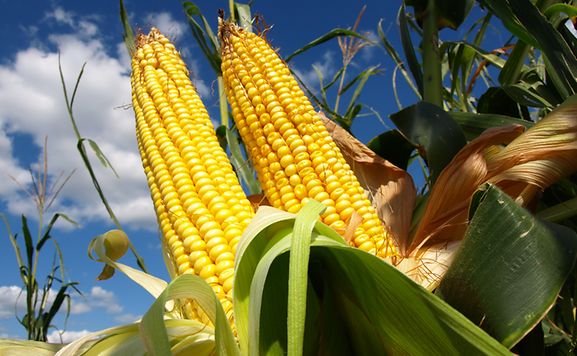 It has been globally recognized that the need for food security and improved agricultural system are paramount. The Sustainable Development Goals further reaffirms this with its second goal which seeks to end hunger, achieve food security and improved nutrition and promote sustainable agriculture. Since early 1900s, about 75% of crop diversity has been lost from farmers’ fields. Fortunately, a good use of agricultural biodiversity can contribute to enhanced nutrition, better livelihoods for farming communities and more resilient and sustainable farming systems.

For Nigeria to be food sufficient, we must underscore the need for modern and climate-smart agricultural practices. The agricultural policy of the current administration – ‘’The Green Alternative’’ emphasizes on food security as one of the four thrusts and recognizes that agriculture is key to long-term economic growth and security. There is no doubt that the lack of food security is an underlining cause for some of the greatest challenges we face in the country today like conflict of farmers and herdsmen.

In her speech on November 10, 2016, the former Honorable Minister of Environment Amina J. Mohammed stated that the federal government will welcome technology that will provide safe and adequate food for Nigerians in furtherance to its commitment to zero hunger, hence the signing of the historic Paris Agreement by the President and the establishment of the National Biosafety Management Agency (NBMA) to enable Nigerians benefit maximally from the practice of safe modern biotechnology.  Prof Lucy Ogbadu rightly commented that by having a Biosafety law in place, Nigeria has commenced a silent revolution

Modern biotechnology is a tool in addressing challenges that have been difficult to resolve using conventional approach particularly in the improvement of agriculture, medicine, industrial growth and enhancing environmental sustainability. For instance, a year after the genetically modified friendly Aedes mosquitoes were launched in Piracicaba, Brazil, the Epidemiologic Surveillance service released new data which showed a 91% reduction in dengue fever cases in the CECAP/EI Dorado District. The latest data roundup also reports zero cases of Zika and chikungunya in CECAP/Eldorado. It is science that rules the world and Nigeria cannot afford to be isolated from the trend.

Scientific and regulatory agencies around the world have repeatedly and consistently found crops and foods improved through biotechnology to be as safe as (if not safer than) those derived from any other method of production. There has never been a single confirmed case of a negative health outcome for humans or animals from their consumption. Their environmental impacts have been shown repeatedly to be less damaging to the environment, and a boon to global biodiversity.

The worldwide scientific consensus on the safety of genetic engineering is as solid as that which underpins human-caused global warming. Yet this basic truth on GMOs, that they’re as safe, as conventionally cultivated food, is ignored when ideological interests are threatened. The suspicion often caused by the anti-globalization activists against GMO crops (but not GMO processed foods like cheese and beer or medical applications like insulin and many new drugs) paradoxically reinforced an “environmentally justified” set of regulatory hurdles, which only large companies can afford.

Unfortunately, there has been a lot of campaign by anti-GMO activists against modern biotechnology and genetically modified organisms (GMOs) in Nigeria creating fears in the minds of Nigerians. Organizations opposed to modern plant breeding, have repeatedly denied these facts and opposed biotechnological innovations in agriculture. They have misrepresented their risks, benefits, and impacts, and supported the cancellation of permits granted to Monsanto, criminal destruction of approved field trials and research projects and continuous demand for the repeal of the biosafety Act.

Let us at this juncture recall that Nigeria signed and ratified the Cartagena Protocol on Biosafety (CPB), in 2000 and 2003 respectively. The objective of the protocol is to contribute to ensuring an adequate level of protection of human health and biodiversity from potential risks of modern biotechnological practices. Parties to the Protocol are required to domesticate the Protocol through administrative and legal frame work. In this regard, Nigeria came up with the National Biosafety Management Agency Act 2015 which heralds the National Biosafety Management Agency (NBMA). The insinuation by anti-GMOs campaigners that the Act was rushed is far from the truth. The process began in 2002 and those making insinuations were involved in the review process. It was duly passed initially in 2011 and again in 2015 before it was assented to on April 18, 2015.

The African Union (AU) Ministerial Conference on Science and Technology adopted Biosafety and Biotechnology for the economic development in Africa. To assist member countries to develop biosafety capacity, the AU-NEPAD Agency established the African Biosafety Network of Experts (ABNE). The ABNE since 2010 has supported Nigeria in various capacity building programs. ECOWAS on its part is currently developing common biosafety regulations for the sub-region and Nigeria has made some inputs into it.

With these frameworks in place, Nigeria has strategically placed itself in the forefront of Science and Technology to re-double its efforts in the acquisition of the capacity for the judicious utilization of all the tools of modern biotechnology to confront the challenges of the changing world.

It should be reiterated that in a statement issued by Alhaji Isiaka Yusuf of Federal Ministry of Environment, in Abuja (on 20th June, 2016), the former Minister, Amina Mohammed stated that the National Biosafety Management Agency (NBMA), established in 2015, under the Federal Ministry of Environment was charged to, among others, ensure proper regulation of modern biotechnological activities and genetically modified organisms so as to protect the lives of Nigerians. According to her, with the Act in place, Nigeria has taken laudable strides in order to adopt the necessary legal biosafety framework and policy, bearing in mind that if Nigeria gets it right, it will guide other African countries.

Furthermore, she stated that the quest for Nigeria’s biotechnological advancement dates back to 2001 when the country adopted a National Biotechnology policy and subsequently established the National Biotechnology Development Agency, adding that over 20 research institutes, private biotechnology firms and universities are also players in the biotechnology sector. She stated that the agency is not working alone, as it is partnering with critical stakeholders such as the Nigerian Customs, the Nigerian Civil Defence Corps (NCDC), the National Agency for Food and Drug Administration and Control (NAFDAC), the Ministry of Justice, Nigeria Agricultural Quarantine Service, National Seed Council, Science and regulatory based institutions, the New Partnership for Africa Development (NEPAD) and African Biosafety Network of Expertise, (ABNE), among others.

The NBMA has the onerous task of ensuring that potential impacts of the GMO on human or animal health, the environment and the socio-economic effects are carefully weighed and the risk assessment fully carried out before being released, she disclosed. She enjoined the citizenry to cooperate with the Federal Government in its quest to diversify the Nigerian economy for the present and future generations, adding: “Nigerians should be rest assured of the protection of their health and environment by the National Biosafety Management Agency”.

Nigerians therefore, should be warned that the indecent and incessant clamor for the abrogation of the Biosafety Act by some pressure groups is not only anti-government but also most illegal and enough to attract government sanction as we should be responsible for our actions and utterances. It should be vehemently stated at this point, that outright opposition to new farm science is directly contributing to continued growth of poverty and hunger. It is science that rules the world and Nigeria cannot afford to be isolated from the trend.

(Agbaegbu is Executive Director Every Woman Hope Centre, a Nigeria- Based Ngo And Publishers Of Lifecare Magazine)
Posted by PublicInformationProjects at 00:33