Article: Scrabble For The Post Of Director-General Of NAFDAC 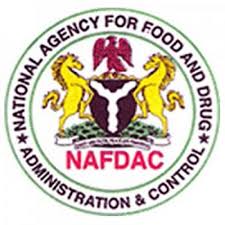 One of the dangers of playing politics with everything is the likely abuse of due process, participatory democracy and merit – and it becomes too worrisome and counter-productive when done with flare of nepotism. Like putting round pegs in square holes, this promotes mediocrity with sub-optimal performance and ultimate failure, and when such happens the people suffer.


On this note, there is the urgent need to preserve institutions and carry everyone along so that the cry of marginalization and even exclusion associated with the APC led federal government will cease to exist and the resultant suspicion and tension would be put to rest.

While it is good to play party politics and compensate faithful party members, certain institutions and sectors should not be politicized. A case in question is the office of the Director-General of NAFDAC. This position is a professional office that cannot be sacrificed on the altar of brotherhood or used to compensate loyal party faithful. For efficiency and effectiveness, an experienced pharmacist with good reservoir of knowledge that is useful to the system and understands the peculiarity of Nigeria is apt for this post.

Rumours have it that the north is about to take this position again. But beyond the “northernization agenda,” what is the rational and justification for such appointment now, bearing in mind that the immediate past Director-General is from the north?

So far, it’s very clear that the northern APC bigwigs have penciled down about six pharmacists from Northeast and Northwest from whom one would be given the post while the Southwest APC chieftains have a candidate that is incidentally not a pharmacist but regrettably enough, the Southeast and Southsouth APC members seem to be in slumber!

In the process of investigating this NAFDAC DG’s appointment, someone asked me, “Do you prefer a southerner who is a non-pharmacist to a northerner who is a pharmacist?” My answer was, “None of the above!” This is because there are so many more qualified and experienced pharmacists in the south for this particular position than the six pharmacists being nominated and sponsored from the north.

On the principle of Federal Character, it is also good to note that since the immediate past Director-General of NAFDAC is from the north, the position of Director- General of NAFDAC now should go to Southeast or Southsouth on grounds of equity but more on competence and experience. Let’s do it right.
Posted by PublicInformationProjects at 01:23