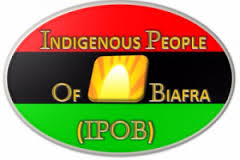 The bail conditions handed out to the leader of the Indigenous People of Biafra (IPOB), Mazi Nnamdi Kanu, by Justice Binta Murtala-Nyako is not only defective but also smirks of judicial recklessness, rascality, and reeks of tribal and religious bigotry. At best, the bail conditions are booby traps to perpetually gag, ensnare, and render lameduck, Mazi Nnamdi Kanu whose only crime is the peaceful demand for the enforcement of the rights of Indigenous People of Biafra to self-determination as enshrined in the 2007 United Nations Declaration on the Rights of Indigenous People (UNDRIP). We posit that Justice Binta Murtala-Nyako has brought the Nigerian Judicial System to the lowest ebb by virtue of these bail conditions.


For those who do not know, on the 25th of April, 2017, Justice Binta Murtala-Nyako granted Mazi Nnamdi Kanu bail on health grounds but with the following strings attached:

1) Produce three sureties and two of whom must be; (a) highly respected and recognized Jewish leader and (b) highly placed Igbo person such as a Senator. The third surety must be resident in Abuja with a landed property in the same Abuja. Above all, the three sureties must deposit one hundred million naira (N100million) each.

2) Barred from attending any rally and granting any form of interview.

3) Must not be in a crowd exceeding 10 persons.

4) Must surrender his British and Nigerian passports even when these passports are still in the custody of the DSS.

5) Must sign an undertaking to avail himself for trial at all times.

Justice Binta Murtala-Nyako has turned the Judiciary on its head with these laughable and ludicrous bail conditions. She has made history in the Nigerian Judicial System as the first Judge to introduce religion and tribe into  bail conditions in a non-religious court case. Justice Binta Murtala-Nyako has defamed the Nigerian Judicial System by violating the fundamental human rights of an accused person as stipulated in the various United Nations Conventions as well as in the relevant sections of Chapter Four of the Retired General Abdulsalami Abubakar-unilaterally written Constitution of Nigeria.

We can confirm from the immediate family of Nnamdi Kanu that his official religion is Christianity, hence we are at loss on why a respected Jewish leader must be one of the sureties. As far as we know, Nnamdi Kanu has British and Nigerian passports, so why stipulate a respected Jewish leader as one of the sureties? Secondly, why specify that another surety must be of Igbo extraction? Is Igbo the only tribe in Biafra or in Nigeria for that matter? Has there been any precedence where a surety was required to come from a particular tribe?

If truly Justice Binta Nyako’s court is a Federal High Court, why restrict a third surety to be a resident of Abuja? Even at that, is it out of place for an Abuja resident to have a landed property elsewhere within Nigeria or is Justice Binta Murtala-Nyako not confident in the ability of the relevant Nigerian Agency to identify and seize any property outside of Abuja if such an Agency is required to do so?

Furthermore, we ask Justice Binta Murtala-Nyako to explain what she meant by not allowing Nnamdi Kanu to be found in the presence of more than 10 persons. From our investigation, Nnamdi Kanu’s siblings and their immediate families plus Nnamdi Kanu’s parents all numbered more than 20 persons. On the other hand, Nnamdi Kanu’s in-laws numbered more than 12 persons. So what happens if Nnamdi Kanu with his wife and children decide to visit his siblings and his parents or to visit his in-laws? Outside of the family and in-laws, so Nnamdi Kanu cannot attend church services, go to the market, or be in any mode of public transportation system because in all these, it is impossible to have just 10 persons or less.

Of what use is granting someone bail on health grounds while at the same time refusing the person to travel to any place in the world where he or she wishes to have satisfactory medical services? Why should Justice Binta Murtala-Nyako restrict Nnamdi Kanu to receiving medical treatments only in Nigeria  through the seizure of his International Passports? What has Nnamdi Kanu attending any rally got to do with the ongoing court case? If in the process of receiving medical treatments, the physician determined that Nnamdi Kanu should be put on bed rest, so should the bail be revoked because he will not avail himself of trial at all times?

From these bail conditions deviously handed out by Justice Binta Murtala-Nyako, it is obvious that this is a case of the voice of Jacob and the hands of Esau. In other words, those bail conditions were written by Retired Major General Muhammadu Buhari and handed over to Justice Binta Murtala-Nyako to read out in court. We therefore, call upon the Chief Justice of Nigeria to intervene and salvage whatever remains of the tattered image of the Nigerian Judiciary.

These bail conditions are laughable and defective and must be totally overturned. In addition to granting an unconditional release to Nnamdi Kanu, we demand that the other three detained Biafrans, namely Chidiebere Onwudiwe, Benjamin Madubugwu, and David Nwawuisi must also be released unconditionally. Nothing less will be acceptable to Biafrans. Justice Binta Murtala-Nyako must jettison the bail conditions she handed out to Mazi Nnamdi Kanu and proceed to unconditionally release all four Biafrans immediately.