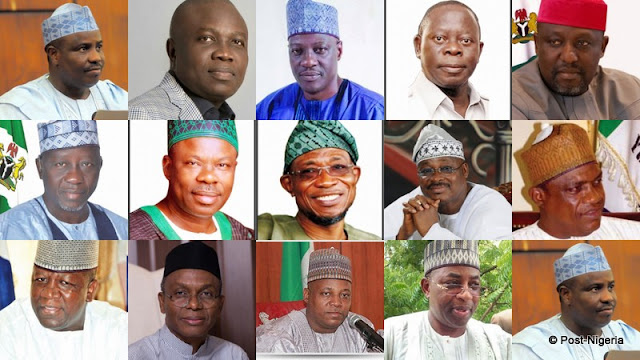 Nigeria is, as we speak, challenged and all eyes can see it! No thanks to past leaders who, in their selfish wisdom, ate all of the country’s honey, thereby leaving it with nothing but moonshine.

Nonetheless, Yemi Adebowale’s blanket swipe at Nigerian governors (as espoused in his article, entitled, ‘Squandering Governors Rolling out the Drums’ (Thisday, June 10, 2017) cannot go unchallenged by those of us who are not unaware of Governor Rauf Aregbesola’s passion for Osun and his determination to leave the state better than he met it. For instance, I have had cause to wonder what would have by now become the fate of the state's already stunted finances had Bisi Akande not built the cynosure-of-the-eyes Secretariat and the state’s Ministries, Departments and Agencies (MDAs) were to operate from rented apartments. By the same token, what will history have said of the
governor had he wasted the state's meager resources on jamborees and allied frivolities?

In my view, Aregbesola deserves commendation for championing the cause of sound economic decisions that midwifed a fresh agenda for value-based leadership in Osun State, especially, at a time  when how much money can be thrown around on meaningless projects has become the parameter for gauging performance. Unlike other states which reacted harshly to the global crunch, it is on record that Aregbesola’s administration has never under any guise ‘downsized’ or ‘rightsized’ its workforce. So far, the Hassan Sunmonu-led Revenue Apportionment Committee has been doing a wonderful job in the area of salary payment and that has bailed the state out of a protracted wage crisis.

Well, while one cannot but appreciate Adebowale's concerns, his plight cannot be shunned either! For instance, from January 2017 till date, total revenues that have accrued to Osun from the Federation Account are on the left side of N2billion. Similarly, Osun’s annual Internally Generated Revenues (IGR) are by far less than half of what Lagos State takes home monthly. Notwithstanding, Osun has paid modulated salaries and allowances of all its workers and pensioners up to May 2017. Ditto for all its Local Government and Local Council workers. But this is without prejudice the outstanding which the governor knows would have to be paid as soon as the financial fortunes of the state improve. Interestingly, Aregbesola’s prescriptions for unpaid salaries have now been adopted as a template for dealing with that issue by other states.

Be that as it may, those who have insisted that Aregbesola’s story of unpaid salary is a product of the state's history of debt have so far failed to rationalize cogent reasons for, say, Delta State's inability to pay 13 months salaries of its workers or Ondo's N80b debt pile-up from salaries, allowances and pensions. Bayelsa State, with all the huge resources at its disposal, is currently owing its workers six months' salaries.  Other states are in this unfortunate web as could be seen in the rush to partake of palliatives put in place by the Federal Government to cushion the effects of unpaid salaries.  Maybe our friend has also forgotten that the Federal Government is also struggling with "accumulated arrears of salaries and allowances" which  it doesn't even "have the fund to clear ... for now.” Yet, heavens have not fallen!

Though Adebowale’s assertion that “the monthly deductions from” states’ “share of federally-collected revenue to service the loans are now impacting negatively on their finances” is understandable, he went overboard by referring to Osun as one of the states that are  “deep in debt with very little to show for it.” But his unbelief can be forgiven. After all, he might either be making that assertion out of outright ignorance, pure mischief or simply because it's been long since he came this way. Otherwise, how on earth could a commentator worth his convictions accuse Aregbesola's administration of incompetence?

Without being immodest, any objective observer with vast knowledge of how Osun was six years ago compared to the height now attained in terms of socio-infrastructural development will agree with me that the story has changed from demeaning dirges of despair to melodious tunes of achievements and hope for a better future. So, where do we start counting Aregbesola’s achievements from? Is it from the education sector where, as at last count, no fewer than 55 new structures, comprising 20 Elementary, 22  Middle, and 13  High Schools have been added to existing structures while a total of 82 school blocks, comprising 1,534 classrooms across the state have been refurbished by Aregbesola's administration? Or  the Osun Elementary School Feeding Scheme, (O'MEALS) which has so far gulped more than N10billion in providing over 200 million plates of highly nutritious meals to certain categories of pupils? Or the robustness of the Osun Youth Empowerment Scheme (OYES) which is aimed at reducing unemployment among our youth? Or the procurement of 25 Armoured Personnel Carriers (APC) and 100 Patrol Vehicles which has greatly helped in making Osun "the safest state in Nigeria"?

Is it  the hospitality sector where the number of hotels in the state has in a short period of six years doubled the number already in existence, pre-November 27, 2010? Or the establishment of Osun Microcredit Agency which has led to a sharp reduction in unemployment as well as alleviation of poverty in the state? Or the Agba Osun (Elderly Welfare Scheme) through which each of the most vulnerable elders in the state is paid N10,000.00 monthly? O’WIDOW, through which each widow in the state also draws N10,000.00 monthly; O’REHAB, through which the government has been identifying, rehabilitating and reuniting the mentally-challenged with their families and the society and O’AMBULANCE, for the purpose of saving lives and reduction of road accidents impact in the state are also to the governor's credit.

Of equal importance is agriculture and one cannot blame Adebowale for harping on this sector, especially, now that the country is said to be painfully hemorrhaging from dwindling economic fortunes as a result of global oil glut. Apart from other laudable initiatives, government’s intervention, notably, in the provision of fertilizers, loans as well as the construction of more than 200 kilometers rural roods for rural urban accessibility have led to massive production of food crops.

As we know, Osun has one of the longest road construction records in the country. Oba Adesoji Aderemi East West Bye-Pass in Osogbo and Bisi Akande Trumpet Bridge at Gbongan are at the completion stage. But for lack of funds, the 47km-Osogbo-Ila Odo-Kwara Boundary Road and others would also have become a done deal.

From the above, one can safely say that Osun’s current current situation is neither a death warrant nor an indefinite inconvenience. After all, tough times never last!

May principalities and powers, assigned to rubbish our leaders’ efforts, scatter!