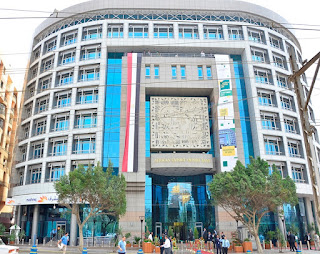 Afreximbank announced in Cairo today that the general syndication stage of the $632,900,000 and Euro 499,552,000 facility, which the Bank raised in the Eurocurrency Loan Market, was originally signed on 12 May. General syndication lenders signed into the agreement on 30 May, making the facility the largest ever such facility for the Bank.

According to the Bank, the fact that the facility attracted a wide base of lenders from around the globe, but particularly from Asia and the Middle East, is evidence of the confidence which lenders have in Afreximbank.

“With 70 per cent of the commitments coming from Asia and the Middle East, this facility greatly enhances our drive to diversify our liability book by geography,” said Denys Denya, Afreximbank’s Executive Vice President in charge of Finance, Administration and Banking Services.

Mr. Denya said that Afreximbank would use the funds to repay existing debt but would also apply it to funding trade finance and to meeting general corporate purposes.

The Facility is structured as a dual-currency (Euro and US Dollar) and dual-tenor (two-year and three-year) syndicated facility, with about 80 per cent of the total amount falling into the three-year tranche, helping the Bank to lengthen its liability profile in the Eurocurrency loan funding space.

The facility attracted aggregate commitments amounting to the equivalent of $1.36 billion which, following a scale-back, resulted in a final facility size equivalent to $1.16 billion, with 35 banks joining.