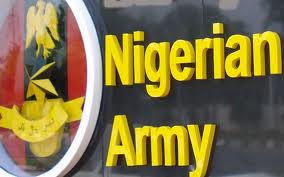 The leadership of Int’l Society for Civil Liberties & the Rule of Law (Intersociety) had on 18th June 2017 released the first part of the graphic accounts as they concern the willful and premeditated massacre of over 270 unarmed, nonviolent and defenseless members and supporters of pro Biafra movements in Nigeria under the coordination of the Indigenous People of Biafra (IPOB). Over 370 innocent and defenseless citizens were also shot and terminally wounded with scores of them crippled for life.

Scores of them have died as a result of injuries sustained and associated improper medical treatments. While the Nigerian Army accounts for 75% of the killings and maiming, the Nigeria Police Force is responsible for 20% and the SSS, Nigerian Navy and others account for the remaining 5%. The link to the first part of the publication is here: http://intersociety-ng.org/component/k2/item/260-nigerian-army’s-false-claims-against-slain-innocent-biafra-activistsgraphic-accounts-1

The advocacy intent of these graphic accounts is to factually and verifiably expose and rubbish the Nigerian Army and its armada of lies contained in its recent report following a kangaroo Special Board of Inquiry it set up on 8th March 2017 to look into allegations of gross rights abuses by its key personnel and commanders in Northeast, Southeast and parts of South-south Nigeria in the course of its counter insurgency operations and undemocratic and unconstitutional involvement and interference in nonviolent public assemblies in Nigeria. The Nigerian Army must shut up and desist from lying against the innocent dead and the murdered.

As clearly stated in the first part, the willful massacre and maiming took place in not less than ten different occasions and locations in Southeast and parts of South-south Nigeria. Apart from deployment and application of deadly force by the Nigerian Army, Nigeria Police Force, SSS, Navy and other murderous coercive establishments, the unarmed and defenseless citizens were targeted and shot at close range with automatic weapons or rifles loaded with live bullets at terminal parts of their bodies such as chest, waist, lung, heart, forehead, neck, reproductive and stomach regions.

More Graphic Accounts of 29th and 30th May 2016 at Biafra Heroes Day Massacre at Onitsha, Nkpor And Asaba:
Through existing inter-State security cooperation between Anambra and Delta States, the Delta State Police Command was also reached out and placed on alert and soldiers of the Onitsha Military Cantonment secured the nod of the Delta State Government to extend the violent crackdowns to Abraka Junction and Asaba Airport end of the Onitsha-Asaba-Benin-Lagos Dual Carriage Way in the State.

The violent crackdowns including late night raids, mass arrests, abductions and shootings of suspected IPOB members and officials in their homes as well as those who squatted inside the classrooms of St Edmunds Catholic Primary School classrooms in the late night of 29th May 2016 leading to death of several of them and injuring of others.

The massacre and allied atrocities continued in the morning and extended to noon hours of the following day being 30th May 2016; leading to death of not less than 110 citizens at Nkpor and Onitsha and over 30 others who were massacred at the Asaba spill over murderous operation. In Anambra State, the murderous operation got extended to Umuoji and Nnewi parts of the State. A total of over 130 others were terminally shot and injured with several of them crippled for life till date.

The bodies of most of the slain defenseless citizens were picked by soldiers using their military trucks; leading to most of them not seen by their families, relatives, friends, lawyers and doctors till date. Some concerned security sources and survivors/eyewitnesses later disclosed that most of those killed were criminally lumped together and interred on Wednesday 1st June 2016 in shallow graves located in one of the two military cemeteries inside the Onitsha Military Barracks.

In Asaba, soldiers of the Onitsha 302 Artillery Regiment operationally commanded by one Major C.O. Ibrahim of the military police unit of the Nigerian Army as well as those deployed from the 82nd Division in Enugu in conjunction with the Delta State Police Command were fully mobilized and armed with automatic weapons or rifles loaded with live bullets leading to shooting, killing and maiming spree along Onitsha-Asaba-Benin Dual Carriage Way targeting onlookers, passersby and unarmed pro Biafra activists trekking down to Nkpor to join their colleagues in their Heroes Day Anniversary.

One of the casualty victims was an innocent woman who was about eight months’ pregnant and was on her way to hospital in Asaba for her medical appointment. She had parked her car by the roadside to escape being hit by raining bullets of soldiers and police personnel only for soldiers to come close to her car and open fire hitting her sensitive parts. She later died in hospital in Asaba alongside her unborn child.

Soldiers had also opened fire on a group of crowd who clustered meters away from the tragedy arena around Abraka Junction to watch the event of the day. Members of the crowd were watching from a distance only for soldiers to open fire on them resulting in scores of deaths and injuries. As survivors were scampering for safety, some armed police officers went after them firing live bullets, leading to some of the police officers who ran out of bullets being pounced on and inflicted with varying injuries. Two later died in hospital of injuries sustained.

29th And 30th May 2016 Death Toll: The death toll arising from Nkpor and Onitsha massacre  credibly put to at least 110 with not less than 100 of them taken away by soldiers and criminally interred in secret Army graves. The Asaba spill over massacre of same 30th May 2016 also led to not less than 30 deaths and several injuries. That is to say that a total of over 140 defenseless citizens were slain and over 130 others terminally shot and injured. Many of those killed in Asaba including Citizen Chinedu Udoye were deposited at the Federal Medical Centre morgue from where they were ordered by the authorities to be criminally interred on 26th June 2016 at a lonely location around the Asaba Airport area. A number of others got drowned or killed and thrown inside swamps in the State.

Pro Trump Rally Massacre of 20th January 2017 at Igweocha (Port Harcourt): Members of the Indigenous People of Biafra (IPOB) had gathered in their thousands in Igweocha or Port Harcourt for a solidarity rally in support of the new Donald Trump Government of the United States. The date was also the same with the swearing in of Donald Trump as the 45th President of the United States. Letters of notification were sent and successfully delivered by the IPOB leadership to relevant security agencies and the Government of Rivers State and the State Commissioner of Police.

Yet in spite of the notification, the soldiers of the 6th Division of the Nigerian Army in Rivers State as well as other security agencies including Police SARS were deployed and armed with assault rifles loaded with live bullets leading to shooting and killing spree moments after soldiers stormed the rally arenas where the IPOB members and supporters had converged or gathered.  Soldiers and Police SARS murderously opened fire on unarmed and defenseless citizens with live bullets targeting and shooting them at close range.

Not less than 15 to 20 citizens were killed and over 70 others terminally shot and injured. Eyewitnesses alleged that soldiers took away 10 dead bodies while the rest were picked and taken away Police SARS and other personnel of the Rivers State Police Command. Among the shot and injured others, and out of five who were rushed to the University of Port Harcourt Teaching Hospital, two survived and three died, and out of the three that survived, one was rescued and relocated to another hospital morgue, while the remaining two got entrapped in the hospital till date. Of 10 slain Pro Biafra activists whose bodies were picked in different parts of Port Harcourt and taken away by soldiers till date, one dead body was picked at GRA/Mummy Broad and two along Ada George Road and by Garrison area, while seven others were picked around Okporo Road.


Some of the brutally shot victims who ran away from hospitals to their homes through the help of their friends and relatives to escape incessant raiding of hospitals and abduction of injured citizens in their sick beds by soldiers are: Chidi Nwigwe, Uchenna Odaa, Ezeaka Ejike, Chima Anamuasonye and Nwaowe John. Some who were rescued by their friends and relatives and taken to Abia State for safety and adequate treatments are Ifeanyi C. Azubuike (later died) and Ugochukwu Nnamu and some of those rescued and taken to Enugu State for safety are Ifeanyi Ogumma and Arinze Aja.

270 Death Toll Estimates: The breakdown of the killings starting from 30th of August 2015 to 20th January 2017 that led to over 270 deaths comprises of: six (6) deaths in the 30th of August 2015 protests at Awka and Onitsha, thirty (30) in the 2nd and 17th December 2015 protest and jubilation killings at Onitsha Niger Bridgehead and environs, twenty (20) in the 18th and 29th January 2016 killings in Aba, thirty (30) in the 9th February 2016 massacre at Aba National High School, one hundred and ten (110) in the 29th and 30th May 2016 Biafra Heroes Day massacre at Nkpor and Onitsha, thirty (30) in the Asaba spill over massacre of 30th May 2016; and twenty (20) in the 20th January 2017 pro Trump Rally in Igweocha or Port Harcourt, totalling two hundred and thirty six (236); out of which we cited 78 including 16 seen lifeless bodies dumped in two burrow pits near Aba in February 2016 and three persons that died of gunshot wounds at the Multicare Hospital at Nkpor in December 2015.The remaining 32 deaths or more resulted from killings that took place in the Yenogoa mega protest, Uyo protest as well as the 2015 and 2016 Igweocha or Port Harcourt protests and unrecorded others; technically called dark figures of crime statistics including post crime scenes’ deaths resulting from injuries sustained.

Estimated 370 Injuries: The estimated 370 terminal injuries arising from the referenced massacres are derived from Port Harcourt, Asaba, Onitsha/Awka and Enugu protests of 30th August 2015; 2nd and 17th December 2015 protest and jubilation killings in Onitsha; 18th and 29th January and 9th February 2016 killings/massacre in Aba; 29th and 30th May 2016 Biafra Heroes Day massacre at Nkpor, Onitsha and Asaba and 20th January 2017 pro Trump rally killings in Port Harcourt as well as allied others in Yenegoa, Port Harcourt and Uyo; out of which we cited or mentioned 193 names. The actual total figures of those killed and those injured in connection with violent crackdowns on pro Biafra nonviolent protests may most likely be higher than the conservative figures given above.