News Release: The Odd Side Of The Arewa Youths’ Letter To Acting President Osibanjo 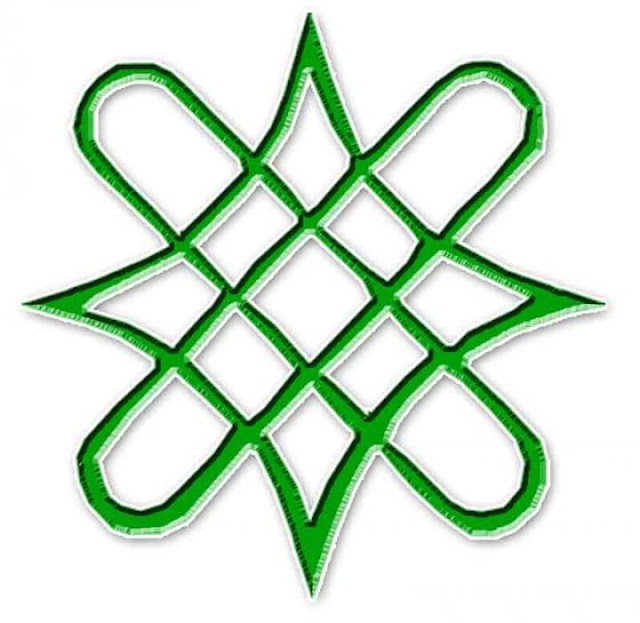 While we at Int’l Society for Civil Liberties & the Rule of Law are not holding forth for leading pro Biafra movements including IPOB and MASSOB in response to general issues raised in the Arewa Youths’ letter to the Acting President of Nigeria, Prof Yemi Osibanjo, but the odd side of the letter as it concerns the Arewa Youths’ attempts in their letter to play down, trivialize and desecrate the constitutionally, regionally and internationally recognized and codified human rights is worth exposing and condemning.

The human rights aspect that warrant this response of ours, played down or suppressed in the Arewa Youths’ letter to Acting President Yemi Osibanjo are the collective right of a people or a race to safe living; right to preservation and protection of ethnic identities; right to existence and development as a people or a race; right of a people to free democratic, cultural, political and economic choices and free speeches using nonviolence; right of a race or tribe to peaceful co-existence in a pluralistic socio-cultural society and collective management or elimination of agents and signs of divided societies by the territorially existing ethnic nationalities; and right of a people or a tribe against State actor and non State actor or direct and indirect structural, direct and cultural violence.

It must be boldly and clearly stated that we at Intersociety firmly believe in the united Federal Republic of Nigeria thoroughly or strictly governed according to the supreme dictates and wishes of the peoples of the Republic under democratic pluralism and constitutionalism; and a popular constitution strictly or totally founded on the supremacy of the people, equality, rule of law, geographic and demographic equity and fairness and proportionate distribution of Federal and State offices, appointments and resources.

Also a collectively inhabitable and peopling Nigeria of all and sundry is a Nigeria of equal access to justice, non discrimination on the grounds of sex, origin, tribe or religion; free democratic choice and speech; and inalienable rights of all peoples to: life, liberty and pursuit of happiness. A Nigeria other than the above is a questionable, rejected and collectively uninhabitable Nigeria!

A Nigeria where cows are protected at all times with our commonwealth and supposedly defensive weaponry more than citizens of the country or any part thereof is a questionable and rejected Nigeria. A Nigeria where cows are made to invade churches during church services and defecate and deface church premises, auditoriums and podiums with animal droppings; with the authorities looking the other side or doing nothing is a questionable Nigeria.

A Nigeria where primitive animal husbandry has become a national policy with consequential and forceful dispossession of peoples’ farm lands, ancestral lands, legitimately acquired property and social lands, homes and properties with tacit and direct government backing and orders is a questionable and rejected Nigeria.

A Nigeria of animal kingdom where some animals are greater and mightier than others or a Nigerian society of born to rule or first class, second class and third class citizenship is a questionable and rejected Nigeria. A Nigeria of sectional untouchables, with ethnic cleansing, racial, ethnic and religious stigmatization, criminalization and vendetta as a national policy or non State actor dominant policy and belief is a questionable and rejected Nigeria.

A Nigeria of decades long pro Alamajiri policies in Northern Nigeria where  80% or more of the youth population are chronically and heartlessly subjected  directly and indirectly to mass poverty, joblessness, mass illiteracy, under-growth and underdevelopment, malnutrition and Islamic oriented brain-washing or indoctrination, radicalization and militancy by the Northern politico-economic elites whereas their children and relatives attend many, if not most of the best and costliest secondary schools and universities in the world is a questionable and rejected Nigeria.

Commendably, the Arewa Youths had in their letter recognized that Nigeria is not an island of its own and that the country is regionally and internationally linked and fused with others and operates according to the dictates of the regional and international systems under AU and UN particularly as it concerns its mandatory obligations under strategic rights treaties and conventions such as the African Charter on Human & Peoples Rights of 1981 and the UN Covenants on Civil & Political Rights; and the Economic, Social & Cultural Rights of 1976; all containing rights to self determination using nonviolence.

These treaties and conventions the Arewa Youths in their letter commendably admitted to be legally binding on the Federal Republic of Nigeria having willingly, obligatorily and dutifully acceded to them in 1983 and 1993 respectively by way of ratification.  The recognition of the Arewa Youths in their referenced letter to peoples’ rights to referendum and free democratic and political choice under nonviolence and zero State violence is worthy of note and commendation.

Contradictorily and condemnably, the Arewa Youths had in the same letter of theirs turned around to demonize and castigate the exercise of the same rights by leading pro Biafra groups like IPOB and MASSOB using nonviolence. It further laid false claims or claims supported with zero evidence against the likes of IPOB, MASSOB and the entire Igbo Race to the effect that “they are threatening Nigeria with war and violence by championing the pro Biafra self determination and ordering members of the Hausa-Fulani Muslims to leave the Igbo Land”.

Also condemned unreservedly is the Arewa Youths’ tagging of the January 1966 bloody military coup in Nigeria as “Igbo coup”. This is totally sad, unfortunate and out-rightly condemnable. The position of the Arewa Youths is also grounded in sheer deep seated ignorance of the military sub culture of planning and executing successful and unsuccessful military coups during military incursions in politics across the world including Africa and Nigeria; where, for instance, group cult and trust is a fundamental requirement for planning and executing any military coup.

Their warped position is also borne out of deep seated hatred and vendetta and evocation of genocidal sentiments against the Igbo Race. The Arewa Youths also admitted that the 1966 July Coup was Hausa-Fulani counter bloody coup leading to the death of 340 officers of Old Eastern Region in revenge for the first and erroneously tagged “Igbo Coup”. If the Hausa-Fulani had so revenged, why all the anti Igbo massacres in northern Nigeria since then including the genocidal massacres of the 1967-70 Civil War as well as allied post 1970 anti Igbo massacres up to 2016 numbering over 25 or executed in more than 25 locations and occasions in Northern Nigeria?

The Arewa Youths letter clearly and further brought to the fore the Federal/Northern cabal’s desperate plots to oust the Deputy Senate President, Ike Ekweremadu from his plum position at all costs. By singling him out for demonization on a mere fact or fiction that “he visited Nnamdi Kanu” is a clear case of calling dog a bad name so as to hang it. This is more so when Senator Ike Ekweremadu was mischievously mentioned or singled out leaving out the likes of Governor Peter Ayodele Fayose and Femi Fani-Kayode who also visited Citizen Nnamdi Kanu.

Till date, Citizen Nnamdi Kanu and ors are not common criminals or terminal violators of laws of the land under the Constitution of the Federal Republic of Nigeria. There are no traces of them taking arms against the People and Government of Nigeria within a defined rebellious territory with recorded armaments and human and material casualties on offensive sides. Yet there are motley of recorded or documented unspeakable State violence against the citizens and properties of the Igbo Race.  It must be further stated that a mere call for constitutional change using nonviolence is never a crime in Nigeria. An instant case is the 2014 National or Constitutional Conference.

It must be noted that the Nigerian Government’s lukewarm and nonchalant attitudes towards holistically addressing the decades long direct, structural and cultural violence against the Igbo Race and other ethnic nationalities, which has been escalated by the present Buhari/Osibanjo Government literally places the same central Government as the number one enemy and hater of united, equal, peace loving, peacefully coexisting and prosperous Federal Republic of Nigeria. That is to say that the present central Government policies are utterly disintegrative and a serious threat to the united, peaceful, healthy, prosperous and protected Federal Republic of NOsibanjo

Signed:
For: Int’l Society for Civil Liberties & the Rule of Law (Intersociety)