Article: Before Biafra, Before Election Boycott 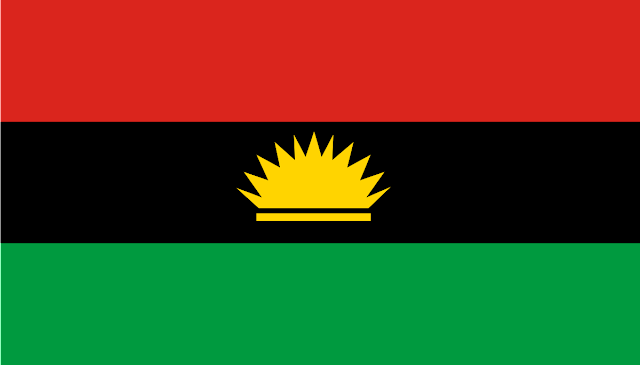 The Biafran project is once again widening in scope with charismatic figures, such as Nnamdi Kanu, Asiri Dokubo, and Femi Fani-Kayode as echo chambers. The beef, however, remains the unspeakable bad governance in Nigeria and the seemingly un-ending marginalization of the Eastern states

The Biafran group has been flexing muscles in recent months with increasing popularity. The most convex moment thus far was its sit-at-home ultimatum in remembrance of those who died during the Biafran war. Though the Federal Government didcom)s best to frustrate the sit-at-home exercise, the eventual mass compliance ought to appeal to every patriotic Nigerian. For the first time in a long time, there is an alternative voice to the corrupt oligarchy of the East—a voice capable of provoking the elusive political equipoise essential for effective democratic leadership in the region. How that alternative voice is deployed, moving forward, is the real gist of this piece.

That brings us to the restated call for boycott of future elections in the Biafraland by the Indigenous People of Biafra (IPOB). This call is obviously jejune and thus condemnable. Even the political leaders of the South-East and the South-South zones, most of whom have continued to exploit the Biafran crisis to avoid prosecution from corrupt practices, have responded with an extraordinary display of displeasure, attempting to smash any semblance of support for the Biafran movement that they now claim they can no longer stomach because of its tawdry approach. But anyone in his or her right frame of mind believing that the Biafran activists do not have the capacity to undermine future elections in the region is viewing the current events from a blurring rear-view mirror.

At the same time, the leaders of the Biafran agitation must be careful not to allow the movement to be wallowed in blind ballyhoo. For sure, the South-East and South-South zones have experienced unimaginable history of marginalization. Too much to catalog! But what must not escape the thinking faculty of the Biafran agitators is that the real enemy is within. There is no evil perfected against the region without the active connivance of the local politicians, particularly since the advent of the Fourth Republic where the Igbo and their South-South neighbors have basked in plum political positions.

Therefore, rather than any boycott of elections or other grandiloquent threats, the leaders of the Biafran movement can capitalize on its reigning popularity among the masses to begin to model the change envisioned under Biafra as a sovereign state. The forthcoming Anambra state election is a timely opportunity. For instance, a simple scan of the list of the major candidates currently gunning to govern Anambra State, of all places, are well-known overnight billionaires whose wealth are directly traced to looting of development projects in the area or others who see gross societal indiscipline and misconduct as a core cultural value.

This is squarely where and when IPOB ought to step in and wield its influence towards the desired change. Instead of dwelling on past leaders or boycott of elections, this moment calls for the Biafran activists to employ all possible non-violent means to dislodge all corrupt and morally bankrupt candidates aspiring to lead Anambra State through the November 2017 elections.

Commonly espoused in the Biafran circle is the fleeting exigency to carry along the Eastern corrupt cabal until the promised land. But that is jive talking. A change anchored by the status quo is akin to attempting to fetch water with an Ugbo basket. It does not hold; ask President Muhammadu Buhari. Therefore, before Biafra, before election boycott, it is incumbent upon IPOB to lead by example while still operating in the corporate entity called Nigeria. The leaders of IPOB must resist the temptation of romancing with the same corrupt politicians that are part and parcel of the problem in the first place. Plainly speaking, the Biafran agitators must not indulge in any dubious behavior that can lend credence to the swirling accusation that their struggle is no different from that of the current crop of politicians whose only aim in politics is to garner the qualifying attention to feather from any of the prime corrupt crumbs in the land.

Like the IPOB, the ordinary Nigerian masses are against bad governance and injustice, however the shade. They are also anxiously yearning for true change in the country, and any sustained delay only goes to do more harm than good. The IPOB, therefore, can gain wider support by embracing incremental change at every opportunity towards the greater good of the society while the debate for an independent state or other solutions can equally go on. Their ability to stop corrupt politicians from sustaining power in Anambra, as a start, will send strong message across the Biafraland and indeed the entire Nigerian state that it can no longer be business as usual. True.

(Ogbonnia writes from Houston, Texas, and can be reached at SKCOgbonnia1@aol.com)
Posted by PublicInformationProjects at 08:50