News Release: AFRICMIL Call On Fashola To order The reinstatement Of Whistleblower Sacked By FMBN 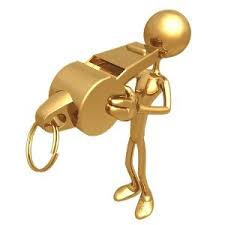 The African Centre for Media and Information Literacy (AFRICMIL), a civil society organization working on building support for the whistlebower policy of the Federal Government of Nigeria, has called on Mr. Babatunde Fashola, Minister of Power, Works and Housing, to order the immediate and unconditional reinstatement of Mr. Murtala Ibrahim, a whistleblower who was recently sacked by the Federal Mortgage Bank of Nigeria (FMBN).

In a press statement signed by Chido Onumah, Coordinator of AFRICMIL, the organization said Murtala Ibrahim, a Unit Head in the ICT Process Audit and Special Investigation Unit of the bank was unjustly disengaged on May 8, 2017, for blowing the whistle on contract scam and the bank’s manufactured 2016 Half-Year Validation Report.

According to AFRICMIL, “The Finance and Accounts Group of the bank reported a surplus of income over expenditure to the tune of N423, 653, 187, but on investigation by the Internal Audit Group where Mr. Ibrahim served as the deputy head, it was discovered that the report was doctored, and that the so-called profit was fraudulent. They found out that what ought to have been declared was a loss, and not a profit.”

The organization noted that the FMBN, which has never declared profit since its establishment, manufactured the report to deceive the Minister of Power, Works and Housing whose Ministry supervises the bank, into believing that the bank was performing well. It urged Mr. Fashola not to be misled by a report whose sole aim was to cover up the massive fraud and bad management which the bank had experienced over the years.

The statement referred the minister to a Central Bank of Nigeria report which vindicated the audit group that there was indeed no profit contrary to the report of the stated period submitted by the bank’s management. The CBN report also discovered a loss. But where the audit group merely reported a loss without putting a figure to it, the CBN report actually put the loss at about N7billion.

“We request Mr. Fashola to look critically at that CBN report and he would discover that not only was he shamelessly taken for a ride, the management of FMBN also went on to unlawfully sack an officer who was only carrying out his duties in an honest and professional manner,” Onumah said.

According to AFRICMIL, the cruel treatment of Ibrahim by FMBN has again brought to the fore the recurring victimization of officers who report wrongdoings in government offices. “The persistent victimization in any form of those who are courageous enough to blow the whistle must not be tolerated if the whistleblower policy of this administration must succeed,” Onumah noted. “We have said it repeatedly that whistleblowers deserve nothing more than full protection as this will further encourage accountability and enrich the right of the public to know.”