News Release: Why Biafrans Shall Boycott The Gubernatorial Election In Anambra State On November 18, 2017 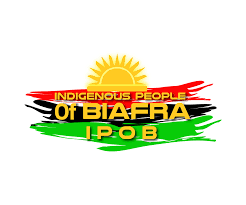 The Indigenous People of Biafra (IPOB) through the Directorate of State (DOS) have determined that Biafrans shall boycott the forthcoming Gubernatorial election in Anambra state as part of the rejection of the Gen. Abdusalami Abubakar-written fraudulent constitution of Nigeria. The said election is predicated on Section-178 of the fraudulent constitution and we are exercising our irreducible fundamental human rights not to vote.

The DOS notes that Decree Number 24 of the illegal Military Government of Gen. Abdulsalami Abubakar, which gave birth to the illegal and fraudulent 1999 constitution and its further derivatives, was not people-oriented nor was it citizen-generated. Hence, Biafrans shall not be part of a fraudulent or criminal imposition of a constitution that is skewed in favour of Islam, Sharia, and overarching influence of the Northern part of Nigeria as evidenced in Section-3, Section-8, Section-9, and Section-49. It is noteworthy that Section-48 is directly and proportionally related and derived from Section-3(1) and Section-2(2).

The DOS posits that election of a Governor in Anambra state is irrelevant to the quest for the restoration of the nation of Biafra because regardless of who wins or who eventually becomes the Governor, he or she must subscribe to Schedule-7 of the fraudulent constitution which makes the said Governor to be obedient to Section-2(1) of same fraudulent constitution. Of what use will a Governor be to Anambra state when he or she swears to preserve, protect, and defend a fraudulent constitution which includes Section-4(2) and Schedule-2(Part-1) where he or she is stripped of any involvement in the security of his or her state, development of inter-state roads, seaports, airports, and in the maximum use of 100% of the revenues realized from resources located in his or her state?

The DOS calls on all Biafrans of good conscience, who are of voting age, to boycott the Gubernatorial election in Anambra state as a signal to the Hausa-Fulani-dominated Federal Government of Nigeria that Biafrans have rejected the fraudulent constitution and that the only solution is for the Nigerian Government to partner with the United Nations (UN) to organize a UN-mandated and supervised Referendum on Biafra. The DOS is using this opportunity to dispel the rumour that boycotting the election will lead to proclamation of state of emergency in  Anambra state. This rumour is utterly false because even the fraudulent constitution is very clear in Section-305 on the conditions under which a state of emergency may be proclaimed and the DOS can confidently report that boycotting of election is not one of the conditions.

Finally, the DOS hereby dispels the notion by the pro-election propagandists that a so-called “pro-Biafra Governor“ in Anambra state will enact laws that will lead to the sovereignty of Biafra. This is not only a lie from the pit of hell but it is also deflated by Section-4(5) and Section-1(3) of that fraudulent constitution.

The DOS urges all Biafrans in Anambra state to boycott the Gubernatorial election coming up on November 18, 2017 because it is predicated on the fraudulent constitution of Nigeria which was singularly written by Gen. Abdulsalami Abubakar and illegally imposed on Biafrans and people of other nations in Nigeria without their consents. The Anambra state Governor, when elected and sworn in, will be hopeless and helpless because of his/her oath of allegiance and oath of office and any attempt to go against these oaths shall lead to impeachment based on perjury and he or she shall be tried for treason or treasonable felony.

Regardless of the outcome of the Anambra Gubernatorial election, the DOS asserts that the quest for the sovereignty of Biafra continues because the restoration of the nation of Biafra is a divine project whose time has come and is, therefore, unstoppable, unquenchable, irreversible, and irrevocable.

Long live Biafrans and long live the nation of Biafra!!!