Article: APC Leadership, Not Sagay, Is The Real ‘Rogue Elephant’ 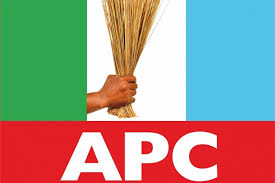 I met Professor Itse Sagay for the first and only time thus far one evening in the early 1990s. It was at his office in the law firm he set up somewhere around Alaka area of Surulere in Lagos after being forced out of the University of Benin—where he was dean of law—by a dominant reactionary group which could no longer stand his principled position on issues of the day.

Then, one young lawyer, Ogaga Ifowodo, worked in the firm. It was those heady days of fervent pro-democracy activities, when the term “hidden agenda” was a popular refrain ascribed to the transition rigmarole of the military regime of Ibrahim Babangida. I was then a staff writer at TELL magazine and had walked into Sagay’s office for an interview on the state of the nation.
Recalling the encounter now, it is striking that the learned senior advocate still retains the penetrating intellect and clear-sighted forthrightness with which he dissected military rule and its destructive effects on the polity. Then, as now, one could feel a man oozing with genuine patriotism as he radiated an acute sense of equity and justice, and awareness of the imperatives of democratic accountability and good governance as preconditions for the survival of Nigeria as a corporate entity. In a country swarming with an army of incorrigibly dishonest, thieving, opportunistic, wicked and self-centred elites whose only passion is to relish the mind-numbing suffering of the vast majority of the people, a man like Sagay is often hard to come by.

Put him in the same league with contemporaries like Gani Fawehinmi, Alao Aka-Bashorun and a few other irrepressible senior citizens at the front of the unending struggle for the triumph of social justice and orderly society, and the categorization would just be apt. A distinguished academic, titan of the legal profession and accomplished rights activist imbued with an indomitable DNA for saying it as it is, Sagay is also a dyed-in-the-wool defender of the oppressed. There are very, very few Nigerians of his privileged status who are consistently putting their heads on the chopping blocks in advancing the cause of a better society.
From his effusions, there is no doubt that Sagay is extremely angry about how post-colonial Nigeria has been terribly mismanaged over the decades by successive leaders—rulers more appropriately. And justifiably so, because no one who lives in Nigeria or lives elsewhere but aware of the great potential of the country would not be thoroughly disgusted by the long years of abominable leadership served by politicians and the military. In fact, not to be angry about Nigeria’s development trajectory would amount to a criminal diminution of the essence of being a stakeholder in the viability of one’s country.

Therefore, only individuals and groups such as the APC party leadership who have so far shown clearly that they are beneficiaries of the prevailing dysfunctional system will be affronted by Sagay’s anger, deployed in intermittent but consistent critical takes on the country’s situation, especially under a party that promised wholesale change but is still busy, after more than two years, struggling to spell what it promised. The typical “rogue elephant” that it is, the leadership has displayed crass incompetence to the point of unwittingly serving as the agency for the gradual depletion of the goodwill that earned it victory at the 2015 polls.
Rather than attack one with a long-standing tradition of objective criticisms, the party should honestly search its soul to find out whether Sagay was not correct in his assessment of its leadership. Given the timid, cry-baby response often witnessed when issues demand firm and decisive action from the party, which honest observer will not vindicate Sagay by handing down a verdict of unforgivable weakness on the party leadership? For example, yes, it is supposed to be a democracy, but the routine open defiance of the party by members undermines party cohesion, and any leadership that allows that attitude to linger qualifies to be described as not only weak, but also incompetent and directionless.

When a man who is not a member of the party but works for a government formed by the party offers a dispassionate critique of the party, no matter how blistering, the party would do itself great favour by stepping back to take a holistic look at its modus operandi. To reflexively hit back at Sagay without any iota of shame, describing him as one who was retrieved from “oblivion” to serve this government, is not only wrong, but also insults the integrity of one of the authentic champions and enablers of the current democracy, in spite of its glaring distortions, that the APC leadership enjoys today. Sagay has never been in “oblivion”; instead, since the start of the 4thRepublic he has always lent his courageous voice to issues concerning how to create a better Nigeria.

And the APC leadership must know this: Sagay is one of the very few people who confer credibility on this government and make the public view it with some respect. No one, other than President Muhammadu Buhari and Vice President Yemi Osinbajo, enjoys that status. Certainly, Sagay is not a man to trifle with. It is not for nothing that he was appointed Chairman of the Presidential Advisory Committee Against Corruption (PACAC). And without his expert input, there is no way the anti-corruption war would make this much progress.

Therefore, instead of seeking to counter Sagay’s well-meaning criticisms, the APC leadership should first be full of thanks to Buhari for bringing such a man on board, and then shower praises on Sagay for his invaluable service to the APC and the country.

(Onyeacholem is a journalist. He can be reached through email: gonyeacholem@gmail.com)
Posted by PublicInformationProjects at 00:06