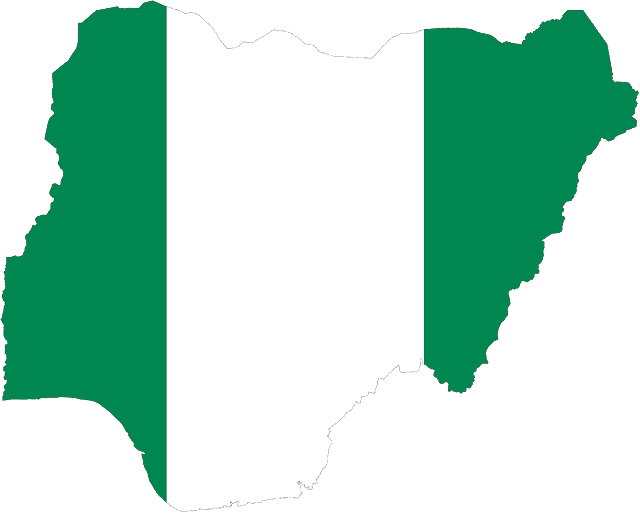 North Korea is also world’s most secret State; hanging only on its nuke terror power; but damagingly hit and haunted by self imposed intractable mass poverty and triple digit under-development and modern backwardness. Others such as the Islamic Republic of Iran and Socialist Republic of Cuba have recently emerged from throes of their self-imposed isolationism and attendant hash socio-economic and political consequences. Their road to hybrid recovery is still shaky and traumatic.
Wikipedia the Free Encyclopedia simply defines Isolationism as a category of foreign policies institutionalized by leaders who asserted that their nations' best interests were best served by keeping the affairs of other countries at a distance.  It is also a policy of remaining apart from the affairs or interests of other groups, especially the political affairs of other countries; whereby a country chooses a policy of isolationism, making it a secondary or third player in world social, economic, cultural and political events or affairs.

The announcement on Wednesday, 27th September 2017 by the Federal Government through its Minister of Finance, Ms Kemi Adeosun of the Government’s concluded plans to exit from 90 out of 310 world organizations is not an issue to be treated with kid gloves or subjected to synchronous and asynchronous web chat passages without depth analysis and comprehension. The consequences of such militarist and panicky decision are unmitigated and far reaching, if allowed. This is more so when every rational indication points in the direction of sinister motives; especially considering the laughably provocative nature of the reasons given for such despicable decision.

The reasons given as: “failure of the Federal Government to offset $100M (N30.5B) unpaid financial obligations to the 90 world organizations and required annual expenditure of $70M (N21.3B: using official exchange rate of N305 per $USD) for the maintenance of Nigeria’s membership of 310 world organizations”; are watery, provocative and diplomatically and intellectually thoughtless and unscientific.

Contradictorily, the same Federal Government that has concluded plans to dump Nigeria off 90 sensitive world bodies; is also campaigning for the reform and democratization of the United Nations Security Council’s permanent membership as well as quest to occupy UNSC permanent seat; thereby approaching or going to the equity with unclean hands.

The same day (27th September 2017) the Abuja Seat of power announced, after its FEC meeting, of its readiness to quit 90 sensitive world bodies was the same day its Permanent Rep to the United Nations, Prof Tijani Bande addressed newsmen in New York; calling for “democratization and reform of the UNSC as well as indicating strong readiness and qualification of Nigeria to represent Africa in the UNSC permanent seat”.

The Nigeria’s Permanent Rep to UN also declared UNSC as “obsolete, archaic and undemocratic”. Granted that UN and its UNSC is indeed undemocratic and archaic, but is the Federal Government of Nigeria as presently composed or constituted not going to the equity with unclean hands? Can a holder of black kettle call his or her fellow holder of same a black kettle holder? Within the context of international best practices and norms, where exactly can Nigeria’s current administration be placed?  Is it correct or incorrect to describe same as a democratic constitutionalism or malevolent neo militarism?

The barefaced truth remains that it is too late for the Buhari Administration to seek for a backdoor exit channel and post regime immunity for its regime atrocity perpetrators and accomplices by quitting 90 world’s most sensitive organizations. Also if by quitting those world organizations, the Buhari Administration hopes to get blanket license to further levy unprovoked and unwarranted war or unleash brazen and widespread State violence on defenseless people of Nigeria especially the Igbo People and their immediate neighbors; then it is not only a thoughtless idea, but also grossly miscalculated.

Under Chapters 5 and 7 of the United Nations’ Charter, among others; Nigeria highly risks the UNSC’s Peace Support Operations; a hybrid of military sanctions, strike, no fly zone, peace building,  peacemaking, peace keeping and peace enforcement operations; if what we have joined informed others to think turns out to be true. Through democratic peace, such antagonistic and blood thirsty regime penciled down by the UN and its UNSC will be ousted or flushed out. These steps are provided and enforceable; not minding whether Nigeria exits UN or 90 or the entire 310 world bodies or not.

Where there are obvious and alarming municipal threats to international peace and security through atrocities of alarming proportions by a municipally violent independent State; capable of consuming the world or any part thereof, or leading to complex humanitarian emergencies; the UNSC shall automatically invoke its far reaching powers and have same brought down heavily against the errant municipal country. That is to say that there is no hiding place for any violent municipal regime and its atrocity committers and their conspirators.

By planning to quit 90 out of 310 world organizations, Nigeria will not only earn itself an international pariah status, but will  further be thousands of miles away from qualification for UNSC permanent seat. The country’s recent boast of possessing intimidating qualities to occupy the plum UNSC permanent seat above the likes of South Africa and Egypt is also strongly challenged. Granted that Nigeria has a very big but balkanized and segregated population and relatively large landmass, but the two are very far away from fundamental qualities so required for UNSC permanent seat.


Fundamental qualities required of Nigeria as Africa’s surest rep at the UNSC permanent seat are:  municipal stability; economic growth, development and self sustenance; military advancement and technology, democratization, constitutionalism, civil governance and accountability; and collective happiness by way of ensuring at all times welfare and security of most, if not all of the country’s nationals through provision of environmental security, personal security, community security, health security, food security, economic security and territorial security; all collectively called “Human Security”.

Judging from the above, therefore, Nigeria is nowhere to be found. The country is virtually a self imposed, inflicted and invited begging country. According to recent disclosures by the Debts Management Office (DMO) and the National Bureau of Statistics (NBS) (see Premium Times of 20th September: https://www.premiumtimesng.com/news/headlines/243644-nigerias-foreign-debt-40-buhari-nbs.html  and Sundiata Post of September 19, 2017: http://sundiatapost.com/2017/09/20/nigeria-borrows-over-n7-5trn-in-2-years-as-debt-stock-hit-n19-6trn/), the present Federal Government of Nigeria led by Retired Major Gen Muhammadu Buhari and Prof Yemi Osinbajo incurred over N7.5trillion ($25billion) local and foreign debts secured in the past two fiscal years or 2016-2017.
These include $3.95billion foreign debts officially recorded and credited to Federal Government as foreign debts borrowed in the past two years (excluding those borrowed between June and December 2015). The country’s total debts had also risen geometrically from N12.1 trillion ($40B) in June 2015 to N19.3trillion ($65B) in June 2017.

The country’s debts are expected to rise further to $95B by the end of 2018/2019 when the $30B Federal Government foreign loans must have been fully secured and officially captured. In June 2007, Nigeria’s foreign debts were $3.5B while its local debts stood at N1.8trillion (totaling less than $20B). The recent official calculations by the DMO and the NBS did not include the whopping sum of $30B foreign debts being borrowed by the Federal Government from various lending institutions across the world since 2016 fiscal year.

Although the Buhari/Osinbajo Administration has kept a sealed lip as it concerns the names of the 90 world organizations that the Federal Government has concluded plans to exit from, but informed critics suspect seriously that they are likely to include those of regional and international rights bodies that are legally binding on Nigeria as a State Party within UN and AU arrangements.

We challenge the Federal Government to disclose or publish the names of 90 world organizations it has concluded plans to exit from. Under the UN Charter and its Chapters allocating powers to UNSC and UNGA, all member-States and sovereign territories are inexcusably bound by the International Customary Laws including the Principles of Jus Cogens and Opinio Juris; providing for a general principle that holds that a non-treaty rule is legally binding on all member-States of the UN and no derogation is accepted.

For ICC, for instance, the UNSC has a mandate to make referrals to ICC Prosecutor to investigate and try regime officials or ex regime officials of any sovereign State found to have committed war crimes or crimes against humanity or genocide; not minding whether such country is a State-Party or not to the Rome Statute of ICC of 1998; with legally binding effect from July 2002. That is to say that it is immaterial whether Nigeria exits 90 world organizations or its entire membership of 310 global bodies; for whatever reasons whether sinister or otherwise to shield its regime atrocity committers now or at the appointed time.

The defense of financial paucity or constraint by the Buhari/Osinbajo Administration as reasons behind its latest panicky and despicable moves is not only laughably provocative; but also does not hold water. The paltry sum of $70M (N21.3B) required annually to keep the country’s membership of 310 world organizations or $100M (N30.5B) said to owe 90 world organizations represents about 0.5% of Nigeria’s 2017 Federal budget of N7.29trillion; 0.8% to 1.1% of 2017 debts servicing, 1% to 1.5% of capital budget and 0.8% to 1.2% of federal over-bloated recurrent budget or expenditures.

If the country can reportedly squander N500M annually on “Aso Rock computers” and billions of naira on frivolous Presidency’s “overheads and allowances” or billions of naira on federal legislature’s “overheads and motley of allowances”; why can’t the same Federal Government spend a paltry sum of N21.3B or N30.5B to offset its unpaid financial commitments to 90 world organizations or keep its international membership of 310 world organizations in all?

Yet it wants to emptily surpass more organized and socially, militarily, economically and politically stable countries like South Africa to occupy UNSC permanent seat. How can an internationally self imposed isolationist, newest global dumping ground for used and outdated Small Arms and smoky jet fighters and tanks; and municipally violent militarist play a role of regional or international super power in this ICT age?