Article: The Absurdities Of Unhinged Change 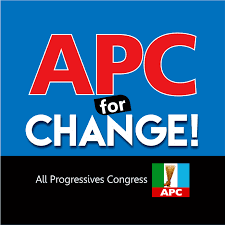 Let us face facts, we are witnessing Change unhinged, and one currently in full throttle as well – rambling and gyrating hysterically like a drunken elephant in a china shop.

This regime of change it seems can hardly ever get its acts together. But this shouldn’t be surprising since it has hardly ever gotten its house in order. It now seems that an emerging legacy of this self-proclaimed regime of change, as well as the sojourn of this self-styled governing party in power will be one that historians may very well come to describe as “One week, One Crisis”. The more significant thing however, is that the retinue of crisis is actually self-inflicted, and self-contrived.

From the very beginning, right at the point in time when a merger of parties was very gleefully announced, it had been very clear that this new contraption was bound together by nothing else other than the desire, and a self-serving one at that, to kick out the then grossly incompetent and crisis torn ruling party and ruling government.

But has this new ruling party and this new regime fared any better? It remains as threatened by internal dissent as the party it replaced in power; while also even seemingly outperforming the discredited former regime with respect to incoherence, absence of vision, and internal oftentimes antagonistic internal strife within the government.

I mean seriously, what kind of party is announced into being without a program or manifesto? On what basis did they reach an agreement to merge? What vision other than the lure of power and the instinct of the predator that this may well be the appropriate time and tool to use to pounce on the prey?

This absence of shared principles, this lack of the capacity for collective imagination, this inability to agree a common goal and agenda, has been the bane of the current regime and ruling party since coming into office and into power.

It is why in government, and at the apex of governance they have seemed to be wobbling from pillar to post, sometimes managing to taking one step forward, and several more times, managing to take two or more steps backward [apologies to Lenin].

That is why although they promised and claimed to be operating a zero-budget system, they have not iterated any national development plan on which a zero budget can be based. Nor has any of their zero budgets been preceded by needs assessment, and the plans and budgets based on any actual assessed and integrated planning framework.

Let me cite some examples. You have various policies of the government that do not seem to be integrated. There is an Agriculture road map that is aimed at earning revenue from export of primary produce, and not geared towards serving as a springboard for local manufacturing and industrialisation, and therefore not linked to the industrialisation road map in any concrete way.

Why can’t we promote through deliberate policy investment in meeting industrial and manufacturing raw materials need from our revamped agriculture practice? Why can’t we encourage not only the mass production of Yams and Cassava, but also their processing into derivatives such as industrial and pharmaceutical starch that we can then use in our local pharmaceutical and other industries?

Why is the Buy Made in Nigeria policy not directly integrated into a policy to encourage competitive local manufacturing and industry? I have given this example severally, and I will give it again: if a policy is put in place and enforced for all MDAs to ensure that a minimum of 60 to 80% of their procurements are locally produced goods and services; and if through deliberate policy government were then to contract and pay local manufacturers and industries to ensure that they are able to meet these procurement needs; imaging what transformative effect this would have on the economy and on Nation building and national unity?

So if all vehicles to be purchased by MDAs were to be from local manufacturers, imagine what this would do to the local automotive industry, but also to the local furniture/leather, local wielding, local battery making etc industries as well.

If funding of public education were to be taken seriously, and we make a commitment for every child to be in school and to have access to one laptop each; and if this were to be sourced from local manufacture and industry, imagine the impact of this not only on the quality of education, but also on the computer industry, as well as on the software industry.
Anyway, rewind to April 2015 and beyond. What have we been treated to? A cocktail of incoherence on the one hand, and the inexorable slide towards a creeping authoritarianism on the other hand.

At the heart of the emerging dialectical character of the regime is the contradiction manifested in the nature of the regime and party as one brought into office through a popular mandate led by a canonised saintly figure on the one hand; and on the other hand a clear paralysis in government occasioned by an inability to govern, culminating in rendering the regime and party incapable of governing.

The resultant effect of this contradiction is the tendency towards self-adulation, the intensification of self-glorification, the consolidation of unfounded arrogance, and the resort to dismissiveness criticism, the growing levels of harassment of dissent, and the intensification of efforts, some of which are reflexive and unconscious towards closing up the civic space and silencing opposition.

The emergent outcome of all of these processes is a creeping authoritarianism. The more the regime is failing to deliver on its electoral promises, the more its self-imposed paralysis makes it impossible for it to govern, the more arrogant the regime gets, and the more it relies on populism, bullying and the use of brute force to have its way.

Clashes between herders and farmers have not only become frequent, they have grown frighteningly in intensity and scope, threatening to engulf ever larger parts of the territory of Nigeria; and yet there has been no military exercise undertaken to act as deterrence, not even an “Operation Rat Race”, yet we have seen not one, but two successive “Operations Python Dance and Crocodile Smiles”, in the South East and South-South respectively!

And I dare say that the Herders-Farmers Conflict has a greater potential for nationwide fratricidal chaos than does the secessionist agitation of some in the South East or the Militancy in the Niger Delta.

Let us leave security and take a look at recent happenings in the mainstay of the economy, the Oil and Gas sector. The recent revelations with respect with the contest for control between the Minister of state for petroleum and the GMD of NNPC speaks volume of the chaos within the government, the lack of cohesion and coherence, the absence of shared vision, and even more importantly the failure of leadership.

If the President as both the head of government and the Substantive Petroleum Ministers; and his subordinates, the Minister of state and the GMD cannot coordinate effectively and efficiently, then how can the Federal Executive Council coordinate?

Why is the President also the Minister of Petroleum? By our laws and the constitution no one can serve as a Minister appointed by the President without the Confirmation of the Senate? Did the president go through confirmation to become the minister of petroleum?

What does this rift and allegations and counter allegations say of the proceedings of the Federal Executive Council [FEC]? When they meet, do they have an agenda? And what do they talk about? Because from what is unravelling it does not seem like Ministers table updates and issues from their ministries for discussion by FEC.

And why if we may ask, is the NNPC such a powerful corporation as to be beyond political control and oversight of serving ministers and the FEC? Has the NNPC even under this government of change remained a government within the government? A state within the state?

Recently too, much has been made of revelations from the World Bank President and the IOCs and other Oil and Gas corporations operating in Nigeria, about the directive to invest and fund projects in the North.
What is shocking is not just the fact that this government of change could actually have given such directives; what is even more shocking has been the tone of a majority of the responses so far. These have been as sectional as the actions of the government itself has been.

It is little wonder that under the watch of this incompetent ruling class [in office and in opposition], the country has been led to the very precipice of disintegration.

The main reason why a leader can be sectional, or appear to be so; why a government can be construed to be sectional; and why those opposed to it can also be making sectional demands; is the absence of a clear cut participatory, all-embracing multi-stakeholder process for national human and economic development planning; one that will also include an operational and implementation strategy as well as an investment plan [called the budget].

With such a holistic national development plan in place, based on a national needs assessment, reflecting national priorities, and citizens’ interests across the country, all that a government needs to do is to ensure that development assistance as well as corporate social responsibility spending and financing key into such a plan. The role of a National Budget and Planning Ministry will thus include that development assistance and corporate CSR as well as private and public-sector investments respond to this plan and that they are spread appropriately and in accordance with needs and priorities that have been collectively identified.

This is how to govern. What is happening at the moment is a clear example of how not to govern, while the response of the majority of the political elites opposed to the government and or critical of it, is also a clear manifestation of the inability of this ruling class as a whole to provide people centred and citizenship strengthening governance and leadership.

What can we conclude from all these? The emergent absurdities of this unhinged change is another testament to the failure of class leadership by the ruling class and the resultant failure of governance and failure of the nation building project. It is why we have yet to build a Nigerian nation with a single and common Nigerian citizenship. It is why we are all fragmented as Arewa, Biafra, Odua, minorities and all what nots.

And more importantly, it is why it is up to us who think differently, who know that this country can be made to work for all her citizens, to once again take the bull by the horns, take our destiny into our own hands, and retrieve our country from this insolent, indolent and incompetent failed ruling class.
Posted by PublicInformationProjects at 10:54