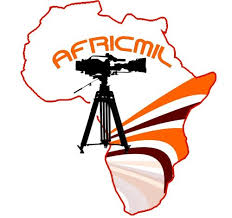 
According to a statement signed by Chido Onumah, coordinator of AFRICMIL, Corruption Anonymous is billed as a civil society and people-centred intervention to mobilize citizens as the critical success factor in the war against corruption in Nigeria through whistle-blowing.

CORA became necessary, Onumah said, because of the realisation that the anti-corruption war is not a fight government can win on its own without the input of Nigerians from all walks of life.

Late last year, as part of efforts to tackle corruption in the country, the federal government announced a whistle-blower policy which specifies 2.5% to 5% of total recovery as reward for citizens whose tips lead to recovery of looted public funds.

“Corruption Anonymous seeks to create awareness and build public confidence and support for the whistle-blower initiative, advocate for proper implementation of the policy and institutionalization of the guidelines as well as reinforce protection for whistle-blowers,” Onumah stated.

Apart from serving as a platform for citizens to engage in whistleblowing, CORA would provide the tools for the media to enhance its investigative work.

The public launch, Onumah said, is being organized with the active participation of relevant stakeholders to give momentum to whistleblowing, which is already yielding positive results as a strategic tool in the efforts to reduce corruption in the country.

The Acting Chairman of the Economic and Financial Crimes Commission (EFCC), Ibrahim Magu is expected as the special guest of honour while the keynote address will be delivered by lawyer and human rights activist, Professor Chidi Odinkalu.