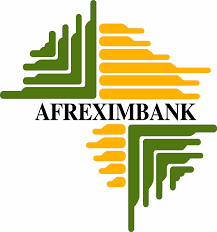 The African Export-Import Bank (Afreximbank) has announced the institution of an international lecture series in honour of Dr. Babacar Ndiaye, the former President of the African Development Bank, who died on 13 July 2017.

The Babacar Ndiaye Lecture series is aimed at honouring Dr. Ndiaye for his many important contributions to Africa’s economic development, in particular, his critical role in the creation of Afreximbank. Dr. Ndiaye was also instrumental to the creation of several other continental institutions, such as Shelter Afrique and the African Business Roundtable, and is credited with fostering the emergence of many young entrepreneurs who have become builders of Africa.

He was President of the African development Bank from 1985 to 1995.

The keynote speaker will be Prof. Joseph Stiglitz, Economist and Professor at Columbia University and Nobel Laureate in Economics Sciences. He will speak on the topic: “From Manufacturing Led Export Growth to a 21st Century Inclusive Growth Strategy for Africa”.

Guests are expected to include leaders of African and global banks, development finance institutions, the business community and political leaders attending the World Bank–IMF Annual Meetings. Others are members of the diplomatic community, policy makers, academicians, African and non-African ministers of finance, economy and development, central bank governors, and CEOs of global and African corporates.