News Release: Is It Correct To Say That Lagos Seized Pump-Action (Gaming) Guns Are Instruments Of “IPOB Terrorism” In Nigeria? 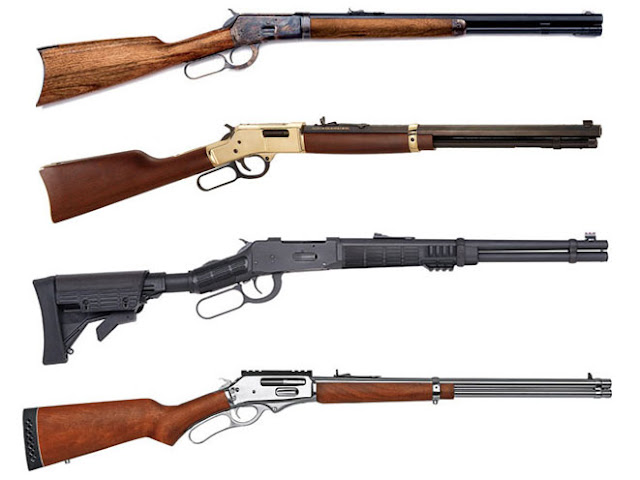 It remains the firm and irrevocable stance of our organization (Int’l Society for Civil Liberties & the Rule of Law) to steadily stick to pacifism and nonviolence in Nigeria and stop at nothing in partnering with the Government and People of Nigeria and members of the international community through our advocacy activities to curb all forms of illegitimate violent activities of State and non State actors.


We are still deeply concerned that security of the country is unquenchably becoming worrisome as days go by. Apart from recent ill-conceived and politically motivated declaration of IPOB as “a terrorist organization” by the Buhari/Osinbajo Administration and its attendant socio-security implications; the present central Government has pretentiously and dangerously remained defiant with security, unity and social cohesion of the country slipping off its sleeve. The Government looks as if it is haunted by terminal virus of remorselessness and uncertainties.
As we speak, Nigeria’s Information Minister has restlessly been running from pillar to pole in foreign capitals and on the pages of foreign tabloids and news bulletins struggling in vain to get key members of the int’l community, by hook or crook, into issuing quit notices to millions of the Igbo People in Diaspora; recently tagged “terrorists” by the Administration. A sayings still goes that: those who defied the forest spirits to fetch ants infested fire-woods must be sleeplessly ready to contain the influx and invasion of lizards in their homesteads.

Without prejudice to genuine efforts of the Government of Nigeria to curb the influx and illegal importation of illicit arms by illegal importers and couriering companies and entities, the same Government must ensure at all times that such efforts are spread across board and devoid of witch-hunting and selective, application and enforcement. There is also need for the Government of Nigeria and its key arms purchasing authorities to drastically reduce and discourage indiscriminate purchase of arms at official quarters.

While we resolve never to have sympathy for any citizen or group of persons or entities that engage in illegal arms smuggling or importation in the country to swell the already flooded illicit small arms and light weapons spaces and public and illegal private armories in Nigeria; we shall not fail in our social obligations to expose government loopholes and lopsided legal sanctions where and when necessary.

Section 17 (2) (c) of Nigeria’s 1999 Constitution enjoins the present central Government to ensure that “its actions are humane”. Is it therefore correct to say that the action of the Buhari/Osinbajo Administration is humane in the instant case?  If Boko Haram terrorists are being freed in their hundreds and programmed for “re-radicalization”; after killing over 22,000 citizens and forcing 2.6 million to flee, is it fair and just for the same Government to turn around and criminalize and massacre hundreds of unarmed and defenseless citizens and further tag same a “terrorist group using pump action guns”?

Technically spaking, pump action guns and their likes have illicitly been making their way into Nigeria for decades with successive central Governments in Nigeria encouraging same by way of border or seaport bribery and porosity.

The successive central Governments in the country and the present central Government have continually approved and allowed the use of pump action guns and their likes by local vigilantes without asking how they came into the country or who smuggled or imported them. It is possible that some State Governments in Nigeria particularly in the Southern part engage in illicit sourcing or importation of these pump action guns through third party couriers.

The sporting or gaming (pump action sporting guns or non military rifles) recently declared by the Federal Government as “instruments of IPOB terrorism” is technically difficult to believe and conceptualize. This is considering the modern realities associated with art of war particularly in asymmetric warfare (terrorism and guerrilla rebellion). Modern terrorism has no room for cork and shoot or caulking guns. The easiest weapons of modern terrorism are “prohibited firearms” and not “personal or gaming firearms”. Even the Fulani terror herdsmen that are jungle Nomads have severally been linked to the use of “prohibited firearms” military rifles.
Considering the patterns and trends of illegal shipment of pump action gaming guns and their likes into the country which had been the case in Nigeria for decades, it has become more difficult finding the rationale behind the linking of 1100 of same  to IPOB. From the available records, influx and use of pump action guns has long been internalized with Nigeria’s communal security culture. In this 2017 alone, it is already reported by the present central Government, whether real or imagined, that it seized four times a total of 2, 671 pump action sporting guns and their likes from Apapa and Tin Can Island Ports in Lagos.

That is to say that both official and illegal influx of pump action guns have been a recurring decimal in Nigeria since 1999 or late 1990s with actors involved including State officials who may most likely have been using third parties to source for same for their armed vigilantes and other political purposes. In determining the remote and immediate sources of these pump action guns through unbiased and comprehensive criminal investigations, especially those reported to have been impounded on 9th January (661), 24th May (470), 10th September(440) and 21st September (1100), 2017, totaling 2,671; the Ministries of Interior and Police should thoroughly be questioned. This is because of the possibility of government foul play aimed at desperately justifying its recent ill-conceived and politically motivated tagging of IPOB “as terror group”.

While the suspects linked to the illegal importation from Turkey of 661 pump action guns; namely: Mahmud Hassan, Oscar Okafor, Donatus Achiluno, Mathew Okoye and Salihu Danjuma had been arraigned by the Attorney General of the Federation on 14th June 2017 before a Lagos Division of the Federal High Court for illegally importing 661 pump action guns via a 40-feet container from Turkey through a false bill of lading  issued in Istanbul (Turkey) and dated 9th January 2017; the identities and criminal findings of the 1100 pump action guns said to have been seized at the Tin Can Island Port on 10th September 2017 and 440 others reportedly seized on 21st September 2017 have remained concealed and hidden from Nigerians till date.

Terrorism or acts of same are not done by corking and shooting a sporting gun. In modern military doctrines, warfare  or armed violence especially that involving asymmetric warfare (such as terrorism and guerrilla rebellion),  caulking guns such as pump-action guns (i.e. Magnun or Altar or Black single or double barreled rifles) and muzzle loading riffles (such as Dane guns) have no single place and do not follow.

There are  thirteen globally identified  major features or characteristics of a terrorist organization; namely:

(6) operate in isolated and difficult terrains, (7) threat or use of violence;

(11) the aim to spread fear by committing reprehensible public acts and atrocities;

(12) targeting and killing of civilians in large numbers,

(13) inflicting heavy and widespread casualties on government and its institutions/facilities. A terrorist organization must possess all of these to be called terror group.

It must be stated further that “pump action guns” and their likes do not fall under the prohibited firearms or military rifles in Nigeria.

They are technically defined as slide-action or sporting firearms or rifles which a forend can be moved forward and backward in order to eject a spent round of ammunition and to chamber a fresh one. They belong to the family of sporting/gaming guns; originally designed for sporting and hunting such as killing birds and other animals. To propel them, cartridges are used.  They have been localized in Nigeria and used for neighborhood, market and community vigilante security.

According to Nigeria’s Firearms Act of 2004, there are (1) personal firearms, (2) muzzle loading firearms and (3) prohibited firearms. Specifically, by Sections 3 and 4 of the Firearms Act 2004 (Cap.F28, LFN 2004), pump-action guns, short guns, muzzle loading guns, single and double barreled guns are classified as personal firearms; they can be possessed by any citizen in Nigeria provided he or she is licensed by the Inspector General of Police (in the case of pump-action guns, short guns and other types of single and double barreled guns) and Commissioner of Police (in the case of muzzle loading firearms). These categories of personal firearms are further classified as non military rifles (strictly for gaming or hunting and domestic self defense).

On the other hand, there are prohibited firearms or military rifles, which can only be possessed by a citizen through a license directly issued by the President. The prohibited  firearms are listed in the Schedule Part 1 of the Firearms Act of 2004 to include: artillery, apparatus for the discharge of any  explosive or gas diffusing projectile, rocket weapons, bombs and grenades, machine-guns and machine-pistols, military rifles. Conditions for their use are provided in Section 5 of the Firearms Act of 2004.

The personal firearms are listed in the Schedule Parts 2 and 3 of the Firearms Act of 2004 to include: short guns, sporting rifles (i.e. pump action guns) or rifles of calibers other than those specify in item 6 of Part 1; air guns, air rifles, air pistols, human killers of captive bolt type, Dane guns, flint-lock guns and cap-guns.  Licenses for personal firearms are usually issued in Nigeria for “gaming purposes”; in strict and clearly defined circumstances, the law allows for their use in self defense.

Finally, our question to the Buhari/Osinbajo Administration is: is it still correct to say that Lagos seized Pump Action (Gaming) Guns are instruments of “IPOB terrorism” in Nigeria?