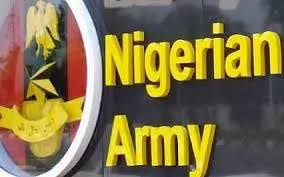 It is sad and shocking that what is called “Nigerian Army” today and its mother “security and defense” establishments are nothing but “resurrected Glover Hausas” of the 19th Century. Recall that in 1863, British Lt Glover of the Royal Navy selected 18 indigenes from the Northern part of the country and organized them into a local force, known as the "Glover Hausas".

The small force was used by Glover as governor of Lagos to mount punitive expedition in the Lagos hinterland and to protect British trade routes around Lagos. In 1865, the "Glover Hausas" became a regular force with the name "Hausa Constabulary" given further birth to what is now called “the Nigeria Police Force”.

As the British malicious trade expeditions and consequent colonialism got expanded by way of conquest of other ethnic nationalities and territories, the names of the indigenous colonial army and policing entities kept changing so as to accommodate and reflect the multiculturalism, multi-ethnicity and multi-religiosity of what is now called “Federation of Nigeria”; a country of over 380 tribes, 400 languages and multi-religious groupings.

Today, the present Nigerian Security and Policing Forces including the Nigerian Army are fully back to their 19th Century period. This has singularly put Christians and other non Muslims at risk especially in Igbo Land and South-south Nigeria. Christian populations in Northeast Nigeria especially in Borno State are almost uprooted and decimated.

Those in their large numbers in Adamawa and Taraba States are totally endangered with their lives and faith hanging at crossroads of uncertainties. Southern Kaduna Christians and those of Benue and Plateau States are not left out. They are killed, persecuted, threatened and traumatized on daily basis with the present central Government and the country’s policing, defense and security establishments doing nothing or appearing to be working hand in glove with the killers and tormentors of Christians and other non Muslims in Nigeria.

For the first time since Nigeria returned to troubled democracy in 1999, the top echelons of its security and policing forces are dangerously in the grip and domination of Northern Muslim officers and ex officers. The present heads of Army, Air Force, Police, SSS, Customs, Immigration, Prisons, NSCDF, etc are all Northern Muslims of Hausa-Fulani extraction.

The Minister of Defense is Northern Muslim; likewise the Minister of Interior, the National Security Adviser and the Commander-in-Chief of the Nigerian Armed Forces and Police (President Muhammadu Buhari). It is also on record since June 2015 that no senior police officer from the Southeast or Igbo Nation-State is among the country’s 24 serving AIGs who are also member of the Nigeria Police Management Team.

Our recent investigation further showed clearly that 95% of commanding officers of all key Army formations in the Southeast are manned by top Northern Muslim officers. The two key formations of the Nigerian Navy in Igbo Land or Southeast Nigeria are also manned by Northern Muslim officers. The killings by the Nigerian Army in three locations: Aba, Isiala-Ngwa and Afara-Ukwu (Ibeku) all in Abia State, of not less than 100 members of the Igbo-Christian civilian population  and other non Muslims between 12th and 14th September 2017; are therefore not surprising to us.

Igbo Land or Southeast Nigeria is home to largest Christian population in Africa (with over 50m); seconded only by the Democratic Republic of Congo. In Boko Haram insurgency that devastated Northeast Nigeria since 2009, 1.3m Christians were forced to flee the area to escape being killed, persecuted or forcefully converted to Islam (OpenDoors Report 2015). Apart from not less than 14,000 to 15,000 Christians killed in the Jihadist insurgency between 2009 and 2015, thousands, if not tens of thousands of Christians were also converted to Islam to escape hostile religious killing and persecution.

Over 13,000 churches and 1500 Christian schools were also destroyed in the insurgency. It is credibly estimated that over 4900 civilians who are mostly Christians have been massacred by terrorist Fulani Herdsmen since June 2015 when their grand and life national patron (Retired Major Gen Muhammadu Buhari) returned to power through the troubled poll of 2015.

Most of the killings took place in 2016 especially in Southern Kaduna, Plateau and Benue States (the most populated Christian States in Northern Nigeria). Totality of these explained why the int’l anti Christian persecution watchdog, Open Doors Int’l recently declared Nigeria under Buhari as “the most dangerous place to practice Christian religion in the world”.

(14) The Commander of the Nigerian Naval Outpost, Onitsha (Ogbaru), Navy Captain Mohammed Dahiru (Hausa-Fulani Muslim). More are yet to be named.