News Release: Understanding Intersociety’s Rights Campaign In Nigeria & Our Opposition To “No Election” Or “Vote & Die” Campaign In Anambra State 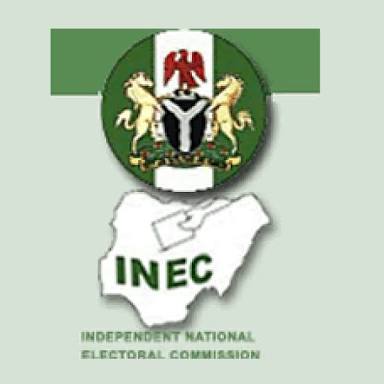 Human Rights campaigns around the world have no boundaries and are beyond municipal, regional and int’l legislative and executive policy restrictions. In other words, human rights campaigns are carried out in the entire 193 member-States of the UN, 46 trusteeship territories and territories of world’s 10 million Stateless persons. Defense of human rights is originally rooted in volunteerism, passion for humanity and selfless service to humanity. It is also not-for-profit activity.

Collective rights and their management are the very reason why State or government was founded; for the purpose of ensuring that citizens exercise their rights within bounds or without encroaching on the rights of others. For human rights to be effectively exercised and enjoyed by the citizens, they must not be allowed to be exercised or enjoyed beyond established bounds or at the detriment of the rights of others.

Natural beneficiaries of human rights have in many cases been found engaging in wanton disrespect of the rights of others in the course of exercise of their own rights. Governments and other State actors are also reckless violators of the citizens’ rights. Nigeria especially under the present central government of Retired Major Gen Muhammadu Buhari is a notorious human rights violator. These explain the reason why the same Government hardly mentions human rights as one of its policy directions (if any) since its inception in late May 2015.

Individual and group defenders of human rights are, in most cases, erroneously seen as “members” or “branches” or an extension of the victim-social groups. Both State actor violators and non State actor victim-groups and individual victims are guilty of this. Violator-public office holders or government officials also see human rights defenders as “bought over” or “sponsored by the opposition”.

This is the weakest point of intellectual logic and argumentation and has been responsible for government woes over the years in Nigeria. Defense of human rights goes hand in hand with democratic free speech; yet in the recent words of Mr. Shehu Garba (Buhari’s media aide), “those criticizing Buhari Administration are those wanting to be bribed to shut up”.

According to several scholars and researchers who studied the dark sides of human rights activism around the world, “human rights undertakers or profiteers of human misery have taken over and dominated the defense of human rights in modern world”. These, according to them are “professional advocates of civil, political, cultural, economic and environmental rights; who feed fat at individual and group levels, on human miseries or tragedies associated with the gross violation of such rights”.

These people or groups pretentiously pray fervently for incessancy of man-made human miseries or human tragedies so that they can feed fat or enrich themselves. Patterns and trends of their rights advocacy are rooted in the theory of “the more human tragedies, the larger the purse and food”.  The advocacy methods of these “profiteers of human misery” do not go beyond “investigation, research, documentation and issuance of report”; thereby making such gross rights violations a recurring decimal with geometric progression.

Human rights undertakers or profiteers of human misery, according to researchers, are largely found in western world with developing countries as their advocacy focus areas where man-made human miseries are mostly generated. While bulk of their funds and funders are located western world, most of such funds are targeted and expended in developing countries including Africa and Nigeria; with little or nothing to show for them.

There are also human rights merchants or cash-and-carry rights activists and organizations. They are majorly found in developing countries including Africa and Nigeria; with many of them created and funded by malicious State and non State actors to do their biddings including cleansing their political or leadership baggage.

Two clear cases in point are the patterns and trends of rights CSO activities in present Nigeria which have now shifted to “government/its agency-CSO partnership or engagement”; while the other is over concentration on “Election Day monitoring” by rights CSOs and zero interest or involvement in pre election advocacy (i.e. 2017 Anambra Governorship electioneering). The death and dearth of defense of core human rights values in Nigeria especially since the return to civil rule in 1999 are clearly rooted in “non-profitability” of defense of fundamental human rights in the country.

It must be restated here that defense of human rights is rooted in volunteerism, passion for humanity and selfless service to humanity or “not-for-a-price” human rights activism. It was on this premise that the Anti Slavery Int’l was founded in 1848 as the world’s first human rights organization.

Our organization, Intersociety, was founded in 2008 as a grassroots based rights organization  for core purposes of rendering selfless and priceless services to humanity and empowering people in the knowledge and defense of their human rights with full realization of the fact that “where their rights end, those of others begin”. This stance of ours is remarkably revisited not only to put the records straight, but also to make the direct and indirect beneficiaries of human rights advocacy to clearly understand who we are, what we do and why we do what we do for the betterment of humanity.

Before our  triumphantly involvement into human rights aspect of nonviolent pro Biafra struggle in late October 2015, Intersociety had been involved in several successful rights advocacy; such as a national survey on Police roadblock extortions and associated killings in Nigeria particularly in the Southeast; leading to dismantling of most of  the roadblocks in January 2012.

It is on record that our involvement in human rights aspect of pro Biafra campaign was totally voluntary and sympathetic; following government hash response or poor handling style
s in connection with the agitation. Our aim of involvement was not only to expose those killings and maiming, but to seek to have them drastically reduced, if not totally stopped.

As opposed to the intents of human rights undertakers or profiteers of human misery, we do not want continued and wanton spilling of blood of innocent and unarmed citizens and other gross abuse of rights of citizens in connection with pro Biafra struggle in Nigeria. This is because it is morally damnable to suffer to bring a child into life and nurse-maid same for years only for the same innocent citizen to be shot and killed in a twinkle of an eye or tortured to death with impunity. This is more so when such a citizen is made a “dark side” or “forgotten hero” by his or her social group and its leadership which activities resulted in his or her untimely death.

Rather than the Government of Nigeria learning or acting on the expert content of our defensive rights advocacy as it concerns its poor handling of pro Biafra agitation, the same government turned around and resorted to frivolities and wild goose chase. The IPOB itself got carried away by our voluntary involvement in the human rights content of its agitation; to the extent that it now commands our leadership and treats same as its “unit or branch”.

For instance, in its recent response to our coalition statement opposing its call and its associated threats for the boycott of Anambra Poll, the group “warned and commanded” us to desist from “Igbonizing Biafra struggle”; among similar “instructions” and “commandments” issued against us in the immediate past. To them, singing the praises of any ill-conceived and unpopular action taken by the group is the only right way or correct thing to be done all times.

Therefore, our opposition against “no election” or “vote and die” campaign and their campaigners in Anambra State remains irrevocable, sacrosanct and unchanged.  Exercise of human rights has no room for extremism or recklessness. As a matter of fact, human rights of any citizen or group end where those of another begin.

To threaten or force a population to boycott its all-important election for no just and empirical cause is a height of extremism. If it is “human rights”, then it is “human rights” exercised in extremism; which only rears its ugly head in a “Banana Republic”.  Despite denying issuing a threat of violence against Anambra voting population in its last statement, the same last statement of IPOB still contained another round of threats against “commercial vehicle drivers, okada and Keke riders, etc in Anambra State to stay off roads or be regarded as hostile enemies with consequences”.

Let it be clearly stated that Intersociety has nothing against IPOB world wide as a group. But we will not hesitate to take a different position on actions taken by the group which try to impeach the collective human rights of others. As a stickler of pacifism or nonviolence including non-threat of violence, Intersociety will always stand and support the adherents or exponents of pacifism and disassociate ourselves whenever reverse becomes the case.

It is still on record that through the nonviolent activities of IPOB in the immediate past, the Federal Government of Nigeria had killed not less than 400 unarmed citizens who supported its activities and those who are not involved. Hundreds have been maimed and hundreds of others are presently languishing in various detention custodies with many having their cases stunted; likewise scores of others who have disappeared or been tortured to death.

Human rights organizations within and outside Nigeria are therefore more sympathetically interested in: who are those killed in connection with pro Biafra agitation using nonviolence since August 2015 including those killed in September 2017? How many are they? Where are they from? How many of them have been recovered and befittingly buried and how many have not been seen? Who killed them? How, where, when and why were they killed? Have their killers been fished out and punished? What are the socio-economic conditions of those they left behind?

The rest are: How many pro Biafra activists are presently been detained?  Who are they? Where are they from? How many of them are in prisons? How many are in the SSS, Police and Military custodies? What are their conditions under detention; tortured, sick or starved?  How many of them have been missing since 2015, 2016 and 2017? What is the present status of court cases involving arrested and detained pro Biafra activists; stunted or speedily ongoing? What are the socio-economic conditions of those they temporarily left behind?

We thank immensely the People of Anambra State especially the voting population for their robust support to Intersociety and Southeast Rights Coalition during our electioneering advocacy campaigns. We are by this public statement of ours drawing the curtain close as it concerns pre election awareness or sensitization campaigns of Intersociety and Southeast Human Rights Coalition (SBCHROs).

Anambra voting population is again called upon to come out and vote massively and ignore any threat or call not to vote in the all-important poll. A bird at hand, they say, is much better than millions of others in the bush.  The IPOB’s call for sit at home on 30th May 2017 was very justifiable; but entirely different from its ongoing forceful call or threat on Anambra voting population not to vote or “vote and die” on 18th November 2017. The rights of Anambra People to choose their leaders democratically are inviolable and sacred!