News Report: A Massive Trove Of Data On Offshore Transactions Is Leaked 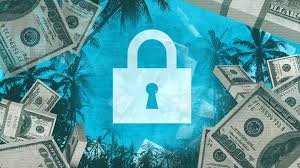 In April 2016, the International Consortium of Investigative Journalists (ICIJ) dropped a bombshell. Its articles about the “Panama Papers”, a leaked trove of documents which had been stolen from Mossack Fonseca, a Panama-based law firm, sent shock waves round the world—felling the leaders of Pakistan and Iceland, leading to multiple arrests and pushing several countries to tighten laws related to offshore financial dealings. The revelations also caused a further hardening in public attitudes towards offshore finance, which had been souring since the global financial crisis.

Now the ICIJ and its 95 media partners around the world—including the BBC and the New York Times—are back with another cache of pilfered files, this time dubbed the “Paradise Papers”. This latest batch of revelations, the organisation’s sixth substantial leak investigation, began on November 6th and will be rolled out over a week. It shines light on offshore transactions linked to hundreds of wealthy clients of Appleby, a Bermuda-based law firm. These include politicians (Wilbur Ross, America’s commerce secretary, pictured), entertainers (U2’s Bono) and even royalty (arise, Queen Elizabeth).

The ICIJ promises a spectacular. As the first articles went out, the consortium’s director, Gerard Ryle, wrote: “Each [ICIJ] project, in turn, has generally involved more documents, more journalists and bigger revelations. And each, in turn, has prompted new levels of outrage.” Judging from the first day’s output, however, the Paradise Papers may fall well short of their Panamanian predecessor.

The articles are based on 13.4m documents initially leaked to Süddeutsche Zeitung (SZ), a German daily newspaper that was also the recipient of the Panama Papers leak. Just over half of these files come from Appleby and a service provider called Estera that used to be part of its stable. Around 6m are from the corporate registries of the Bahamas, Malta and other offshore centres. A much smaller number were plucked from the database of a Singaporean trust company. As with the Panama Papers, the SZ refuses to reveal its source or sources.

The most eye-catching early stories concern Mr Ross, social-media firms and Britain’s monarch. Mr Ross, a private-equity boss turned senior member of the Trump administration, is reported to have held a 31% stake (through a buy-out firm he owns) in a company called Navigator, which received tens of millions of dollars for shipping oil for a Russian client. That client, a firm called Sibur, was part-owned by Russians with alleged Kremlin ties who are subject to American sanctions, including Gennady Timchenko, the former co-CEO of Gunvor, an oil trader. The ICIJ also reports that Yuri Milner, a Russian tycoon who invested in Facebook and Twitter, was secretly backed by two Russian financial institutions known for doing the Kremlin’s bidding. Stories about such connections are guaranteed a wide audience at the moment given heightened scrutiny of possible ties between the Trump campaign and Moscow. Queen Elizabeth’s private estate, meanwhile, is shown to have invested millions of pounds in a Cayman Islands fund as part of an offshore portfolio that was not previously disclosed.

These revelations, however, are a far cry from what could be found on the darkest pages of the Panama Papers, which contained details of serious money-laundering lapses and secret accounts held by corrupt politicians and public officials, stuffed with money whose provenance took some explaining. There is no suggestion of illegal activity by Mr Ross, or of improper contact between him and Russian interests. A spokesman for Mr Ross said he recuses himself from any matters focused on transoceanic shipping vessels, has had no contact with the sanctioned individuals, and was not even aware of them until this week. The ICIJ says that Mr Milner told it his firm’s investments, including those in Facebook and Twitter, have always been based on business merits and have nothing to do with politics. He said one of the Russian financial institutions was a “passive” investor in Twitter. His firm no longer owns a stake in either tech company.

Britain’s royal estate, meanwhile, insists it derived no tax advantages from its investment in the Cayman fund. Thousands of private-equity and hedge funds are registered in tax-free or low-tax offshore centres. This typically has more to do with avoiding an extra layer of taxation in the country where the fund is based than with dodging tax owed in the investor’s home country, which still has to be paid. Moreover, such funds are hardly the preserve of the rich only: many pension funds invest through them. The ICIJ also highlights the royal estate’s investments in Threshers, an off-licence chain that went into administration, and BrightHouse, a retailer accused of exploiting poor people. These look unwise, but they could just as easily have been made onshore as offshore.

Plenty of nefarious things happen offshore. A recent example is the giant, globe-spanning corruption scandal around 1MDB, a Malaysian state-investment fund from which investigators in several countries believe more than $4bn was misappropriated, much of it through offshore shell companies. But the first lot of Paradise Papers revelations seem to contain nothing so damning. Moreover, the focus on Bermuda risks reinforcing the stereotype that the real culprits are small, palm-fringed islands, when it is in fact the much larger, onshore financial centres, such as London and New York, that offer the most attractive combination of respectability and secrecy making them magnets of unparalleled power for the world’s tainted money.
Posted by PublicInformationProjects at 23:58