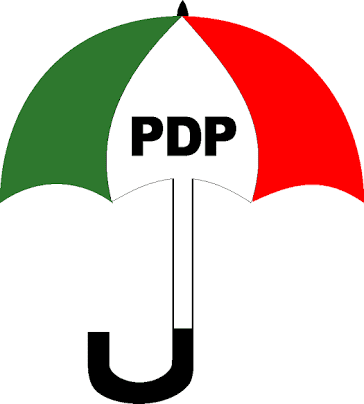 The Peoples Democratic Party (PDP) has described President Muhammadu Buhari’s New Year address as depressing, as it completely failed to address serious economic and security issues confronting the nation and for which Nigerians earnestly expected answers from Government.


PDP National Publicity Secretary, Kola Ologbondiyan, in a statement on Monday said Nigerians were again treated to another round of false claims and empty promises, which has become a routine in close to three years of APC-controlled Presidency, adding that that was why the PDP earlier advised the Federal Government not to bother about any new year message to Nigerians.

"We already knew the pattern and we advised against it this year. We knew their New Year message would heighten Nigerians' despondency rather than providing us hope", the statement said.

The party also expressed disappointment that instead of accepting that it has failed, the Presidency attempted to appropriate and claim credit for the achievements of the PDP.

It said instead of inspiring the people, the address ended up depressing and annoying them the more as it held no message and did not proffer any solutions to the problems inflicted by the APC Federal Government.

"Instead of offering solutions or providing the indices for development, the Presidency deployed over 2000 words passing the buck, begging the question, making empty claims and attempting to appropriate achievements of the PDP administration.

"What could be more depressing than the fact that the President, who is also the Minister of Petroleum Resources, did not give a clear-cut solution to the acute fuel crisis bedeviling his nation today?

"The President’s speech neither addressed how to raise the fallen value of the naira nor how to rescue the labour market from the 8 million job losses and acute unemployment being suffered by Nigerians under the APC.

"The address completely failed to respond to issues of corruption under the APC regime, including allegations of budget padding, secret oil subsidy deals, illegal lifting of crude worth trillions of naira, pillaging of Nigeria’s foreign reserve, diversion of billions of naira for insurgency related matters, all by APC interests.

"Furthermore, the speech had no assurances on the worsening economic recession ravaging families under this regime; it had nothing on the dilapidated infrastructure and attendant stress on the economy, which the APC government has caused Nigerians.

"Rather, what we heard was a boring litany of buck passing, lame declarations and barefaced attempt to appropriate and claim credit for achievements and landmark projects initiated, articulated and implemented by the PDP administration, including, the railway, electricity and agricultural projects.

“We challenge the APC Presidency to tell Nigerians which landmark project it has initiated, articulated and executed in its close to three years of governance.

"Also the citizens are eager to know what work percentage that have been added to projects that were being executed by the PDP before the APC took power by propaganda and lies in 2015.

"Nigerians have now seen that the APC has nothing to offer but has only succeeded in wrecking the nation and inflicting hardship on the people.

"The option before Nigerians is to kick out the APC come 2019 and return the PDP, which is now repositioned to bring the nation back to the path of national unity and prosperity we all once enjoyed.

"On this note,  the PDP stands with the people to once again present a government that is serious, truthful and transparent, with an array of best hands harnessing and channeling our national resources for the good of all, as was the order before the unfortunate incursion of the APC.
Posted by PublicInformationProjects at 13:45