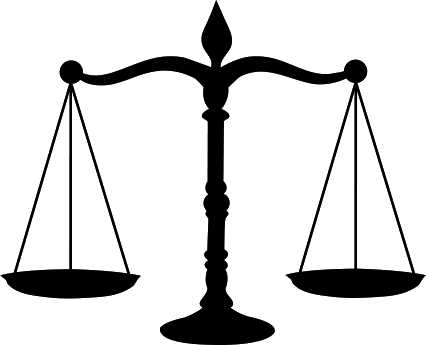 "Give me the liberty to know, to utter, and to argue freely according to conscience, above all liberties”-John Milton

Undoubtedly, the words of the English poet, John Milton as quoted above robustly presents the essence of right to Freedom of Expression as being the “first among equals” in the league of fundamental human rights in any given society. To put it succinctly, Freedom of Expression helps in discovery of truth via open discussions, engenders free ventilation of ideas and thoughts, including political opinions, thereby strengthening democratic participations. Above all, Freedom of expression is indeed required for self-fulfilment and development- this therefore explains why Section 39 of the 1999 Constitution provides for the right to be enjoyed without interference.

Interference however may be in a number of forms including statutory interference which includes provision of “Criminal Defamation” as provided for in Section 375 of the Criminal Code Act, 2004. It is a known fact that defamation exists under civil law and remedies are offered to damage done to a person’s reputation by a defamatory matter, in terms of monetary damages, specific performances and injunctive reliefs.

However, criminal defamation by its nature essentially seeks to punish the accused person without necessarily offering any compensation to the defamed person, financial or otherwise. Critically, criminal defamation creates a chilling or stifling effect on Freedom of Expression and in deed, an interference! The mere existence of this offence is not only generally cancerous to democracy but specifically discourages the publication or expression of the truth about the acts of governments, their officials and some other bigwigs in the society.

In response to this age-long “statutory cancer” a Lagos-based legal practitioner, Solomon Okedara on Tuesday 23rd January, 2018 filed a suit at the Federal High Court sitting in Ikoyi, Lagos asking the court to declare Section 375 of the Criminal Code Act, 2004 which provides for the offence of criminal defamation unconstitutional, null and void.

Okedara in his affidavit in support of his Originating Summons in the suit numbered FHC/L/CS/93/18 deposed that “the existence of Criminal Defamation is antithetical to democratic ideals in any democratic society anywhere in the world and that is the very reason the United Kingdom, Ghana, Mexico, Jamaica, Norway, Sri Lanka, Ukraine, Georgia, Montenegro, Antigua and Barbuda, Bosnia and Herzegovina, FYROM/Macedonia, New Zealand among others have abolished criminal defamation and several other countries are working hard to abolish same”.

According to the applicant, unless the reliefs sought in the suit action are granted, his fundamental right to Freedom of Expression stands a risk of infringement and that of many other Nigerians will be perpetually infringed upon. The 2017 Global Research Fellow of International Center for Not for profit Law (ICNL), Washington DC, had in 2017 challenged the constitutionality of Section 24 (1) of the Cybercrime Act, 2015 and urged the court to declare the said section unconstitutional, null and void for allegedly infringing upon Freedom of Expression of Nigerians in the suit numbered FHC/L/CS/937/17.
Posted by PublicInformationProjects at 08:54