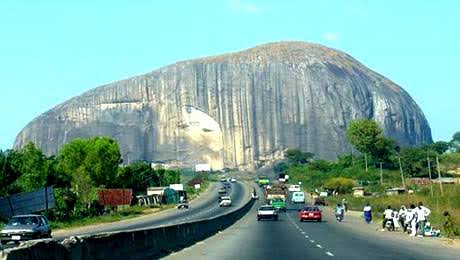 Nigeria has emerged the host country for the 2018 African Export-Import Bank (Afreximbank) Annual Meetings (AAM2018) and 25th Anniversary celebrations scheduled to take place from 9 to 14 July, the Bank announced today in Cairo.

Kemi Adeosun, Minister of Finance of Nigeria, conveyed the country’s readiness to host the event in a recent letter to the Bank in which she stated that the Government and people of Nigeria felt highly honoured at being considered to host the meetings and anniversary.

The two events will be held at the Transcorp Hilton Hotel in Abuja and will feature a series of seminars exploring various aspects of trade and economic development and looking at the transformation of African economies through trade. There will also be the meeting of the Afreximbank Advisory Group on Trade Finance and Export Development in Africa.

Other activities include an investment forum hosted by the Nigerian Government, a trade exhibition, and formal celebratory activities marking the Bank’s 25th Anniversary. The events will conclude with the Annual General Meeting of Shareholders of the Bank.

To kick off preparations for AAM2018 and the anniversary celebrations, an Afreximbank delegation led by Dr. George Elombi, Executive Vice President (Governance, Corporate and Legal Services), traveled to Abuja from 31 January to 3 February for meetings with the Minister and her team and to inspect the facilities to be used.

During the meeting with the Minister, she reiterated Nigeria’s readiness to provide all the necessary support to ensure the success of AAM2018 and the anniversary celebrations.

Earlier, Dr. Elombi noted that holding AAM2018 and the anniversary celebrations in Nigeria was like a homecoming for Afreximbank, given that the first Annual General Meeting of the Bank had been held in the country and that Nigeria played a significant role in the establishment of the Bank.

He also pointed out that the Nigeria accounted for a significant portion of the Bank’s business, with critical financing support extended to many Nigerian corporates and entities.

Several serving and former African Presidents and heads of state, as well as many high-profile political and business leaders, are expected to attend the events where they will be joined by the shareholders of the Bank and other stakeholders.