Article: insecurity And The Clamour For State Police 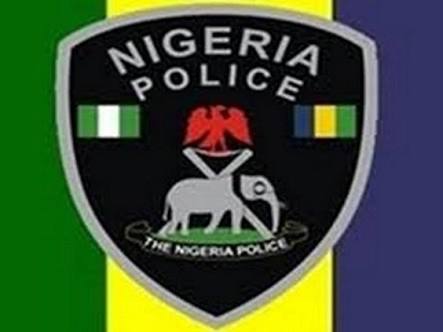 Whenever the question of restructuring and devolution of powers have been raised by the contending factions and fractions of Nigeria’s prodigal ruling class, one of the issues that have always been brought to the fore is that of State Police, alongside that of fiscal federalism.


And as always, these issues like the parent concepts of Restructuring and Devolution of powers are simply thrown and bandied around without content, without reflection, and I dare say without any sense of responsibility.

Just as we had challenged them to come up with programs of action on how to restructure Nigeria and achieve devolution of powers; we are equally duty bound now to once again throw up the challenge to ask them to provide content. For as we have often repeated, slogans cannot be negotiated, only programs can be discussed and negotiated.

From a careful and critical analysis of the various responses given by different fractions of the ruling class to the challenge to provide concrete programs on restructuring; it is now very clear that no serious, deep and reflective thought had been given to the issue beyond sloganeering as a weapon to negotiate access to power once any fraction finds itself excluded from power, and particularly loss of access to the platform where the spoils of office are shared.

Let me make a clarification from the onset, I am not dismissing the need for restructuring or devolution of powers, I am only laying bare the hollowness of the proposals that have been made by the most strident proponents, while also exposing the insincerity of those making the calls.

I have written extensively previously on both the critical assessment of those proposals, as well as on my own understanding and proposals for restructuring.

However, let us get back to the currently trending issue of the need for state police, and the arguments for and against it.

Now against the backdrop of rising wave of spiralling insecurity across the country, with the intensification of the Herders/Farmers conflicts; the increasing frequency of kidnapping and abductions of school pupils, by both insurgents and pirates; and general worsening levels of crime; the calls for overhaul of the security architecture, and along with this, the call for State police have been gaining in stridency and urgency.

But what exactly does it mean to have state police established across the states, which are at present the constituent units of our federation? What will this process entail? What are the likely challenges/ And how might these be mitigated and or prevented?

To have state police services established across the country will require a number of foundational things; including primarily the amendment of Chapter VI, Part III, B, Sections 214, 215, & 216 of the 1999 constitution of the Federal Republic of Nigeria as amended. Which deals the establishment of the Nigeria Police as the only Police Force for the Federation of Nigeria.

Consequent upon this amendment, there will then be the need to amend the Nigeria Police Act establishing the Nigeria Police; while each of the states of the federation through their state Houses of Assembly will then have to enact laws for the establishment of their own respective police services.

But even before they will be able to do this, Internal Security will also have to be moved from the Exclusive Legislative List of the Federation to the Concurrent list, to enable State Houses of Assembly [SHAs] to legislate on the establishment of their own respective police services.

This movement from exclusive to concurrent list will require the prior amendment of Schedule, Parts I & II of the 1999 CFRN as amended.
Now these are the foundational things that are required, and any one serious about establishment of state police will have to develop a schedule and plan of action for a legislative agenda to make this happen.

There are however, other secondary, but equally very important issues that require to be addressed. Without ensuring the affirmation of universal citizenship by Residency as already provided for by the 1999CFRN as amended in  Chapter Two, Section 15, subsection 3, b [which makes it obligatory for the state to protect residency rights of all Nigerians wherever they may be living in Nigeria];, as well as the provisions of Chapter Three of the same constitution on Citizenship; without the affirmation and guarantee of these constitutional rights of citizens; how might recruitment into a state police service be undertaken? On the basis of citizenship, including residency, or on the basis of that obnoxious intrusion into our polity and constitution, Indigenship?

Will the criteria for applying to serve in these state police services be based on that particular state being your state of origin or your state of residence?

Because if we do not resolve this issue, any state police thus established will simply become subject of abuse, and will eventually become something of an ethnic police, or more accurately, an armed ethnic militia. And you can then imagine in states with numerous ethnic nationalities; or even in states where numerous subgroups of the same ethnic nationalit exist, what would become of the state police with such skewed criteria for recruitment.

The next issue deals with the question of mandate and delineation of area of jurisdiction. What will be the relationship between the state police services and the Federal Police? Or between the state police service of one state, and that of another state in cases where they are dealing with and investigating crimes across multiple jurisdictions and state borders; or even in cases where there are boundary disputes between adjoining states?

One implication of these is that what will amount to state and federal jurisdictions with respect to crimes will have to be very clearly spelt out. For instance, it may require that distinctions be made between Federal and state crimes; with federal crimes being crimes designated by Federal laws, over which the Federal authorities can legislate; while state crimes will be crimes designated by state laws over which state authorities have legislative powers.

Another inherent implication is that the prisons and correctional system will also have to be reformed. Will the state police prosecuting state crimes, through state courts, have a state court upon conviction sentence a criminal to serve their prison terms in the Federal prisons system? Wouldn’t it be logical for states to then also have their own prisons and correctional facilities systems in place?

There is also a third inherent implication which is around the question of coordination and synergy – vertical as well as horizontal - between and among the different levels of policing across the country. There will almost always certainly be a need for the Federal police to collaborate and coordinate with the state police even where because of jurisdiction they have the lead. This is because even Federal crimes committed within the borders of Nigeria will most likely be committed within state territories, hence the need to have some sort of coordination and synergy between federal and state police.

So evidently there will be a huge potential challenge with delineation of mandate and jurisdictions, as well as with the consequent necessity for coordination, collaboration and synergy.

This is why we have always insisted that restructuring is a package of integrated reforms that needs to be undertaken together. You can neither cherry pick, nor be hollow about the demands.

To conclude, the question of establishing state police requires constitutional and legislative reforms; as well as a comprehensive reform of the entire justice system, from law enforcement, to the judiciary and adjudication, through to the prisons subsectors.

And this fundamental comprehensive reform package will not only require a new fiscal arrangement, a new assertion and protection of universal citizenship, but also the necessity to have both legislative and judicial autonomies at state level guaranteed, as a means to ensure robust oversight and discourage abuse.

Additionally, citizen oversight and complaints structures will have to be established as part of the new internal security architecture.

The reform of governance in general, that will lead to the establishment of democratic self-government institutions at community levels will enable communities to have oversight functions, and enable community security vigilance groups to become formalised and integrated with the formal policing processes of the State and Federal police services. This act will give fillip to community policing as the methodological approach to policing by both federal and state policing authorities and services.

The foregoing again further reinforces the point we have made earlier that restructuring is a package of integrated reforms, that in our case are very radical, and will represent a fundamentally new approach to internal security processes and policing processes.

Without this level of deep understanding, and thus a consequent deep level of seriousness in approaching the matter, we would merely by laying the foundations for greater crisis that will be much more detrimental to and undermining of national cohesion and stability than any of the current challenges we are facing.

(Gaskia is convener of take back Nigeria [TBN] Movemet and a 2019 presidential aspirant)
Posted by PublicInformationProjects at 00:41