Special Report: New Funding For African Countries From The U.S. State Department And The U.S. Agency For International Development, Others 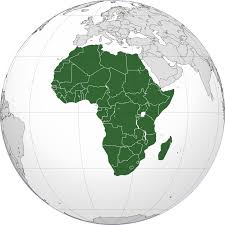 Today, U.S. Secretary of State Rex Tillerson announced nearly $533 million in humanitarian assistance for the people of Ethiopia, Somalia, South Sudan, and Nigeria, as well as countries in the Lake Chad region, where millions are facing life-threatening food insecurity and malnutrition as a result of ongoing conflict or prolonged drought. While humanitarian aid is truly life-saving, this assistance will not solve these crises, most of which are largely manmade.

With this new funding from the State Department and the U.S. Agency for International Development, the United States is providing emergency food and nutrition assistance to help vulnerable populations, including tens of thousands of tons of in-kind food aid. Additionally, the funding supports safe drinking water programs, emergency health care and hygiene programs to treat and prevent the spread of disease, and reunification of families separated by conflict. This assistance also includes life-saving medical supplies, improved sanitation, and emergency shelter, and prioritizes programs that protect vulnerable groups.

In the Lake Chad region and South Sudan, years of conflict have led to acute food insecurity. In Somalia, ongoing violence has exacerbated the humanitarian impacts of severe and protracted drought. In Ethiopia, continued drought has worsened an already dire food security situation. A swift influx of U.S. assistance, along with that of other donors, is helping improve humanitarian conditions in all of these countries. But ultimately it is up to the leaders in these countries, particularly in South Sudan, to stop the violence and put the welfare of their citizens at the forefront of their actions. Millions will continue to be at risk as long as parties to these conflicts continue to engage in violence. The United States calls on all parties to allow aid workers safe and unhindered access to help communities in need.

The United States is the largest donor of humanitarian assistance for these crises in Africa, providing nearly $3 billion since the beginning of Fiscal Year 2017. We commend the humanitarian contributions made by all donors, and encourage additional contributions to meet growing needs.
Posted by PublicInformationProjects at 14:59