News Release: Over $302b (N66.7t) Squandered & Siphoned By Nigeria’s Federal Political Criminals Since 2003 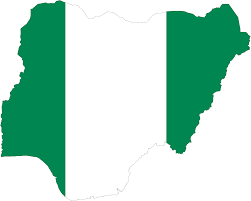 The Federal Government of Nigeria, representing the Federal Republic of Nigeria and its 389 ethnic nationalities dominated by three major tribes of Igbo, Hausa-Fulani and Yoruba and two dominant religions of Christianity and Islam; had been held by jugulars and retrogressively in the past 16years or since 2003 by federal political criminals masquerading as “certain elected and appointed top public office holders of the Federal Government of Nigeria”.


The federal political criminals had since 2003 budgeted, squandered and siphoned over $302billion or N66.7trillion using fraudulent or dishonest party politics and promotion of ethno-religious divisions and sentiments.

Also from our national investigation carried out in February 2016 and updated in this report, all the component units of the Federal Republic of Nigeria comprising Federal Government, 36 States and the FCT and 774 Local Government Areas had in the past 16 years or since 2003 budgeted and spent a total of $724b or N140.8t without anything concrete to show for it. From 2003 to 2016, the last official exchange rate of N197 per $S was used while the present official exchange of N305 per $S was applied in calculating those of 2017 and 2018. Through budget, all expenditures of the Federal Government and its sub-national counterparts is captured including borrowings, federation account receipts, grants, internally generated revenues, etc.

Shockingly, out of the whopping sum of $302b or N66.7t budgeted, squandered and siphoned by said political criminals of the Federal Government since 2003; less than 30% or $90.6b (N19t) was budgeted for capital expenditures or for provision of good governance and public good for the entire population of 182m (NPC estimates May 2017), while the recurrent expenditures (running costs of government and remunerations of 608, 926 public servants of the Federal Government) incurred the remaining staggering balance of $211.4b (N47t) or over 70% of the entire budgets.

The 608,926 public servants of the Federal Government merely constitute about 0.35% of the entire population of 182m. In other words, less than 700,000 citizens (in addition to shut out 80,115 so called “ghost police officers”) have consistently accounted for over 70% of the country’s federal budgets since 2003 leaving the remaining population of over 180m in penury, acute backwardness and under-development.

Use of 2003 for this report clearly indicates the year of escalation of public thievery in the country and consolidation and intensification of its perpetrators in Nigeria’s public governance sector.

Through the entrenched conspiracy of the federal executives and lawmakers numbering only 941, public funds conventionally meant for the transformation of the country especially its critical sectors, are squandered and siphoned through open source and codified corruption. It is now common place for existing laws such as cited above, to be stood down for mere appropriation Acts and use of them to jerk up or introduce strange and obnoxious allocations to lawmakers and federal executives. The appropriation Act engineered lootings of the treasury are glaringly perpetrated and perpetuated through inflated or over-bloated running costs or overheads and multiplicity of allowances.

A clear case in point was the self allocation of jumbo allowances of N13m and N12m per month as legislative running costs whereas the top public office holders amended Act of 2008 clearly fixed such at relatively over N1m per month. The national leadership of the organized labour is also part of the conspiracy by always pretending to be advocating for the welfare of all Nigerians; whereas evidence shows the contrary. Once an increase in their remunerations is negotiated, the rest is history.

For the avoidance of doubt, by the provisions of “Salaries & Allowances for Certain Top Public Office Holders Act of the Federation 2002 (amended in 2008)”; there are a total of 17,500 top public office holders in Nigeria, out of which there are 1,083 statutorily recognized top elective and appointive public offices at the Federal level. They are specifically composed of 469 federal legislators, 142 federal judicial officers or judges of the federal courts and 472 federal top executives including president and vice president and others not below the posts of special advisers. The latter are located in the presidency (including offices of president and vice president and cabinet ministers) as well as offices of senate president and speaker of house of reps, etc.

At the State level, the Act recognizes 4,608 State executives, judicial officers and lawmakers including governors and deputy governors, speakers and deputy speakers. In others words, there are 1,152 State lawmakers, 2,664 State executives not below the posts of special advisers and 792 State judicial officers or judges of State courts. At the country’s 774 Local Government Areas (LGAs), the Act recognizes 11,788 top LGA office holders including 3,096 LGA executives and 8, 692 LGA councillors.

That is to say that the total number of the country’s top public office holders in its three tiers of government of Federal, States and FCT and 774 LGAs is 17,474 or approximately 17,500.

The Act captures all the salaries and allowances of the said 17,500 top public office holders and mandates the country’s Revenue Mobilization, Allocation and Fiscal Commission as well as the Salaries & Wages Commission to ensure steady implementation, enforcement and compliance with its provisions.

By the recent report of the Federal Minister of Finance, Mrs Kemi Adeosun, the total staff or public service strength of the Federal Government of Nigeria is 607, 843; comprising 291, 685 police officers and 316, 158 staff of 469 Ministries, Departments and Agencies or MDAs including 90,000 federal civil servants, 100, 822 members of the paramilitary organizations (i.e. Custom, Prisons, Immigration, Security & Civil Defense Corps, Fire Service and Federal Road Safety Corps) and 120, 000 members of the Armed Forces (army, navy, air force, SSS and NIA).

Our decision to constructively redirect the attention of all Nigerians from ongoing naked display of shamelessness by two umbrellas of corruption in Nigeria called “ APC” and “PDP” is to open their eyes and probing mindsets especially against the backdrop of the fact that Nigeria had been irreparably afflicted by the same  political  criminals masquerading as “ top public office holders in Nigeria” since 2003; using and camouflaging under leprous party politics and names; prostituting and running riot on Nigerians using various political forums and names. Their latest shamelessness borders on “who had out-looted or who out-loots the other from the country’s public treasury”.

It is an irrefutable fact that Nigeria’s political criminals are like butterflies perching around any government in power nationally and sub-nationally. It is also a fact that 99.5% of serving or ex public office holders in Nigeria especially since 2003 are living far above their legitimate incomes; with many, if not most owning and singlehandedly funding or setting up shipping companies, private universities, oil and gas companies, student hostels, faculty buildings, hotels, equity shares, multimillion dollar private houses, private jets, aviation industries, stashed cash in foreign currencies, etc. These political criminals are not restricted to particular sections of Nigeria or political party. They spread across Nigeria and can be found in Lagos, Abuja, Port Harcourt, Owerri, Enugu, Kaduna, Kano, Sokoto, Maiduguri, Awka, Jos, Oshogbo, Ibadan, Yola, Calabar, etc.

Those who ought to be military, police and custom pensioners or recipients of pensions, gratuities or monthly allowances as past public office holders have become stupendously and criminally  rich that they are now sole owners of multi billion naira private universities and private and commercial jets, oil and gas companies, etc. Those who had little or nothing before venturing into public governance less than twenty years ago are today multi billionaires. Through the processes of looting, re-looting and criminal codifications; funds meant for good governance and public good are caused to disappear from public coffers and resurface as “private assets and investments”.

A good number of mainstream media particularly print and television/radio stations in Nigeria are offshoots of looted funds; yet they have the effrontery to organize panellists for discussions bordering on corruption, public decency and morality as well as “annual merit awards for excellence”. A good number of lawyers and rights CSO activists are also beneficiaries of proceeds of public theft in Nigeria; yet they still shamelessly go about pretending to be more catholic than the Pope.

It therefore pains and saddens our heart that Nigeria has been pushed to the nadir of socio-economic morass and irreversibility by its entrenched political criminals. It is a truism that apart from permanent solutions to the country’s chronic communications problems found in early 2000s by the Obasanjo Administration as well as the exit of the country from the globally embarrassing status of “highly indebted poor country”, nothing tangible; with regional and international comparism and edification had been on the ground in the country’s governance since 2007 when his Administration ended.

It saddens us the more that whatever feat put in place in the country as democracy dividends has been irretrievably upturned by the present crop of political criminals manning the country; to the extent that the country has become last of the last in most, if not all parameters of public governance across the world. The country as it is today can never in any way compete triumphantly with the likes of South Korea, Malaysia, Indonesia, Singapore, Taiwan, Bahrain, Qatar, Oman, Brunei, Saudi Arabia, United Arab Emirates, Iran, Brazil, Argentina, Philippines; not to talk of China and India.

Finally, we call on all Nigerians to refuse to be distracted by the country’s two umbrellas of corruption. Public governance is too important to be turned into an arena of diversion, distraction and deceit. As the country had been held by jugulars by its political criminals operating through the umbrellas of APC and PDP, these political criminals must be upturned and held by jugulars by Nigerians too.

The two umbrellas of corruption holding sway at the federal level in the form of “federal ruling and federal opposition parties” as well as States or sub-national entities where they hold sway; must explain to Nigerians the whereabouts of whopping sum of $302b or N66.7t budgeted and spent by the Federal Government of Nigeria since 2003. They must also tell Nigerians why the country is still acutely lagging behind its peers and juniors of the 60s and the 70s especially the likes of South Korea, Malaysia, Indonesia, Singapore, Taiwan, Bahrain, Qatar, Oman, Brunei, Saudi Arabia, United Arab Emirates, Iran, Brazil, Argentina, Philippines; not to talk of China and India.