News Release: Call For National Day Of Mourning And Remembrance In Nigeria 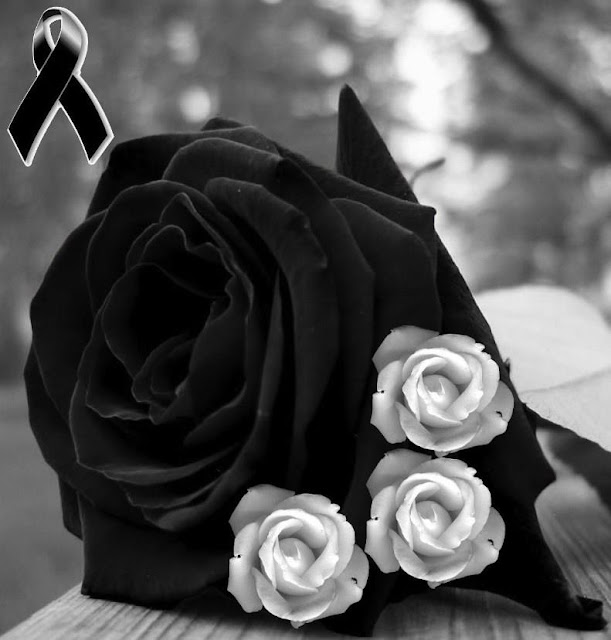 The level of impunity and frequency of violent killings in Nigeria in recent times is a source of grave concern to citizens and all people who wish our country well.  Even with the suppression of information on these killings, it is quite clear that the toll of killings has risen dramatically in recent times. From Abia to Zamfara, Nigerians wake up daily to fresh news of mass atrocities which are barely acknowledged by government and a vast majority of fellow citizens.  This is an anomaly that must end.
The African Centre for Strategic Studies (ACSS) estimates that over 60,000 persons were killed in Nigeria’s Middle Belt between 2001 and 2016.


In the first 70 days of 2018, over 1,400 persons were killed violently across the country, an average of nearly 40 per state and the Federal Capital Territory.

Extra-judicial killings of Nigerians in the hands of uniformed services are reported to be in the thousands annually.

In parts of the North-East, Boko Haram continues to terrorise, killing thousands of Nigerians going about their daily livelihoods.

In parts of the North-West, including Southern Kaduna, Birnin-Gwari in Kaduna and much of Zamfara State, vast swathes of ungoverned territory have been taken over by rustlers, bandits and vigilantes whose preferred currency is blood.

The southern states of the country have not been spared in the ongoing bloodletting, as at least 34 out of the 36 states have experienced at least 1 episode of violent killings within the first quarter of 2018.
The internal displacement of millions of Nigerians has become an accepted norm.

As a result of all these, the number of out-of-school children in Nigeria has grown in the past decade from by nearly one-third from about 10 million to over 13 million now.

As a country, we seem to have normalized the violent killings of our own citizens and the pillage of our communities. Reports have reduced human lives lost to mere numbers that are bandied and argued about without thought of properly accounting for them, or according them dignity by naming them.

Politicians who should be interested in currying our ballots are manifestly unconcerned while the citizens they claim to want to serve are killed with machetes, bullets and bayonets. Elected leaders have gone on record to justify these killings, absolve themselves of responsibility, and play down their gravity in one location by claiming that more people have been killed elsewhere, as though each crisis location was competing with the other for casualties.

Never since the civil war have we been this divided. Our leaders have fueled the embers of mistrust ascribing their failure to protect lives and property to ill-founded narratives of ethnic, partisan, and religious mischief. Rather than demand for accountability and responsible leadership, citizens have been incited to turn on one another; instead of acknowledging and being united by the fact that we are all victimized by all of these, citizens and communities seem to be in a race to prove who has suffered more from the killings.

As citizens and advocates, we demand that this dehumanization of Nigerian lives must stop. If our politicians are not going to provide leadership in addressing it, then we have a duty to say enough-is-enough! As citizens and neighbours, we are all we have.

To make this point, we have come together to establish the Civil Society Joint Nigeria Crisis Action Committee (JN-CAC) to launch the #NationalDayOfMourning, as a set of activities for remembrance, solidarity and awakening to the challenges we must now confront in unity. The National Day of Mourning and Remembrance is scheduled for May 28, 2018 and will be marked by a series of symbolic actions listed below:

Mourning at Unity Fountain, Abuja: as a sign of our collective mourning, citizens will organize and hold solemn assemblies and “Say their names” ceremonies across the country.

Humanitarian Convoy to Sites of Mass Killings & Displacement: We will from May 28th commence the dispatch of citizen-led humanitarian convoys to sites of mass killings and displacements across the country. We will call on the Nigerian government and its agencies to provide protection to these convoys and will enlist the communities through and to whom we will be going to defend the rights of Nigerians to show solidarity with one another.

Black: We invite all Nigerians to wear black on May 28, or at least a black arm band, or black ribbons as a symbol of solidarity. For citizens with media access, we invite them to utilize commemorative social network frames, or place black bands at the base of their medium (including websites) in solidarity. Our hashtags are: #NigeriaMourns

#OneDeathTooMany #WeAreAllWeHave #NationalDayOfMourning. For media houses, who form the fourth estate in this democracy, we invite them to have a running ticker of any hashtag on their screen throughout the day and on the front page of their newspapers.

Half-mast flags: We invite all corporate entities, and the government to fly their flags at half-mast for the entire day.

Silence: We invite all Nigerians to observe a minute of silence at noon on May 28. Where they cannot be part of a ceremony, to stand in front of their homes, businesses, cars and be silent for a minute. For markets, to stop all trading activities for 5 minutes and ring a bell for the departed. We request radio and TV stations to observe the silence and advocate for their audiences to do the same. We ask for groups, schools and other institutions to hold solemn assemblies at about 11:45 am and observe a minute silence at noon.

Register of the Killed: We will be opening up a register of all persons killed in this violence for proper acknowledgement. We are working to establish minimum protocols for verification of identity and of mortality. The register, hopefully, will be digitally accessible.

International Solidarity and Advocacy: We are not alone in this. Our fellow citizens in the Diaspora, and the international community mean well for us, and have patiently waited on us to take ownership of our narrative. We are doing so. We therefore invite them to in solidarity undertake any of the listed symbolic actions in commemoration of our National Day of Mourning. Beyond the Nigerian Diaspora, we are outreaching the international community. No one anywhere can afford to stand by in the face of the kind of atrocities happening in Nigeria.

Our intention is that through these actions, we as a nation will rekindle our sense of unity by reminding ourselves that we are in this together, and that the office of the citizen is the most powerful office that can be occupied in this country.

We hope that our collective actions will console grieving communities across the country as we acknowledge and accord dignity to every single Nigerian life that has been lost, or disrupted due to these violent crises.
We seek to stir the conscience of our political class into developing the political will to protect our commonwealth through accountable governance. Most importantly, to read the riot act that we as citizens have reached an end in our docility and will no longer tolerate the narratives that seek to divide us.

For Co-Ordinating Committee of the JN-CAC
Posted by PublicInformationProjects at 13:17