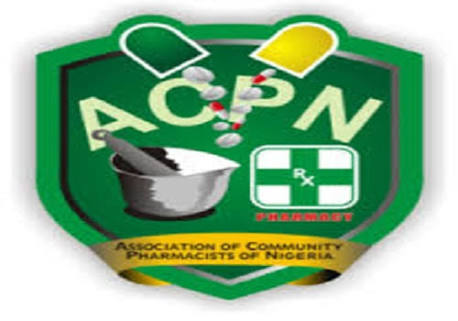 That men consent to be governed not elect to be ruled is enough reason for constitutional and participatory democracy for professional excellence – and done right, it brings about politics without bitterness, promoting issue based campaigns for responsible leadership and good followership. But this is not the case with the Association of Community Pharmacists of Nigeria (ACPN) EDO 2018 elections as realities on ground had once again brought out our true characters and the things we hold dear regardless of what we profess along with the slogan: “As men of honour we join hands”!

Prior to the release of the election time table, there were insinuations that the electioneering process at its best will not be democratic – and subsequent events confirmed the speculations. The intrigues and permutations of “dirty politics” were much at play, reactivating our culture of disqualification followed with subtle lobby and threats that made room for renouncement and withdrawal of candidacy.
Like the animal that eats its young ones, by commission not omission, some of our best are somehow being excluded and eliminated from the corridors of power by those who enjoy the monopoly of power game, citing a constitutional clause that is at its best vague as the reason. And such disqualifications often attract more condemnations than commendations and justification by independent minded individuals that see injustice against one as injustice against all. Beside the emotional and psychological effects, every disqualification almost always threatens the unity of the association, weakening her foundation with a big question mark on the true essence of her existence.
From the above premise, of the elective positions this year, only two are being keenly contested for – the national publicity secretary and the national chairman.
The campaign has been everything - good, bad and ugly - laced with creativity, innovations, arrogance, maturity and all sorts of statements including attacks and counter attacks, propaganda and outright lies by the politicians and political contractors in different ways, educating, informing and entertaining us, soliciting for votes, marketing themselves and protecting their interests while de-marketing their opponents and pulling them down – the common feature of Nigeria politics. Whatever the case, winners will emerge on 6 July 2018 and a new government will be in place.
Playing this professional politics is among other things the beauty of democracy amidst complex professionalism for the ultimate good of mankind. It brought out our differences to harness our unity.
One of the highlights of this year’s campaign is the fact there is a wholesome consensus that the current constitution must be reviewed in line with constitutional democracy for professionalism – and this amendment will be a primacy of the next administration. This must be commended because it is only equal law that protects equal rights.
With sincere consciousness, resources of wisdom, of virtue and of zeal, we can unite in common efforts for the common good of all. Yes, when we understand the nature of human existence with the priceless belief that nothing last forever; when we appreciate the fact that despite our wishes, aspirations, plans and actions, change remains constant, we will be more humane and toe the path of justice, equity and fairplay. Thus regardless of differences of opinion and principle, we should resolve to do things for the corporate advantage of the profession and unity of the professionals.
Let there be equal and exact justice to all members, entangling unholy alliance with no one. Let’s talk more of the things that unite us and less of the ones that separate us. Let’s sharpen our mindsets and broaden the political space that there will be healthy competition for absolute advancement. With this, the preservation of our individual rights as members of the association would be reinforced and made to be functional - and paramount amongst these rights is a jealous care of the right of election by the members which in summary is the right to vote and be voted for without fear or favour.
In the words of Thomas Jefferson, “Let us restore social intercourse that harmony and affection without which liberty and even life itself are but cheary things.” Let our greatest privilege as pharmacists and more as human beings be the crave to be instrumental to the freedom of all – and together, we will build the pharmacy profession, the association and the society of our collective aspiration.
Posted by PublicInformationProjects at 14:11