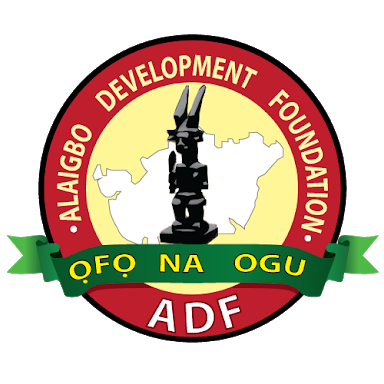 With deep sense of shock and indignation, the Alaigbo Development Foundation (ADF) hereby expresses her unreserved and unequivocal condemnation of the recent killings in villages in Barkin Ladi, Riyom, Mangu and Jos South Local Government Areas of Plateau State. These senseless attacks by Fulani herdsmen on innocent communities which occurred over the weekend of Saturday 22nd June 2018 are not only painful but a disgraceful indication and indictment of the lawless and stateless society that Nigeria is fast dangerously descending into.


Beholding the gory images of dead bodies piled one on top of the other as the outcome of the dastardly act, and calling to mind that this is no new phenomenon but simply the latest sad installment of what is fast becoming a regular killing spree, one is driven to sheer consternation over both the inhumane barbarism of the perpetrators as well as the complacency, or perhaps even complicity, of current Nigerian authorities with regards to the Fulani herdsmen menace. Just how many more lives and property have to be lost before the Buhari-led administration gets to deal with these herdsmen for the terrorists and murderers that they are? Just how long before the official security apparatus of the Nigerian State get to bolster its resources and dish out the appropriate response to quell the threat and guarantee protection to the valuable lives and hard-earned property of Nigerian citizens?

Equally disturbing is the dangerous narrative of herdsmen-farmers clashes that is being touted and promoted about the place to the deception and distraction of Nigerian and the international community. This characterization of herdsmen-farmer conflict is nothing short of a cynical and mischievous misrepresentation of the real state of affairs as devised by a dishonest propaganda machine to distort reality and divert attention from the gruesome one-sided creeping ethnic-cleansing with unmistakable potentials of snow-balling into a full-scale genocide if swift intervention is not marshalled out to check-mate its course. To cite herdsmen-farmers clashes is to suggest two disparate communities engaged in mutual conflict, with occasional or aggregate gains and losses recorded at both ends, but this is far from the true picture manifesting on the ground.

What is actually playing out in several communities across especially the North-Central of Nigeria is clearly a case of insurgency, of one group, namely, the militant Fulani herdsmen, engaged in a sinister agenda to invade the land, terrorize, and exterminate a host of other peoples for purposes of power and domination. The phenomenon should be labelled for what it is: insurgency, land-grabbing, and creeping genocide.

ADF therefore reiterates its condemnation of these developments. They smirk of an unacceptable arrogant violation of the fundamental human rights of any and every citizen of the country. For one group to embark on the use of force, violence and threat to life in order to seize and control the ancestral lands of indigenous communities and seek to lord over an entire sovereign country of free peoples like it were their God-given local fiefdom, must be resisted by every means possible.

The Government upon which Nigerian citizens repose their trust must show responsibility and efficiency in rising to the occasion in arresting this threat, and by this is meant a rapid upgrading, mobilization and deployment of a host of security machinery to several sensitive locations across the country.

If indeed as it appears the present Federal Administration is either incapable pr unwilling to put an end to the current state of anarchy and destruction of innocent lives, it should do the needful, namely, resign and allow the people to elect another capable Government in its place.

We hereby call on the Governors of the states, as chief security officers of their respective states, charged with protection of lives and property to demonstrate sincere courageous initiative and take serious security measures in tackling the problem and protecting the people and their ancestral land and property.

It has become necessary and urgent for the establishment of Community Joint-task forces or armed Homeland Security Task Forces to enable the people to defend themselves. The undeniable truth is that all hands must be on deck and every means possible must be applied at such a critical junction where it is becoming more and more obvious that apathy or complacency would prove nothing else but continue to provide opportunity for the insurgents to continue their bloody jihad against the people,

Finally, ADF wishes to utilize this opportunity to issue a call for the rejection of the idea of open grazing or seizure of the peoples ancestral lands and awarding them to the insurgents as being promoted by the current Buhari-led federal government administration. It is, without any sarcasm, an open invitation to disaster which only the politically naïve would accept. Either scheme is a no-no, it presents no honest or realistic solution to the so-called herdsmen-farmer conflict, but only an open field for the promotion of the victorious march of insurgent herdsmen (and their alleged foreign mercenaries), and therefore the various states listed to provide land for the implementation of the program need to proactively put up a spirited resistance against it.

ADF expresses its heartfelt condolences to the families and friends of all those who lost their lives in this recent Plateau massacre, and we pray God Almighty grant peaceful rest to the souls of the victims. May we all be vigilant and sincere enough to see and fight against evil for what it is and where ever it rears its deadly heads.