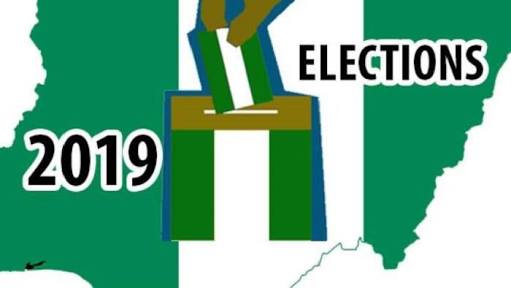 For days now, I have been ruminating on what can be the appropriate title for the issues I want to address in this write up. I do not think I have been very successful in finding one.


Nevertheless, with or without an appropriate title, the issues are there, they are real, and they are unfolding before our very eyes, in real-time.

In the last couple of months, the Nigerian ruling class panicked by the crass incompetence and grave failures of the current administration, has gone into a frenzied excursion aimed at realignment of their forces. This frenzied search was given some life when the talk of a ‘’Third Force’’ movement began to make its rounds through the national polity. This initial thrust found material reality in the Nigeria Intervention Movement [NIM].

This movement to cobble a ‘’Third Force’’ together was given a boost with the intervention of OBJ through His open letter to the current regime, denouncing their performance in office, and his subsequent call for the formation of a Coalition for Nigeria Movement [CNM].

Thus, with the emergence of CNM, there began a jostle for the strategic positioning to become the Real Third Force, even though membership and even certain levels of leadership of the claimants in many instances appear to be quite fluid and meshed. The implication being that there were quite a number of persons who held membership, and even leadership positions across the contending Third Force Movements.

The panicky induced confusion in the ranks of ruling class elements, including a significant section of the middle class, is what has culminated into the agreement and signing of an MoU to establish the alliance now called; ‘’Coalition Of United Political Parties’’ [CUPP].

But we have been here before, even in the life of the 4th Republic inaugurated since May 1999. Precisely on the road to 2015 general elections we were at a similar juncture, with the ruling class responding in similar manner. There are a number of significant similarities between the factors [push and pull], and the processes leading up to the formation of the APC in 2013 in preparation for 2015.

That situation has once again been replicated on the road to 2019. And just as then towards 2015, they know as a class that they need to find a way to get rid of both the regime and the ruling party in order to relieve the existential threat to their class hegemony and rule.

But in 2013 time was on their hands and so they could actually contemplate the merger of political parties into a single political party in time enough to be prepared to fight the general elections with a United Front of the majority of the Ruling Class factions.

But alas now, they do not have enough time for such a manoeuvre, hence they have settled for the next best, an alliance, in the form of a coalition of parties against the current ruling party.

On the crest of this similarity is also the difference between then and now. The last time around they had enough time to put together a United Front, very unstable and fractious, it is true, but nevertheless, a United Front – the APC. However, this time around, swirling in the midst of more immense pressures, and with not that much time, they are struggling to put together a Ruling Class Alliance of Parties, again unstable, and fractious, but nonetheless an alliance - the CUPP.

And just as they did towards 2015, when they announced the merger and the sharing of positions before even beginning to reflect on a common program or manifesto [recall that the APC Manifesto and constitution came after the merger]; they have also now, on the way to 2019 announced an Alliance, without a manifesto, without a shared program, and without rules and regulations to manage the alliance. What is more? Just as with the APC, the CUPP has also announced the principles that will guide their sharing formula for positions.

Again, the similarity also contains an element of difference. The agreement to which all the Party Chairpersons appended their signature, which was never discussed with their respective Party organs, contains some outlines of some guiding principles, even if these principles are superfluous, and ambiguous.

This is important because without addressing the question of universal citizenship based on residency, a state or regional police will be nothing other than an ethnic militia, pure and simple.

There are other issues around having a state police, this includes questions of a total restructuring of the justice sector as well. A state police will primarily enforce state laws through a state judiciary, along with a state correctional facility or prisons system.

And there are issues of coordination when multiple jurisdictions are involved in the prevention, investigation, prosecution of a crime that has crossed several state borders for instance.

One example will suffice. In the context of the current frenzied clamour for state police, there is now a bill before the House Of Reps [HoR]. But this bill does not touch on any of the issues raised here. And with respect to constitutional amendment it seeks to move only one item, Security, from the exclusive to the concurrent legislative list. However, there are at least between 10 to 14 items including prisons, taxation, business incorporation among others that require to be moved from the Exclusive to the Concurrent Legislative list.

Let us go back to the similarities and differences. On the road to 2015, there were elements of the progressive middle class and social activists who participated in the processes towards the emergence of the APC as the United Front of the Ruling Class.

Again, on the way to 2019, there are also many elements of the progressive middle class as well as social activists and their formations that are playing a role with, and aligning themselves with the emergence of this Popular Front of the Ruling Class, the CUPP.

The significant question to ask, and the concern that drives me, and this is directed at ordinary citizens, the victims of the class misrule of the ruling class, and the radical social forces and formations, is what lessons, if any have we learnt from our history? What lessons did we learn from the processes towards 2015 – the implosion of the PDP and the emergence of the APC? How are we utilising those lessons in terms of our strategic position in the contest for political power, in this new period of the unravelling of the APC consensus, and the Wobbly cobbling together of the CUPP as an attempt to renegotiate a new Ruling Class consensus?

Thus, our battle cry was ‘’Neither PDP NOR APC, BUT WORKERS POWER’’. That analysis and battle cry remains correct today. The historical task as always has been what is the expression of this workers power that we are projecting, and that is seen and perceived by the people as a REAL, and not a VIRTUAL alternative? As practical, and not a spiritual alternative?

We can say, looking back to the period since the January Uprising of 2012, that the Nigerian Ruling Class has been in a state of permanent ferment and crisis, each phase of which has been more severe, and posed more of an existential threat than the previous.

Where does this leave the left, and the project for a radical and left Political Alternative? Our strategic positioning, and strategic discourses and alliance building processes should be oriented towards utilising the political processes towards 2019 and beyond, to make the most from the disarray within the ruling class, exploit the deepening fault lines of the ongoing state of permanent crisis, to chart a pathway towards emergence a Mass, Nationwide Radical, Left, Political Movement of the workers, working peoples and the poor, towards mounting a political and electoral challenge to the ruling class in 2019, and beyond. Such a movement has the potential to become the real political opposition to the ruling class and its various fractions and parties into the foreseeable future.

This is the historical task now confronting us, made even more urgent by the crisis of collective class failure of Ruling Class Leadership and Governance that has equally thrown our nation into an existential crisis, and our people into the throes of a more or less permanent socio-economic and political crisis.

This context is manifest in the fact that regardless of the faction of the ruling class in power, poverty – extreme poverty and unemployment has continued to grow exponentially such that 6 persons go into extreme poverty every minute in Nigeria today. It is also why the state has failed, and public services are no longer being delivered.

In the 2019 general elections, and towards the 2019 elections, we have a duty to pose the question of Workers Power as an alternative in a more practical manner. We have to mount a rigorous political conversation around the purpose of the state and the philosophy that should underlie a responsible and accountable state, and a governance that delivers effective, efficient and quality public services; the type of state and governance that is envisaged in Chapter Two of the 1999 CFRN.

In the recent press release from ASUU, the recent Communique of the JAF Led Political Alternatives Summit; in the recent writings of Edwin Madunagu, in the recent and ongoing efforts to build the SPN, the Take Back Nigeria Movement – an anti-establishment and left formation [TBN], among many others; are enough materials for us to build on and take up this historic task.

(Gaskia is Convener, Take Back Nigeria Movement [TBN] and a 2019 Presidential Aspirant.)
Posted by PublicInformationProjects at 10:24