Article: Some NEMA Must Be Purged Of Contractors Masquerading As Civil Servants 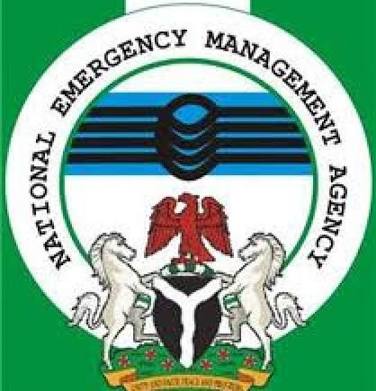 There is no doubt that the formation of National Emergency Management Agency (NEMA) by government was informed by the need to urgently respond to emergency, arising from disaster which could be natural or manmade. Since NEMA is a special agency saddled with the responsibility of catering for people in distress, it is expected that civil servants working in the agency, remain highly disciplined and patriotic in discharge of their duties.

The verification itself showed that civil servants were demanding to be paid huge sums of money allowances etc. Based on recent story, even contractors liability could as well go to the civil servants as the contractors. It could be recalled that the DG of NEMA inherited N2.9 billon according to reports. The reports further said that civil servants were demanding as much as N58 million as Duty Tour Allowance (DTA). The DG even promised to pay genuine claims after verification; this did not go down well with contractors/ civil servants in the agency. In order to hit back at the DG, they instigated strike to poetry the DG as insensitive to the plight of the workers. Although, the Maihaja led- management was able to bring sanity in the agency, by building confidence.

An understanding of genesis of strike in NEMA under Engineer Mustapha Maihaja is better appreciated via the report by Sun newspaper of JUNE 10, 2017, captioned; NEMA staff threaten strike over N665m liabilities, it reads; Management of the National Emergency Management Agency (NEMA) is in a quandary over threats by the staff to embark on industrial action over alleged refusal to settle N665 million liabilities.

The new management also has to contend with staff over redeployment of a top union member as well as about N2.8 billion liabilities, including the N655 million outstanding claims by some staff. But, while workers are demanding wholesale payment of the debt, management is insisting on verification of the claims.

The outstanding claims notwithstanding, NEMA’s chapter of the Association of Senior Civil Servants of Nigeria (ASCSN) is also engaged in a tussle with the management over transfer of Secretary of the Women Commission Member of the Trade Union Congress (TUC), Comrade Shaibu Afusatu, to Lagos. The union demanded reposting of the female staff to NEMA headquarters.

“I inherited liabilities and to all intents and purposes, a chief executive ought to verify all claims which were not paid before he resumed. I am doing exactly that. I have not owed workers salaries since I came on board. Also, I have been paying all the claims of workers of NEMA as and when due, since I resumed in April  2017. “I am not anti-labour but, I am insisting on due process, to verify outstanding claims which I inherited.”On Afusatu’s redeployment, Maihaja insisted he has no anti-labour agenda.

Nigerians can clearly see that the case of NEMA is a titanic fight between a reformer and an established corrupt civil service cabal bent on destroying the agency to have their way. But this situation is not surprising to many Nigerians to say the least; a situation where a level 8, civil servant is demanding N14 million as DTA, what do you expect?

In furtherance of repositioning effort in the agency, NEMA management appeared to have busted a ring of established civil servants/contractors cartel in the agency. According to report, dubious civil servants were busy enjoying themselves at the expense of displaced innocent Nigerians in IDP camps by siphoning the funds meant for their wellbeing. Here is extract from a national daily, of EFCC preliminary findings on corruption allegations this year; Some of the alleged sharp practices uncovered by the EFCC are: whereabouts of N166m out of N285m realised from the commercialisation of NEMA’s air ambulance; alleged short-change of Federal Inland Revenue Service (FIRS) with N354, 900, 105. 24; N238million NEMA cash placed in a fixed deposit  account by a director; interest on a fixed deposit diverted by a director; some directors have about five to 20 accounts; NEMA funds moved into personal accounts of directors; frivolous emoluments claims that were wrongly processed by directors and some officials of the agency;

About N66m out of N280m meant for displaced traditional rulers in the Northeast still unaccounted for; and, the issue of companies incorporated by the officials of NEMA who are public servants is against the Public Service Rules. This is more so as the companies are active and still receiving funds, in some cases from NEMA, curious deposit of suspicious funds in domiciliary accounts of top directors.

The report said: “From the investigation carried out so far, officials could not account for funds transferred from NEMA account to their personal accounts. “Moreover, the funds were being withdrawn in cash and, in some cases, transferred to family members. Also, it was discovered that some of these funds were placed in fixed deposit; both the principal and the interest were withdrawn in cash by the depositor.“Furthermore, “There were frivolous emoluments claims that were wrongly processed by directors and some officials of the agency.

Clearly, the mind bugling revelation shows that before Engineer Mustapha Maihaja took over as the DG, NEMA was cesspool of corruption, actively superintended by civil servants. From the way and manner the indicted civil servants are fighting, it appears they are well organized with a lot of resources at their disposal. First, they misled the National Assembly into believing that due process was not followed in the award of contracts meant to take care of those affected by flood across the country in 2017. They skillfully presented their case to make it look as if they were being victimized because they insisted that due process should be followed in contract award. Secondly, they enlisted the support of equally corrupt media to feed the public with fake news on happening in NEMA under Maihaja’s leadership.

It is very clear that these contractors/civil servants constitute great danger to NEMA humanitarian work. The popular saying that the love of money is the root of all evil is appt here. Perhaps, we should just add that the love of “blood money” was the root of evil in NEMA. The imperative of purging NEMA of these undesirable elements cannot be overemphasized here. We know that mankind cannot prevent natural disaster from occurring in our society; what about manmade disaster? What guarantee do we have, if we continue to harbor murderers’ civil servants in NEMA and expect venerable people to be safe in the country? For instance, these set of civil servants could connive with criminal elements in any locality to set fire on the village in order to go for humanitarian intervention. Through this, a civil servant can dubiously be claiming millions of naira as Duty Tour Allowance (DTA) and other allowances. The resultant humanitarian needs of the displaced people, like accommodation, food and other things that will be provided by government, will be supplied by their companies as they will be completely in charge.

The time for government to act on the indicted civil servants is now. The agency must be rid of bad egg; who are obviously not happy that sanity is returning to the agency. Also, to bring an end to obviously politically motivated strikes in the agency, the indicted civil servants must not only be dismissed, if found guilty, they must pay for their heinous crime to serve as deterrent to others. They want to continue with old business as usual, where diversion of relief materials was common place. They want to continue to see helpless masses in IDP camps in pain.